There are some performers that we have the pleasure of seeing on stage who bewitch, beguile and bewilder with their exuberance, their talent and their sheer ability to put on a show. Fatoumata Diawara is one such artist.

Born in Ivory Coast to Malian parents and now living in France, she is most certainly an internationalist, a lover of this planet who tours extensively. Although rooted in traditional West African Wassoulou music, Diawara’s sound covers a lot of bases. We hear the richness of soukous and highlife, of soulful funk and even dense shades of rock music, especially on “Ou Yan Ye”.

Having worked with a multitude of luminaries the world over, from compatriot Oumou Sangaré to Sir Paul McCartney, it’s not surprising that she has absorbed such a rich tapestry of influences. Miriam Makeba, Billie Holiday, Ella Fitzgerald, Angelique Kidjo, Sangaré and Nina Simone all get special mentions, citing their importance as trailblazers and flagbearers for female singers. They’re not just singers, they’re leaders too, both in their industry and in society. It would appear that Diawara sees herself in a similar position. From some funky guitar licks and a two-step groove resembling Miami Sound Machine’s Dr Beat, Diawara launches into one of her crown jewels, her rendition of Simone’s “Sinnerman”.

Highly emotive and evoking the essence of Nina, this is no ordinary cover version. It is at once both “Sinnerman” and Diawara’s unquestionable authenticity, rolled together to give a powerful result. Diawara launches herself into a dance, losing herself in the song’s deep spirituality. Her face covered with a white scarf, the crowd is whipped up by her relentless ebullience as she covers the stage with some Sufi style whirling, her movements echoing the desperate plight of the song’s chief subject.

Without running the risk of losing any of her audience, Diawara also talks a little bit about politics, about the importance of education and our children, and of Africa itself. There is plenty of coverage and talk of the negative side of Africa, of the poverty, famine and violence but in her view, not enough promotion of all the good, especially the arts, with music at the core. African rhythms help to connect so much of the world’s music, connecting so many of us in the process.  As with some of the great individuals mentioned earlier, Diawara is also now a figurehead, a spokesperson for an entire continent and beyond.

There’s plenty of space in the performance for the other members of the band to shine too. Diawara’s on-stage relationship with each of them is clearly visible. Her duel with the drummer was another highlight, a playful improvisation. The show concludes with the lively “Anisou”, as numerous audience members are invited on to the stage to dance along with the band, closing a stand-out concert. Genuine in every way, the time she spent with people out in the street afterwards bears testament to her warmth.

Shakespeare’s Polonius said, “to thy own self, be true” and this would certainly be a maxim that Diawara lives by. On stage, she is eminently believable, an artist with great depth and integrity.

Fatoumata Diawara started out as an actress before truly finding her voice in music. We are grateful that she did. 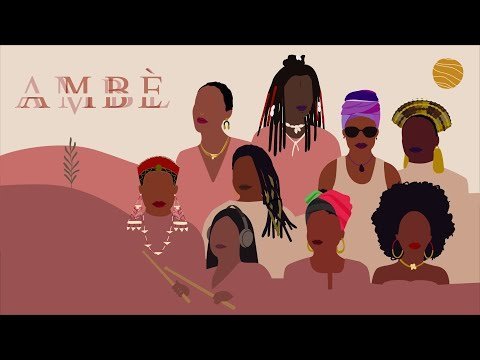