It is under the Overground railways in Haggerston, in a tiny venue newly opened by the Soundcrash family, that Japanese-born London-based electronic composer Anchorsong took the stage for a sold out two-nighter.

Surrounded by a devoted audience that was definitely not there by chance, the musician played an effervescent live set of around 90 minutes, which favoured his most danceable, energetic, catchy tracks. With some chatting and jokes in between, planned in order to carve out for himself the time needed to load samples and sounds, as he admitted in laughter, which contributed to a friendly, laid-back atmosphere. He didn’t let the audience get distracted by anything other than his performance.

Those seated couldn’t stay still and stood up soon to join the dancing crowd, boogieing so close to Anchorsong you could barely see him – just as the people at Echoes wanted. Apparently, the original plan was not to build a stage in the venue, and rather allow performers amid the audience. A little stage was there though on the night, or it would have been really difficult to even catch a glimpse of him from afar, but it didn’t prevent us feeling like we were next to him.

The gig wasn’t organised in order to promote new music – conversely, Anchorsong’s latest album was released almost a year ago now. Nevertheless, he did premiere a new, unfinished track, with darker tones compared to previously released
material, and also played an old tune he had never performed live before.

When he was about to approach the end, he switched his usual custom of going into less clubbier, more ambient sounds for even more rhythmic sounds, to the delight of a crowd that didn’t want to stop dancing.

Although the sound system did not provide the best listening experience, Anchorsong’s talent overcame this obstacle and delivered a flawless performance. 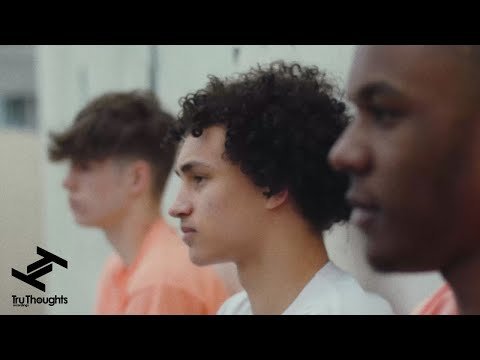