From South Sudan, the world’s newest country, came Acholi Machon – and what a remarkable story they had to tell! It’s a wonder the two members ever made it to the UK considering the nightmarish problems they faced just to get visas, with expensive treks to the Kenyan embassy via Uganda, having their belongings stolen en route and their first application refused – but they made it, and how glad we were to meet them! Our interview took place just before their mind-blowing performance on The Radio 3 Charlie Gillett Stage stage early on Sunday evening.

The tribe from which these musicians come is Acholi, and the band name Acholi Machon means ‘old Acholi’, perhaps indicating the importance that elders play in their community. Their songs send a message to their people such as ‘Who’ll Build Good Roads For Us?’, ‘Poisoned U.N. Food’ and ‘Leaders You Should Look Out For The People’s Benefit’. They are about living side-by-side with aid agencies and disease, and constructing a future in a developing, war-ravaged country.

Our interview began with a four-minute outpouring of words in Acholi from lukembe player Kornelio Odong Mulili (yet to be translated), and then the amazingly tenacious Gaetano Otira Tep Yer Yer took over from his band-mate to explain in English the backstory about life in their war-torn region, the hardships they have had to live with, the music and how they came to be at this WOMAD festival. First up, we wanted to know a bit about the music itself, and in particular the Acholi instrument, the lukembe, a type of thumb piano. We asked first of all how they learned to play.

This lukembe? We learnt it from our fathers. Our fathers knew how to play the lukembe, and when they played it we children saw it. After that we started to learn from watching what they did with their hands. My father showed it to me. When he started to play it I cried to him “my father, give it to me!” but he said “wait, wait, wait! I’ll give you one”. After that he made another – there are supposed to be two. And he played that one and I tried bit by bit to join in. Now he is gone, he’s dead, but he’s left that skill to me. I am continuing it through our father. In South Sudan there are many traditional dances. We came here with one, which is lukembe, but we left many others behind in South Sudan – the ‘ding-a-ding’, a certain dance all for girls, who perform it wearing their best clothes. Another one is ‘laraka-raka’, another one ‘habitié’ all for the women, only the women – that is their dance. Another one, ‘otolé’ is for men and women dance together. ‘Bola’ is with the skin of an animal. You tie it here [Gaetano indicates his waiste] – a monkey skin. You tie it and you dance with it. Another one is ‘Pinerel’ dance. During that dance you only play drums. Those are the traditional dances they have in Acholi, but in South Sudan there are many cultural dances from other tribes as well.

We wondered how much the effects of war had impacted on Acholi culture.

Our culture is very important because we don’t want to lose it. During the war we lost our culture. Now we have independence we need to renew it and let people know about it. In South Sudan the best songs are Acholi songs. If the president goes somewhere, when he comes back from his travels those who are from the Acholi people will welcome him at the airport. When we are doing our culture we are happy. We don’t want to remember outside things, only what brought us to do it. Now it is up to our generation to teach more people because this instrument, lukembe, it is for our traditional dance in our culture so for us it’s very important. We don’t want to let it go. We need all our children to know that this is our Acholi culture.

It had become apparent that these are people who have undergone extreme hardship throughout their lives, and the title of their new album ‘Lapwong’ (freedom fighters) indicates a darker side to the tribe’s history. The Acholi tribe was designated as the ‘soldier’ class by colonial rulers over a century ago and there has been fighting in the region ever since, so we wondered if Gaetano himself had been a freedom fighter.

I am a civilian. I didn’t want to join the way of fighting. Some people give their lives to fighting, but I’d rather run away. I need to support my kids, but to get a job is difficult. If you are not a qualified man you can’t get a job. I can grow only a small amount of food. Being a musician helps. If I’m rotating around the area someone says “you play this song for me” and they give me five pounds, but it’s not enough to support me. I give the money to my wife for food.

We asked Gaetano how difficult it was to get to the UK, considering they come from South Sudan, the youngest country in the world (it became independent from the northern part of Sudan in 2011).

Without Ian Brennan [the American producer whose travels in Africa led to him work with musicians such as the Malawi Mouse Boys and The Good Ones], it would have been impossible to come here. He worked very hard. In 2012 he travelled to Sudan and then said to people “the Acholi tribe, they know how to play this lukembe. Let them come to this venue” [WOMAD], and now we are here. We are so happy to be in the UK! We have another concert, a second one in the UK, and when we are back from here we are going to prepare more songs, which are ‘hot’ also. Even now the songs we are playing are ‘hot’ songs – they have a good meaning, but it’s difficult to translate into English. Yesterday we told the people about our culture, how we are from South Sudan, how we struggled to get visas, passports and so on, and now we have concerts in the UK we are exonerated

We were very impressed with Gaetano’s grasp of English and asked how he had learned to express himself so fluently in that language.

I learned to speak English from the people at a location like this where there were lots of English speakers. Because I know how to write Acholi, I’d start like this. When I heard someone saying “where to?” then I would write it in Acholi on my arm. I would go and ask somebody “where to, where to – what is the meaning?” and I learned like that. There are schools there [in South Sudan], but even me I tried to join the school, but the situation at home scuppered me. I couldn’t continue at school. I had many siblings. My father is already gone. I live with my mother, my wife and children, with my sisters as well and I support them all. If I’m not with them they don’t feel good. Now that I’m here my wife says it is hard to get food. What can I do for her? But I said “don’t worry, I will be with you soon”. We have delivered nine children all together, but four of them have already died. I have three sons. Three have already gone, the others have stayed alive by God’s grace. Two of them know how to play lukembe.

Despite this heart-wrenching tale Gaetano and Kornelio were obviously thrilled at the opportunity of getting their message to the people of the world at WOMAD, but they were equally impressed by the music from elsewhere in the world that they encountered at the festival.

We know that here in the UK they have many tribes – we have seen them on the stages at this festival- and all of those tribes have their own dances from their culture. But even though that’s true there’s no one else here from South Sudan. Is that not good!

It is very good! Against all odds Acholi Machon managed to make it to WOMAD, share their music and tell us their remarkable story. At this point in our interview we were interrupted as the band had to get ready to go on stage. The show that followed was refreshingly energetic, a powerful reminder of the importance of music in everyone’s lives and the role of musicians as cultural ambassadors in the world. We wish Gaetano and Kornelio of Acholi Machon, their tribe and families back home all the best, and hope for the continued survival of their living culture in peace. 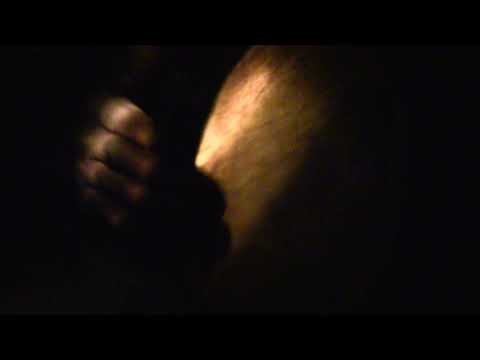 South Sudanese likembe duo Acholi Machon are back and ready to publish their new EP via Good Deeds Music.   Sons of South Sudan, which was produced by Grammy Award winner music producer Ian Brennan, will be released on July 9 “to coincide with the 10th anniversary of South Sudan’s…