Kefaya is a concept which goes far beyond the Egyptian word meaning “enough”. If you followed the events during the Egyptian revolution of 2011, you already know that it is also the name of the protest movement which went on to spark the revolutionary fire, but Kefaya was there before the events of 2011 and is still active more than five years later, becoming synonymous with social cohesiveness and resistance against oppression.

Inspired by the momentousness of the word, guitarist Giuliano Modarelli along with piano and keyboard player Al MacSween formed an identically named music project in 2012. Just like the term, the two musicians aim to go beyond the boundaries of style and formation. Defining themselves as a collective whilst keeping an open mind about the music they play.

We met them after their performance during Mosaiques Festival at Rich Mix last month and we started our chat around the basis: their name and music…

Al explained us: “We chose to call our band Kefaya, because we wanted to find a name that could make a political statement and connect with the protest movement. We were really inspired by the things which were happening in Egypt and Tunisia and people were calling it the Arab Spring. It was a really fascinating revolutionary moment, but at the same time it was becoming a problem for the Western narrative standard. If on one side, people were like ‘Muslims are all this kind of antidemocratic extremists’, on the other you had these huge movements of people fighting for democracy and their rights. That was something we felt really connected with”.

Giuliano helped us to understand the connection between the band’s name and the music they play: “First of all, some of our music is not necessarily inspired by those regions. Some of it is, but our music is quite eclectic in that sense. The reason why we chose that name is because, as Al said, in the Western narrative, Muslims are related to Islamophobia. So, choosing a name like Kefaya was also a celebration and acknowledgment of their struggle”.

We wanted to understand more about Kefaya music and we asked Al to explain to us, their choice to be an instrumental band. “We started as an instrumental band and still largely play instrumental music. So it’s not that necessary that we express our beliefs through lyrics or poetry: we try to connect with listeners in other ways. For this reason, on the album, we used a lot of samples of people that speak, like musicians. We also give some certain titles. Then, another example is a song we play, which was written by a great Palestinian composer. So, we make some gestures through our music and titles we gave to the tracks. We try different ways to connect, ways which are alternative to the lyrics”.

Despite the fact that both Giuliano and Al are today based in London and form an integral part of the English capital music scene, their project came to light in Leeds. The guitar player called to mind Kefaya’s first steps, “The project started with me and Al, and over the years the other musicians have changed. I met Al in Leeds, where we were studying at the College of Music. There’s quite an interesting scene in Leeds, even if it’s a small city compared to London. So we started playing together five or six years ago”.

Al continued saying “Leeds is a quite interesting city for musicians, because there’re some strong scenes. There’s a really big Indian classical music scene for example, with amazing Indian classical musicians. We have been very influenced by them and we were really lucky to have a teacher at the College who introduced us to many of them”.

As Giuliano explained to us, Leeds’ cultural scene was the driving force of the project: “The thing in Leeds is that you have all these different communities that develop their own scene and things sometimes are quite disconnected. Somehow, when you find people that have a common interest, they can form a bridge between different scenes. So me and Al have very different interests, for example Al was playing with Cuban musicians, while I was playing with Indian musicians. But then, when we started playing together, I eventually met some Cuban musicians and he met Indian musicians, so you create this fusion between traditions and styles”.

Al also affirmed the importance of building a relationship with other musicians and developing new relationships with traditional sounds: “Then you find these very traditional musicians, like Indian ones, who are really well studied in their traditions, but they are interested to branch out as well and do some things which are not purely traditional. So, when they meet people like us, who are coming from a completely different background, but have a genuine interest in their tradition, they want to try something different. They look forward to playing with people like us, because we kind of understand where they’re coming from, but we also bring something different to that. So the key was always this kind of melting pot, which sounds quite like a cliché, but it was really working in that way, because you just had to start playing with different people…”

Giuliano expanded the concept “It happened organically, it’s not something that you consciously decide, like I’m going to do this and then that… You just spend time in the community, where these musicians exist and have deep roots. At the same time, they also have this openness and curiosity to learn”. 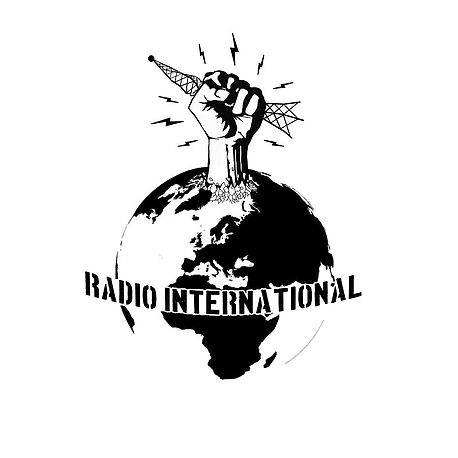 Those were also the foundations on which they built Kefaya’s debut album Radio International. In fact, Al confirmed “That’s really where the songs of the album come from. We wrote them after being influenced by the people we were playing with and taking some influences from Arabic and Indian classical music. Once we started writing these songs, we thought, we’d really like to involve other musicians to play with us on different tracks. Then Giuliano was in India and we have one track which is really influenced by Indian classical music. So he said ‘there’s this great vocalist in Kolkata, we must have this guy on one track…’ and we kind of developed the project in this way, because we have multiple influences”

To better understand what is influencing Al and Giuliano at the moment and what types of music they are listening to, we asked them who they’d like to work with going forward.

While Al told us “This year we listened to a lot of gnawa music. We have been to this Festival in Essaouira…so yes, that’s something. Then, we have recently played with Olcay Bayir, who’s an amazing Turkish singer based in London, so we have started to listen to more Turkish music. And we are making a new album now with Elaha Soroor, who’s an Afghan folk singer and we have been listening to some amazing Afghan folk music too. There’re things we’re quite committed to, like when we got to India to study there. While, when you live in a city like London, you come across certain musicians and suddenly you’re thrown into their world and styles of music”.