This year there have been debut albums, and then there has been My Enemy, My Love by Mentrix (née Samar Rad). From sacred electronica à la Aisha Devi rubbing shoulders with The Master Musicians of Joujouka to music videos that were Sufi-versions of M.I.A.’s ‘Bad Girls’, everything indicated a singular creative vision. And yet a thorough search only yielded a handful of vocals featured on German dance labels. I was intrigued. How did Samar come up with that?

It turns out we live in the same area of Berlin, so we agree to meet at a café near trendy Boxhagener Platz. Living in the techno capital means you get to enjoy the “boom-ch boom-ch” everywhere; even at the hairdressers, or with your mochaccino. “This is as close to a rave as it gets,” Samar quips to the baristas on her way to our table. Her bubbly and humble manner turns the interview into an extended lunchtime discussion with a colleague.

Growing up in 1980s Iran was the opposite of social distancing. Samar’s grandfather had accommodated a total of five families at his house on the outskirts of Tehran, well away from the potential civilian targets. “It was a full house. I was really happy about that, as a child. There was lots going on. And you’re sort of unaware of the reality.” But when she was eight, her parents decided it was no longer safe for them to stay. “And then one day, we were just off to France. It was sold to us by my parents as ‘we’re going on holiday.”

For Samar, Paris was a soul-destroying experience. “I was really pushed to get  a scientific degree. I would have been ashamed if I had pursued art.” That meant an MA in economics. “I was working at a Fintech company and every day I was looking for an excuse not to go there. That whole journey of constantly doing things that you just don’t want to do, things that are incompatible with who you are. It was one of the hardest times of my life.”

However, it sounds as if an exit strategy had already been in place: “I had set up this little association on the side with some friends and I was organising some gigs for the Iranian community. I was listening to a lot of music, and I was absolutely fascinated by it.”

Over the next ten years she would learn to play daf [large Persian frame drum, ndr], be taught by the brother of Mohammad-Reza Shajarian “who’s like the Pavarotti of Iran”, and study Dastgāh, a classical format of Iranian music.

In 2006 she met her future husband, Fin Greenall (Fink), a prolific British songwriter-producer, and eventually moved to his place in Brighton. Fin’s enormous influence on Samar becomes apparent very early on in the interview. His presence is so strong I picture him sitting next to his protégé, ready to join in the conversation at any moment.

To say the four years in Brighton were vital for Samar’s artistic development would be an understatement. “Fin had a really steady situation, he was busy touring a lot at that time, so I was a lot on my own at home, which had a studio with all these instruments.” What’s more, her creative process was aided by significant cultural differences. “I had this feeling of complete liberation because in France the mentality is, anything you want to get into, you need to have a certain academic background for it, otherwise you have no credibility.”

By contrast, one of the unexpected upsides of the class system in the UK was a hands-on approach prominent in music. “I was really drawn to this punk mindset: you just play two chords, and what is really valuable are your melodies and your voice and what you sing and what you do. I picked up a guitar and started playing chords and writing songs.” These early sketches of Samar’s writing mixed with Iranian melodies would turn into fully-fledged songs, namely, ‘Nature’ and ‘Dreams’.

In July 2015, they moved to Berlin. Some well-known music companies have offices here, and the artist endorsements are much sought after, so it is no surprise that Samar found a software for her studio. “That really helped in creating my own ideas much quicker and communicating them easier.” With the gear set up, her husband behind the mixing desk, it was time for Samar to record the album. “I’d definitely say that he’s very patient. Because I would move things around so much. Luckily, we musically understand each other.”

While it’s easy to lose yourself in the breathtaking landscape created by the syncopated rhythms bouncing off cracked concrete, you can’t ignore the unbearable sense of yearning – almost heartbreak at times – that permeates the album.

“Throughout those years in Brighton, I went through highs and lows emotionally in my relationship with Fin, in relation to who I am. I wish I would have dealt with things in a different way. My Enemy, My Love, and Igneous Sun, even Longing, represent those emotions. Those are very dear tracks to me because the journey begins at this place of exploration and innocence, and then all of a sudden you are flown into the abyss of… of…” Her voice breaks. And as she casts her eyes down for a brief moment, there is no doubt in my mind that what she sees is the very same abyss. “…I want to say of the test, when you are seeking to find your true self, you will be tested. And I… I felt that test. And that feeling was the heartbreak that you are talking about.”

As we exit the dimly lit café and step out into the bustling, linden tree lined street, I experience an epiphany. Going to the ends of the earth to find your voice is simple compared to what you will find on the way there: the rest of yourself. But what other choice do we have? 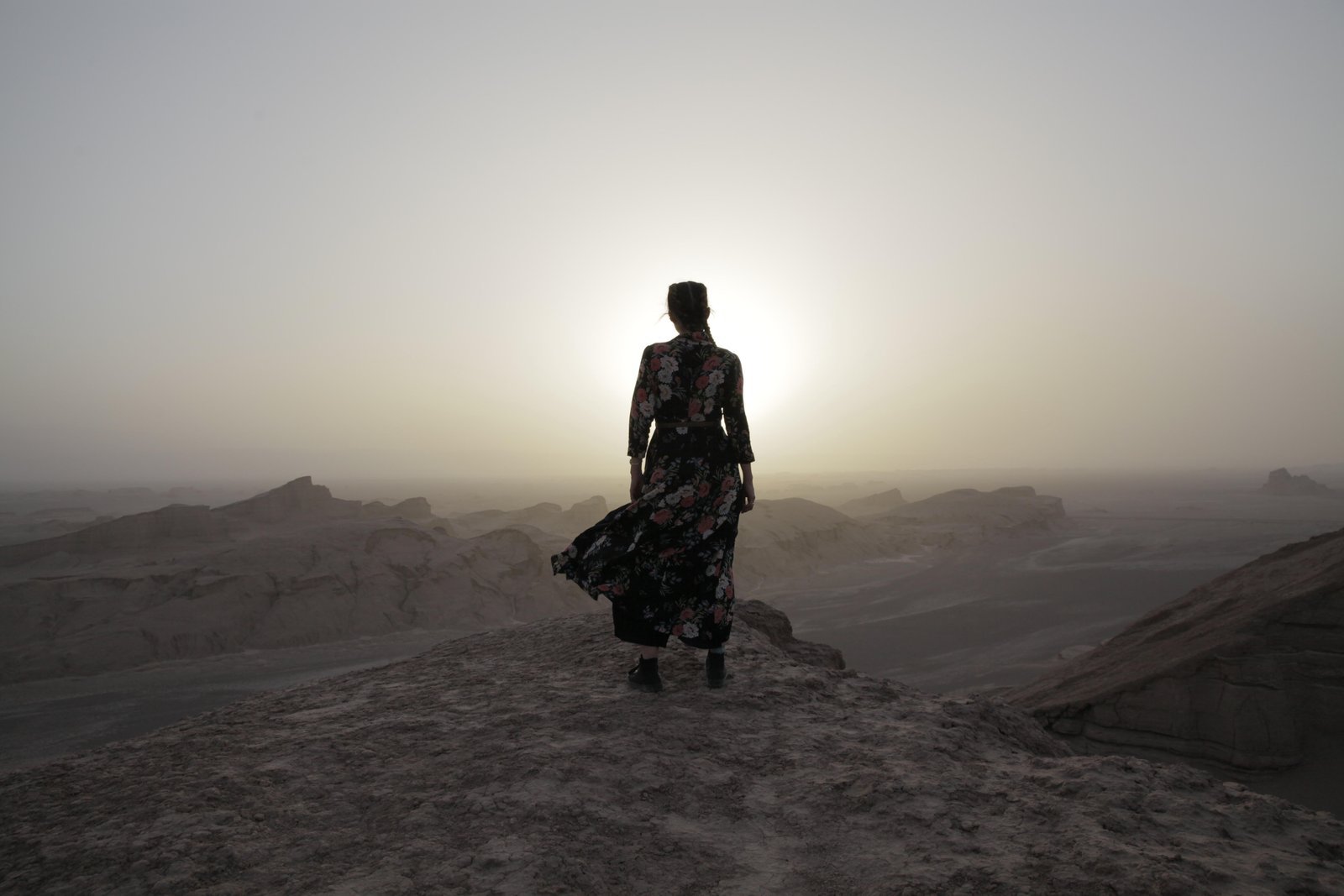