Since 2017, we have been lucky to have the opportunity to write about and shine a light on Esinam’s music career following it step-by-step and release-after-release. We started with her very first single (Electric Lady, in partnership with Belgian-Congolese imaginative musician and producer Ibaaku), followed a year later by her debut EP (Esinam, out on Sdban Records) and here we are interviewing her a few days after the launch of her brand-new LP Shapes in Twilights of Infinity via W.E.R.F. Records and a few weeks before her London gig on the 22nd of September at Rich Mix.

The Brussels-based Belgian-Ghanaian multi-instrumentalist has constantly intrigued our ears with her genre-defying and ever-evolving sound recalling her West African roots and blending them with the all-encompassing Brussels’ soundscape ranging from electro-pop to alt-jazz.

So much so, in light of her “new dawn”, we asked Esinam a few questions about the latest steps of her music career…

It looks like we are following every major happening in your music career step-by-step. We firstly “met” for your debut single, then an interview on the release day of your first EP and now, only a few weeks away from the publication of your debut album… How and how much has your music changed in these years?

I think the music keeps on going, the new album is a continuity. I keep growing as an artist and as a musician, my music follows too. I can’t wait for my album to be out, I am looking forward to it!

I’m quite a fan of forewords and introductions, even more so if written by the authors themselves. So, let’s try to present “Shapes in Twilights of Infinity” in a few words…

The title is a poetic phrase: “Shapes in Twilights of Infinity”, each song can be a shape in twilights of infinity, with the idea of having different horizons where everything is possible.

For me, I feel in the whole album that the sensation of cycle is very present, rhythms or melodies that come and go again. I like to let the audience be free to have their own vision and feelings about it. But to say more, I think the music translates the idea of new hopes, changes, freedom, and also transmits a kind of spiritual vibes and grounded sounds. Each song has its own colours…I hope to transmit the feelings and emotions I put in my music. Feelings that only music can “translate”, no matter the style.

Also, these repetitive phrases that go with the album, it’s a sort of “mind-set” or “mantra” linked to it: “Nothing is lost, Nothing is created, All is transformed…Forever to Infinity”.

Is there anything in particular we should know before listening to the album or something you’d like to point out, explain or even reveal?

Just open your ears, mind and heart to listen to it and… Enjoy!

How was it to work on a similar and significant project for your career in such a delicate period and how much have the current events (from the pandemic to the BLM movement and social unrest) shaped your songwriting in the last couple of years?

This whole period was, and still is, very complicated. It’s hard to keep on going with our work at the moment because we don’t know how the world’s situation is gonna be in the next months.

I had a period without finding the energy to create. When anxiety is too strong, then you just try to live day by day. Being aware and grateful for the privileges I have and trying to stay positive and strong is important. The world, this crazy world, is hard to handle, but Art helps us for sure.

Like a lot of other musicians, I had a lot of cancellations because of the pandemic. I was feeling lost. Everything has been extremely delayed. But finally, my team and I made it happen now so I am very happy and I can’t wait for it!

“New Dawn”, the first single extracted from your upcoming album, features London-based visual artist, filmmaker and poet Nadeem Din​-​Gabisi. Can you tell us a bit more about the collaboration and how did the song come about?

I met Nadeem back in 2014 in New York during a trip. Then, we met several times in London with friends in common. He is an artist that I appreciate a lot. I knew that it would be great to collaborate, so I asked him to add his spoken wor(l)d to the song. I was in Ghana shooting the video during the time we were collaborating, so the music and the poetry were linked. The music is inspired by Ghanaian afrobeat among other musical inspirations I like to mix.

The power of rhythm and percussion is combined with a poppy melody that draws from underground soul music. I collaborated with my sister as a dancer and choreographer. We co-directed the video. Dancers are part of the identity of it.

The song also enjoys a striking video. I remember that the same happened with your first single “Electric Lady”. What’s the importance of visuals in your art and how do you employ them to convey your music messages?

Visuals are important, I see it like a way to complete the music. New Dawn’s video is an extension of the music.

I wanted to shoot in Ghana because the music is connected to my roots and my history. We shot it in the Accra and Volta region (where my grand-parents come from). It was great and challenging to capture a lot of great frames, drone’s views and amazing landscapes with lights from sunrise to sunset. It is a video made with symbolic and picturesque imagery.

Despite you having collaborated with many artists, you are still pretty much a one-woman-band.

How does your creative process work? Do you usually have a “method” you follow when you compose or it’s all about the here and now and inspiration of the moment?

I don’t have a particular method. It’s more about the here and now, I follow my intuitions and my heart. I do my best and I try to be the most honest to what I feel or what I’m trying to say, or transmit through my music.

Despite your roots being entrenched in West African culture, you have modelled your musicianship and songwriting in Belgium and Brussels. How do you feel about being part of the Brussels music scene and how much the city is influencing your music?

Brussels is a nice city, the music scene is rich and eclectic. A lot of good bands or emerging artists to discover. It is when I move, come and go, travel, meet new people that I have more inspirations coming.

Is there any up-and-coming Brussels or Belgian-based musician/band we should discover and listen to?

Dorian Dumont, for example. I love his new album (piano solo). He recorded Aphex Twin’s music playing it with an acoustic sound and messing around, improvising with the songs. Go listen to it!

And if you are close to Brussels, come to listen to him live, I invited him to play the opening act of my release album.

Are you listening to any particular musician/album/genre in this period?

It is always changing but for example this morning I was in the mood to listen to Betty Davis, Al Green and Aretha Franklin. I love Hiatus Kayote, how they sound, with their unique merge of influences. And also an album that brings you peace of mind is: Promises by Floating Points & Pharaoh Sanders.

I’ve read that you already have quite a few live shows planned for the next weeks and months. How much have you missed being on stage and having first-hand contact with the audience?

I missed it so much. I am looking forward to being on tour again. It feels good to be back to live music, sharing live music with the audience is so important. It is where the connection and the magic happen.

We already talked about your upcoming album and tour… Do you have any other plans for your busy future?

Go back to Ghana and enjoy it! Lots of ideas/projects are coming for later in the future. 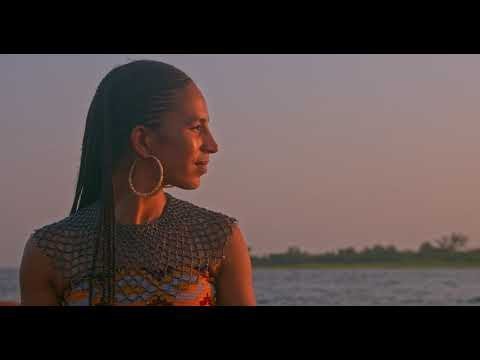