We are glad about the fact that the music lovers at Bandcamp haven’t lost their good habits and also in 2021, they will keep on supporting musicians and labels through their Bandcamp Fridays.

As it happened on the first Friday of each month throughout 2020, also this year Bandcamp will indeed waive their revenue share, to allow music fans to put their money directly “in the pockets” of artists and record labels.

We also want to keep on supporting the initiative in our small way, suggesting 10 ways to participate… Enjoy and take note of our picks for the first Bandcamp Friday of this year and listen to a playlist with some of the most exciting new tunes you can find on the platform right now…

Various – Excavated Shellac: An Alternate History of the World’s Music [Dust to Digital]

There’s already quite a lot of hype around this gargantuan 100-track collection, but it’s all well-deserved.

With Excavated Shellac, Dust to Digital, a referential project set in motion in 1999 “as a way to take action to ensure the sounds and recordings of our past would be preserved”, has released its very own guide to the music world.

Track after track, you will indeed experience a journey in time and space, into the “incredible world of global recordings that aren’t jazz, blues, country, rock ‘n roll, R&B, or classical” with each one of the hundred chapters representing a distinct tradition from Afghanistan to Zanzibar and musical vintage between 1902 and 1967.

Here’s another remarkable compilation, narrating the brand-new adventure undertaken by one of our favourite music explorers, Samy Ben Redjeb.

His musical wandering brought him to Nigeria where, for the latest Analog Africa release, he exposed and depicted the origins and development of Edo Funk.

Appearing in Benin City (in the southern part of the West African country) in the late 1970s and deriving from highlife, Edo funk established itself as an unadulterated blend between traditional Edo music, organic funk and hints at “imported” influences like psychedelia and synth-pop.

Edo Funk Explosion is an enlightening introduction to the still obscure style and some of its living legends like Osayomore Joseph and Akaba Man.

For the next entry, we remain in Africa. We reach Soweto, where Urban Village have just released their debut on French label No Format!

Titled Udondolo, the album is a good-and-proper cross-section of Sowetan life with stories, folktales, characters, imaginary, sound and music styles from the ‘urban village’.

Musically, there’s a Pan-African world in Udundolo, a world represented in Soweto as well. From traditional Zulu and maskandi ingredients to afro-funk, gospel, jazz and jive elements, everything enriched by some exquisite songwriting.

A little gem from the Turkish past… Thanks to London-based Turkish-devoted label Arsivplak, we are offered a sneak peek into TPAO Batman Orkestrası‘s story.

The band, founded in 1963 as the official ensemble of Batman’s refinery (in South-Eastern Turkey), holds an important place in Turkish folk and pop history, also becoming one of the foundations through which the Anatolian-rock revival has developed throughout the last decades.

After winning several music contests, the TPAO Batman Orkestrası’s fame reached the four corners of Turkey thanks to countrywide live performances and a forward-looking sound able to amalgamate the traditional Anatolian repertoire with Western-oriented influences like psychedelia, beat, prog and funk.

In times like these, all we need is some intoxicating funk. Even better if it comes from the Mediterranean capital of the style, Naples.

The Funkin’ Machine consists of some of the latest characters to enrich the exhilarating Neapolitan funk scene. The band, which debuted in 2017, has cultivated a pretty distinctive sound built not only on the aforementioned funk, but on plenty of disco arrangements, psychedelic touches and a Mediterranean approach to collate and inflame the mix.

Allerta Meteo, their brand-new album out in a few days’ time on Periodica Records, will turn upside-down your lockdown with a deluge of funky grooves and sunshiny beats.

Delvon Lamarr Organ Trio – I Told You So [Colemine Records]

…And after some Mediterranean heart-warming funk from Naples…some jazzy and soulful funk from Seattle.

Despite having released only one album, Delvon Lamarr Organ Trio don’t need any introduction. Since 2015, the trio led by organist Delvon Lamarr releases quality notes for Colemine Record, spreading their distinctive vibe which sounds teleported straight from the late 1960s Stax Records catalogue.

Their second studio effort, I Told You So, is another striking “groove offensive” and you’re inevitably going to be caught up by its inexorable dynamism and rhythmic flow.

It might be “only” a half-an-hour long six-track EP, but still Looking at You by Botswana-born New York-resident Lollise stores the (Afro)world in those 30 minutes.

The musician, visual artist and fashion designer (former member of Akoya Afrobeat, Underground System and the band behind the musical Fela!) has finally decided to go solo and disclose her very own musical experience and influences from afrobeat to funk and Afrofuturism to R&B.

What transpires from the album is indeed a characterisation of its author. Looking at You is fresh, buzzing and far-reaching Pan-African work, shining a bright and soothing light on these days, without forgetting to discuss thorny subjects with a committed social voice.

Despite having released a remarkable album less than a year ago, Chilean singer/songwriter, multi-instrumentalist and producer Rodrigo Gallardo is already set to delight us with a brand-new work dedicated to women and their energy, “something you can’t rule, buy or destroy. An energy which is creative, powerful and essential in these times“.

With Indómita, Gallardo elevates his socially driven songwriting even further, appealing to the most organic aspects of Chilean and Pan-Latin folk imaginary and repertoire. By doing so, he fulfils his ideal of folktronica, where folk recall and pay homage to the nueva cancion masters like Victor Jara, Atahualpa Yupanqui and Violeta Parra, while the more contemporary elements are entrusted to dilated and magnetizing downtempo arrangements.

If you’re London-based and ever had a Latin-music fuelled night-out in the last 15 years, it’s more likely than not that it was a Movimientos-branded party.

The Latin-dedicated party-starters and label have just turned 15 and decided to celebrate in their very own way by releasing an exciting compilation featuring some of the musicians, bands and DJs with whom they shared their musical path.

Among the 19 chapters on the album, you will meet artists who inflamed the Movimientos events, released their albums/singles on Movimientos Records or who are “just” friends of the Movimientos family bringing to view the full spectrum of Latin American and Afro-Latin sounds.

What’s more, “100% of the profits generated from the compilation sales will go toward supporting Latin migrant communities in the UK impacted by COVID-19”.

We close our list by going back to South Africa for the debut album of Fantasma, a Soweto-based collective formed by Spoek Mathambo, DJ Spoko, Andre Geldenhuys, and Bhekisenzo Cele.

In 2014, the band embarked on the “mission” to redefine some of the South-African music canons. They shaped a new music style called Guzu, gathering together many of the expressions enriching the South African cultural underground.

From maskandi tradition to shangaan electro, township tech to hip-hop, afro-house to bubblegum pop, Free Love will amaze and excite your ears with its many perspectives and aspects. 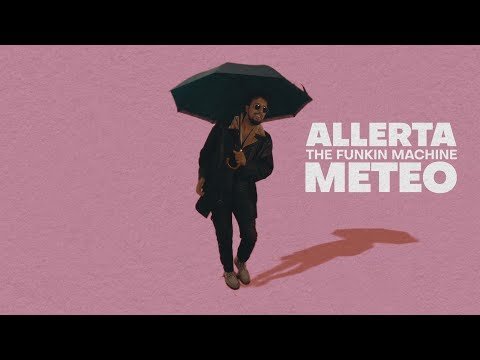 ‘Allerta Meteo’ is the new single by Naples-based funk band The Funkin’ Machine.   The track is part of their upcoming debut album out on Periodica Records on February 22: https://periodicarecords.bandcamp.com/album/allerta-meteo 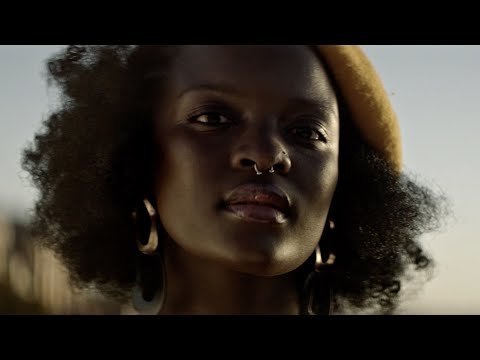