We don’t usually like to play favorites, but when we bang the drum for works involving Rhythm Passport family members, that’s because they fully deserve to be shared and reach you.

That’s the case for A Waltz in New Orleans, a musical play which will be presented live at the Cockpit Theatre in London on Tuesday. The original work was written and narrated by our very own Lucas Keen, who as well as being a talented drummer, Seby Ntege band member and a music teacher, also curates the podcast series Rendez–Vous à Bobo on our webpages.

If you follow the section, you might have already known of and enjoyed what we are talking about. A Waltz in New Orleans is indeed one of Lucas’ rendez-vous with the “greatest jazz musician you’ve never heard of”.

The show came to life last year as an original radio play commissioned for The Library Presents In Your House and funded by The Arts Council England.

It retraces the history and many stories (real and made-up) behind the birth of jazz at the debut of the twentieth century in New Orleans. It does that by following the words of a narrator, a fictional “drummer who might just have invented the genre”, and the original notes performed live by a quintet featuring Lucas himself as well as the remarkable South African trumpeter and composer Claude Deppa.

On Tuesday, head for the Cockpit Theatre and join Lucas Keen waltzing on, narrating and romantically retracing the origin of jazz in A Waltz in New Orleans. What’s not to like about midsummer parties? The longer the day, the longer the party, they say, so join us on Saturday the 25th of June at the Post Bar in Tottenham for a good and proper musical bash featuring sounds from all over the world! It all starts at… 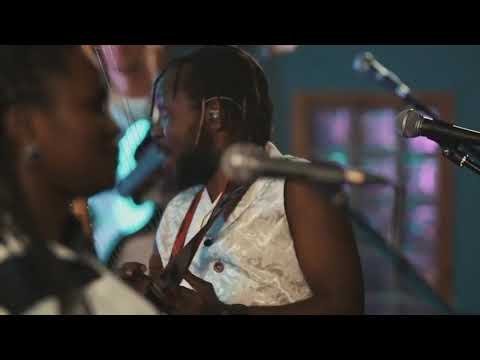 Check out Ugandan singer/songwriter and multi-instrumentalist Seby Ntege and his band performing a live rendition of ‘Akawala’ for African Night Fever.   The song is a first snippet into the band’s upcoming album Nyonyi Nyange.   You can find more info following this link: https://sebyntege.co.uk/