Everyone is wondering why these four Oxford-based guys sound so exotic, sing in Zulu and chose to start a project related to traditional South African rhythms like maskanda.

But, if you’re in tune with the British music scene, the surname of two of the band members (Steadman) should ring you a bell or two.

The brothers are indeed part of Stornoway, a band that despite representing an inspiring expression of British folk also hides some unusual and offbeat references.

Then, if you add that the Steadman brothers were born and bred in South Africa this should dispel all doubts and tempt to join them for the next gig that they will play on the Old Queens Head’s stage under the The Nest Collective’s wing.

To change the compass direction to the night, the violin of Bridget Marsden and accordion played by Leif Ottosson will infuse the venue with Scandinavian atmospheres and “classical folk” feelings. 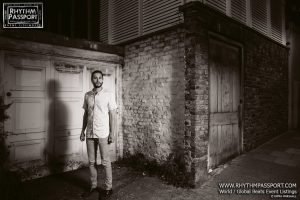 Few months ago, when we interviewed the legendary South African music regents Mahotella Queens after their gig at WOMAD, they revealed something to us. “We recently played in London with a band called Count Drachma: three white guys playing Zulu music. They were playing our music and they were white!…