‘New Folk, Old Folk & No Folk’ and even more… This July, challenge your dizzy heights and ascend the Queen Elizabeth Hall up to its Roof Garden and you’ll eventually enjoy the view and some uncommon and fascinating sounds.

During the last ten days of the month, the Nest Collective (in collaboration with Southbank Centre) presents the 4th edition of their Summer music series called Folk with Altitude. The roof of the South Bank venue will temporarily transform itself in a stage hosting some exquisite performers coming from traditions which are poles apart.

Maarja Nuut, with her voice and fiddle, gets things going on the 20th. The Estonian musician (who we interviewed at Womad last year) brings her dreamy Baltic electro-folk to London and won’t need too much effort to enchant everyone on the Southbank roof and under the stars.

Meanwhile, on the 28th, Haiti and Vietnam will gather on the same stage. Chouk Bwa Libète and Hanoi Masters will give life to an intriguing cultural experience invigorating the century old Vodou tradition and its rituals, while also reviving the dark years of the Vietnam War and songs writing in that period.

You won’t require any walking boots, crampons or an ice axe to enjoy Folk with Altitude gigs. You’ll just need to be curious about other cultures and have an ardent desire for good music. 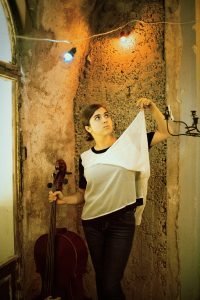 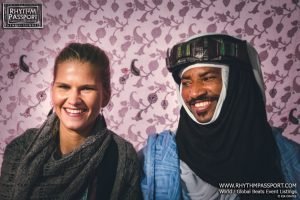