Getting excited about the festival season entering into its hottest month? Looking forward to sunbathing under the Croatian or Portuguese sun? We don’t blame you, but don’t underrate what’s happening in London!

Throughout the first two weeks of July, Innervisions Festival will indeed bring to the British Capital some tempting acts and you are going to be more than happy to postpone every holiday dream for a while.

From Tuesday 3rd to Saturday 14th July, the Roundhouse, Barbican, Koko, Eventim Apollo, Union Chapel, 229 and Under The Bridge will host more than twenty shows, exposing some of the hottest names in hip-hop, soul, funk, electronica, reggae, afro-pop and half a dozen more music scenes.

In the treasure trove of quality musicians that is Innervisions 2018’s line-up, we have picked a few highlights…

On 5th July, we’ll head to the Roundhouse for a good-and-proper up-tempo legend. Jimmy Cliff is indeed one of the protagonists of Jamaican music and, at 70, he’s still an inexhaustible source of inspiration for younger reggae, ska and rocksteady musicians. Cliff will be supported by 3 The Hard Way, a quite extraordinary collaboration between three remarkable musicians: David Hinds from Steel Pulse, Brinsley Forde from Aswad and Dennis Bovell.

If you’re not up for upbeats, we have an alternative. Koko will host a fully urban sound night with the refined hip-hop of Oddisee supported by The Good Compny and Polish septet EABS (Electro Acoustic Beat Sessions) bringing together jazz with jungle, hip-hop, and electronica.

On the following day, Koko again present some of the most intriguing names in alt-jazz, nu-soul and hip-hop. We are talking about Moonchild, Alfa Mist and Eric Lau. Moonchild are a trio of talented multi-instrumentalists from Los Angeles, who brought a good load of eclecticism to the West-Coast nu-soul, blending soul and R&B with dreamy pop, shoegaze and jazzy soundscapes.

Afla Mist is instead one of the up-and-coming names in the London urban/alternative jazz scene. Despite growing up in East London surrounded by hip-hop and grime, he lately felt in love with Miles Davis and Hans Zimmer and found a way to fuse all those influences together in an original and forward-looking blend.

The third name on the bill is the one of Eric Lau. Since his debut more than ten years ago, he has offered his creativity to the service of many remarkable musicians (like Jazzy Jeff, Chris Dave and Oddisee), but he has also been able to define a niche for his own music in the hip-hop and R&B UK scene.

For the third suggestion, we have chosen the all-female Afro-Cuban double-bill, going on stage at the Barbican on Monday 9th July, when you will have the opportunity to enjoy the Malian and African icon Rokia Traoré and the bright and sparking musicianship of Cuban Dayme Arocena. The two musicians have developed their own personal way to pay tribute and bring forward their own traditions (the West African griot for Traoré and Afro-Cuban Yoruba for Arocena) rising among their finest interpreters.

The fourth and final show we’d like to recommend is not the one of the Godfather of Funk, George Clinton, together with Parliament/Funkadelic (on the 8th at the Roundhouse), which should already be one of your picks, nor the one of Me’Shell Nedégocello (on the 11th at Under the Bridge), which would be another no-brainer. Instead, we opted for two less “universal” but still gifted acts, Werkha and Richard Spaven Trio, playing on the 100 Club stage on Tuesday 10th. Werkha is possibly one of the brightest talents in UK electronica, which he enriches with West African rhythms, soul, funk and an all-encompassing experimental appetite, while Richard Spaven is a top-notch jazz drummer, who has grown into an accomplished composer and producer of cinematic and atmospheric tunes.

There’s no need to say that, thanks to Innervisions 2018, you’ll be spoilt for music choices this July. 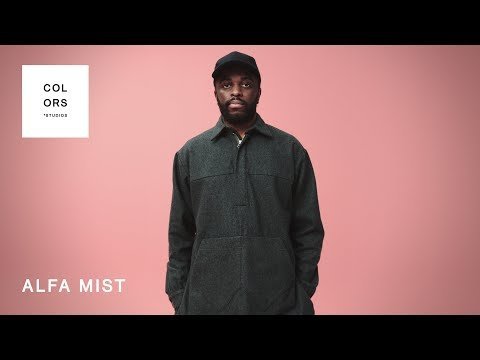 Enjoy East London producer, pianist, bandleader and MC Alfa Mist performing ‘Organic Rust’ during his COLORS session.   The tune is taken from his upcoming album Bring Backs out on April 23 via Anti- Records: https://alfamist.bandcamp.com/album/bring-backs   “On his new album Bring Backs the producer, self-taught pianist and rapper takes us… Welcome to Oddisee’s The Iceberg, where the obvious is not a third of what is not obvious: Look under cold water and you will encounter miles of commentary, innuendos, etc. His album is pleasantly loud but lacks in the originality of big-budget hip-hop, perhaps because he didn’t have the money…