Back in the early 1980s, he was arguably the first musician to introduce the British audience to Congolese music.
After having displayed his talent all around Africa, he moved from Kinshasa to London and quickly became a sincere music ambassador of his country.

Today, thirty years after his move and half a century after his début, Mose Se Sengo “Fan Fan” hasn’t lost his momentum and energy and hasn’t even forgotten how to drive his audience crazy.
This should be a good reason to enjoy his forthcoming gig on The Forge stage part of the 2015 edition of the London African Music Festival. 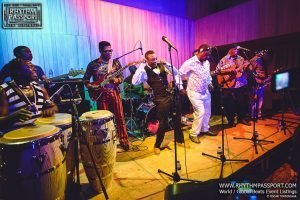