Featuring at some point nearly all the greatest and leading exponents of African and Asian music at the festival this year’s line-up shows the care and wealth of love for the music that is reflected in the programming.

It’s thrilling to see this year’s line-up and the artists I have never seen before performing at WOMAD and some serious greats alongside. I’m very excited to see Mauritanian singer Noura Mint Seymali, I loved her debut album “Tzenni”, soulful and beautiful. I fell in love with Mauritanian music when I first saw Dimi Mint Abba at WOMAD in the early ‘90s.

As a Fan of the legacy of Cuban music I will be checking Ibeyi, French Cuban twins, Naomi and Lisa-Kainde Diaz, daughters of the late Cuban Master percussionist Anga Diaz. From what I’ve heard I think they will be a stand out act for the weekend and combining their inheritance of their late father’s Yoruba culture filtered with their unique combination of percussion and vocals in English and Yoruba with music from their urban landscape, it’s acts like this that keep the music moving forwards.

I’ve always had a great yearning for the music of Tango, so Argentina’s Orquesta Tipica Fenandez Fierro should be one not to miss and a delight.

New Zealand’s Delaney Davidson is another great artist whose recordings I enjoy and am looking forward to seeing live for the first time. Great songs and with a legacy of stories and tales and beaten up folk swamp blues. Go and see him!

I’ll be catching up with my former Egyptian Tabla teacher and friend Hossam Ramzy, whose live performances are always an education; tons of rhythm and melody and stunning musicianship. Hossam’s just the best.

WOMAD has always had a finger on the pulse of dance and club music from around the Globe, this year a feast of artists for the head, heart and feet – I will be enjoying the mighty Shantel & Bucovina Club Orkester who are always brilliant live. Legends De La Soul, and I highly recommend Ghost Poet.

From Nigeria another performer I want to see this year is Orlando Julius and the Heliocentrics.

Red Baraat will be another highlight live, their albums are amazing, not to be missed.

Great to have the legendary Tinariwen performing this year, such a fine live band and with a remarkable cultural and musical legacy.

See you in the field of play. After a much awaited comeback in August 2016 with the release of their first album in 12 years, and the Anonymous Nobody, legendary American hip hop trio De La Soul are now on a tour that will touch down in London on Friday 10th March, at the similarly legendary venue… Noura Mint Seymali’s latest release, Arbina (Glitterbeat Records), is probably one of the most unusual and intriguing albums I’ve ever listened to. As someone who unfortunately isn’t very familiar with West African music (let alone that of Noura’s homeland, Mauritania), my first taste of her album initially left me slightly… 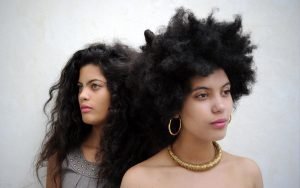 Rhythm Passport was delighted to be offered an interview with Mauritanian singer and ardin player Noura Mint Seymali after her set – warmly received despite the pouring rain. Her stepmother was the wonderfully charismatic singer Dimi Mint Abba, and Noura is certainly following in her footsteps, acting as Mauritania’s musical ambassador. We talked…