It’s been a while since we’ve had any update about one of the most exhilarating Peruvian bands. So, we are more than excited to spread the word about Novalima‘s upcoming show at Nell’s Jazz & Blues on 19th July.

The collective from Lima is rightly one of the most acclaimed names of the Afro-Latin scene. Since 2001, they have brought their Peruvian roots around the world, enriching them with electronica and Caribbean influences and letting people dance to them.

If, a decade after their release dates, tunes like “Machete”, “Candela” and “Bandolero” are still able to fill Tropical and Latin parties’ dancefloors, it means that they fully preserve their energy and drive.

So, head for Hammersmith and Nell’s on 19th July and relish in the incurable itch for dancing provoked by Novalima and their Afro-Peruvian groovy bug. 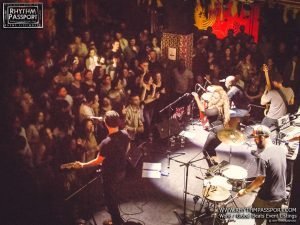 Grammy nominated, Independent Music Award winners, 15 years on the go and five albums already published which have spread their name all over the world…but if you can’t demonstrate your qualities in front of your audience, your award, prizes and career’s accomplishments aren’t worth a dime. That’s why the eight musicians…