Six days and six gigs to understand the present and foresee the future of global music. That’s what will happen between the 15th and 20th of May at Rich Mix, when Serious will take charge of the venue’s main space and present the 2017 edition of Serious Space Shoreditch.

Throughout the third week of the month, the Shoreditch cultural centre will host some of the most exciting and upcoming names in the world music, global beats, hip-hop and electronica scenes.

It will all start on Monday 15th, when Portuguese/Angolan duo Throes + The Shine will bring their dancy and unconventional rock-kuduro to London.

One day later, the mood will be completely different. In fact, Estonian folk musician Maaria Nuut and electronic master Hendrik Kaljujärv have built their collaboration on atmospheric and rarefied musical structures, blending together traditional harmonies and electronica.

Wednesday will be dedicated to the neo-soul introspective voice of French singer/songwriter Adam Naas. While on Thursday, Rich Mix will will host the resolutely social and politically driven tongue of Los Angeles based Madame Gandhi.

On the following night, Gilles Peterson will introduce some of the most interesting British music talents signed by his label. Brownswood Music’s Future Bubblers will indeed bring on the Rich Mix stage three bands and a DJ who all have what it takes to become the next big things in the UK.

But the highlight of the six days will take the stage on Saturday the 20th. When, directly from Johannesburg, Spoek Mathambo won’t miss the chance to perform his just released new album Mzansi Beat Code. Afro-electro, house, hip-hop, R&B and more local kwaito and gqom will end the festival with a bang and let you dance until closing time.

For the third May in a row, Serious will go all out, giving new meanings to the concept of “new sound”. ‘Remember back when good rap was just a cool dance hit / Even though it wasn’t saying shit’, Paris spat on his militant debut The Devil Made Me Do It. Released only three months before Rodney King’s assault, it made an accurate prediction about the future of hip-hop. Try looking… It’s been 15 years since Nthato Mokgata, better known as Spoek Mathambo, began composing, producing and releasing music and in the 15 years of doing so, he has also brought the South African scene forward. We don’t like to make extensive use of words like tastemaker or trendsetter, but in… 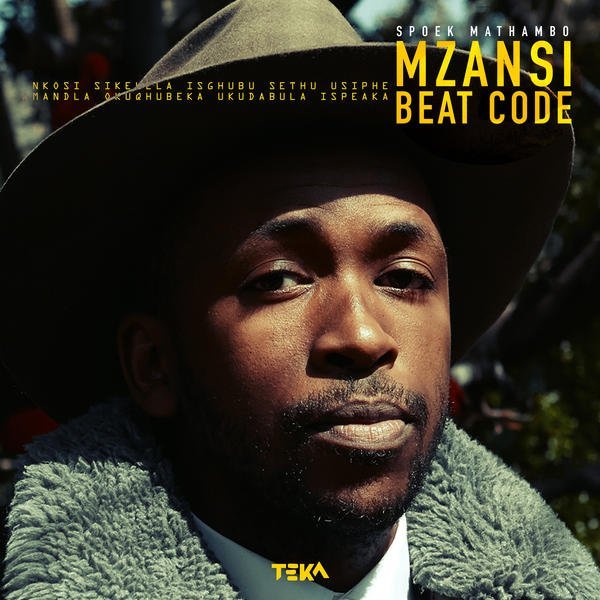 The first time I heard Spoek Mathambo I was blown away. The dark energy, the powerful beat, the slightly disturbing, distorted voice – his cover of Joy Division’s ’She’s Lost Control’ truly sounded like something new and unexpected. I knew very little of the South African electronic music scene and… Is Throes + The Shine’s new release for Discotexas actually a wanga, as proposed by the album’s title? A wanga is a spell in kimbundo language. One would imagine that an album that is a wanga would have to obsess the listener to the point where both the listener’s conscious…