Total Refreshment Centre will go fully Brazilian on the 4th of November with a tribute to the unbridled creativity of Hermeto Pascoal.

To celebrate the re-release of Viajando Com O Som, a lost 1976 recording of the Brazilian jazz and Forró master, Far Out Recordings have organized a Brazilian-inspired night, also presenting on the East London stage the talents of Sean Khan.

The eclectic London-based saxophone and clarinet player, who has recently worked side-by-side with Pascoal in Brazil, will go through the maestro’s pantagruelic catalogue, picking and performing some of his favourite compositions.

The show will also drink to Far Out Recordings’ new release, the 200th of the label’s. To celebrate properly, Far Out sound’s intelligentsia will open and close the show with their vibrant DJ sets. Expect to see behind the decks and enjoy the tasty selections of Joe Davis, Josh Tautz and Koralek. 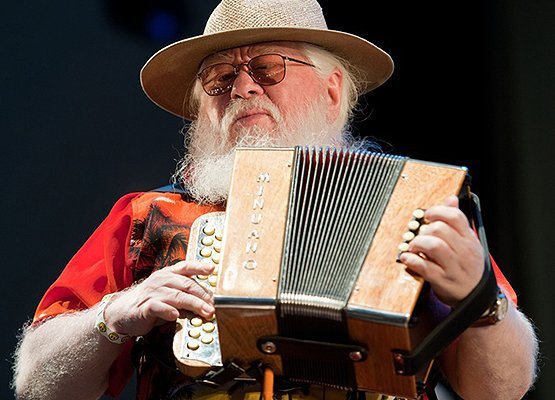 It really is something special to see a live performance by ‘O Bruxo’ (the sorcerer). The eminent Brazilian musician, producer, arranger and composer Hermeto Pascoal was once described by Miles Davis, no less, as ‘the most impressive musician in the world.’ His show at London’s Barbican Centre was hugely anticipated…