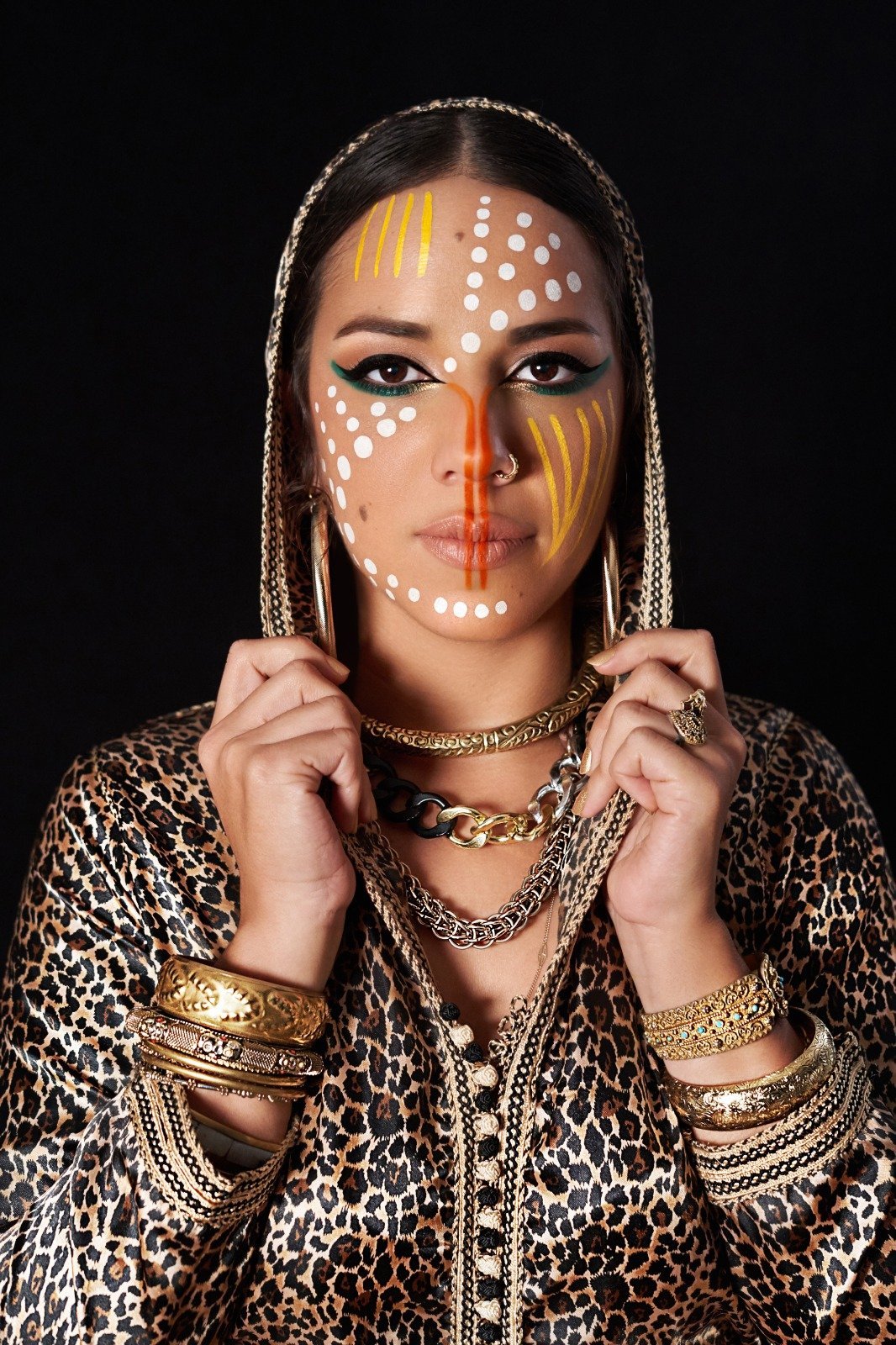 Born in Israel’s Galilee to Brazilian-Moroccan parents, LALA Tamar discovered the mystery of the ancient Ladino hymns of her heritage when she was in her early twenties. Ladino, and more specifically Haqetiya, a unique dialect spoken among the jews of Spanish Morocco, perfectly fit Tamar’s hybrid identity; a woman rooted deeply in the cultural seam between Latin and Arab, Jewish and Muslim, between East and West.

Tamar went studying Moroccan and invested long hours uncovering old ethnographic
recordings of Jewish Moroccan women singing in Haqetiya from the National Archive in Jerusalem. Painstakingly transcribing the lyrics, Tamar’s journey to reclaim her heritage began. She delved deeper and deeper into these ancient melodies, becoming the first artist to start compiling an artistic album in this unique dialect. Tamar had to smuggle the recordings out of the Hebrew University by recording them on her cellphone, and was soon picked up by the Jerusalem band Z’aaluk

In parallel to her work with Z’aaluk, Tamar joined forces with Israeli flamenco maestro Ofer Ronen to complete the trio Ancient Groove, and performed with them all over Europe, including gigs in Spain, Holland, Portugal and Israel.

Tamar is also active in the Jerusalem collective Andalucious, noted for their rendition of Algerian classic “Hesbani” that has made digital waves, facilitating communication with Moroccan and Algerian fans every day.

Since then enthusiasm for Tamar’s voice and presence in her mother’s birthplace continues to grow every day.

In 2017 Tamar approached Ori Winokur, one of Israel’s most established producers (Asaf Avidan and the Mojo’s, Lola Marsh etc) to create a new album in Hakhetiya.

An explosive creative connection was established, Tamar bringing her powerful voice and feminine presence, with her unique foothold in the lost language of Hakhetiya and Ori bringing cutting edge Pop music production and dance floor groove.

Eventually, Z’aaluk band parted ways and that’s how the new identity of LALA was born.

Recording Andalucious – now the biggest hit on our channel with 240,000+ listeners – was the first time for me to record professional artists and a real challenge that I accepted. The biggest success is the friendship that we made which brought us to Israel with 8 mics in the pocket where we recorded Lala and Darya. That’s the main reason why I love to produce music – learning and making new friends – we wish you all the best Lala!