Recording and sampling musicians around the world, creating extraordinary new music, this post is from a session in the southern Moroccan desert with ribab player Ahmed Bijdiguen. 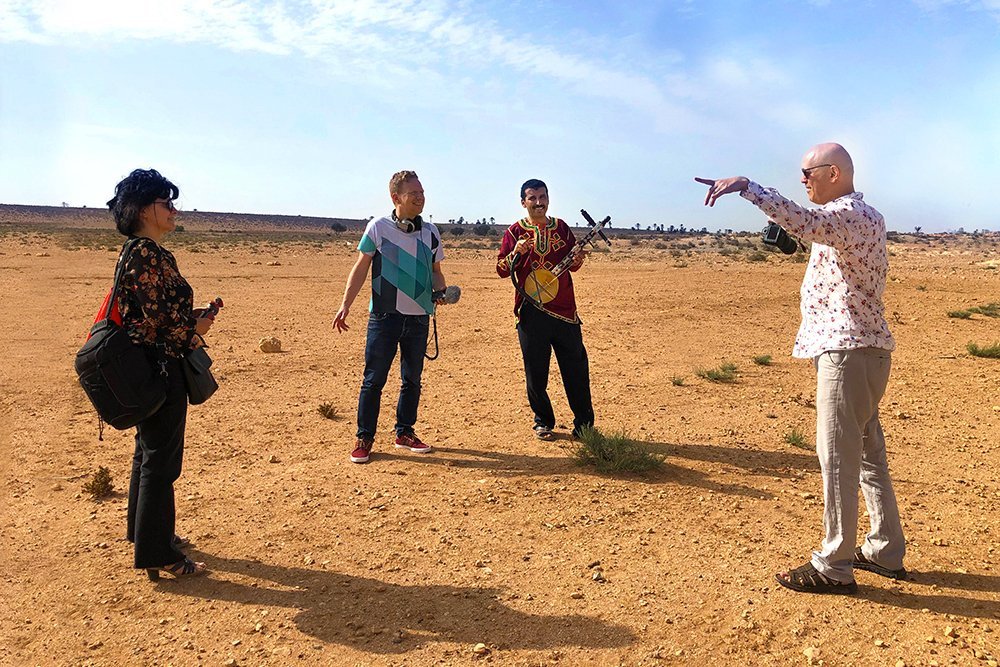 RECORDING RIBAB IN THE DESERT!

This month is from a recording session in the southern deserts of Morocco back in 2019, just before the pandemic, where we met up with multi-instrumentalist Ahmed Bijdiguen to record him playing ribab.

We were in Morocco to perform for a second time at the amazing Timitar Festival in Agadir, where we’d previously recorded musicians for the project some years earlier but this time we had the opportunity to record that very Moroccan of instruments – the ribab! Ribabs are a type of violin with only one string that’s usually made of horse hair, and is sometimes spelt rebab (but not to be confused with a rabab or rubab, which is a very different stringed lute from Afghanistan). It’s very much part of Morocco’s Amazigh or Berber ethnic culture, the indigenous pre-islamic inhabitants of North Africa (if you’re unfamiliar, this short video explains). The instrument comes from the country’s southern most region, where the Sahara is to the south, the Atlantic to the west and the Atlas Mountains to the east. 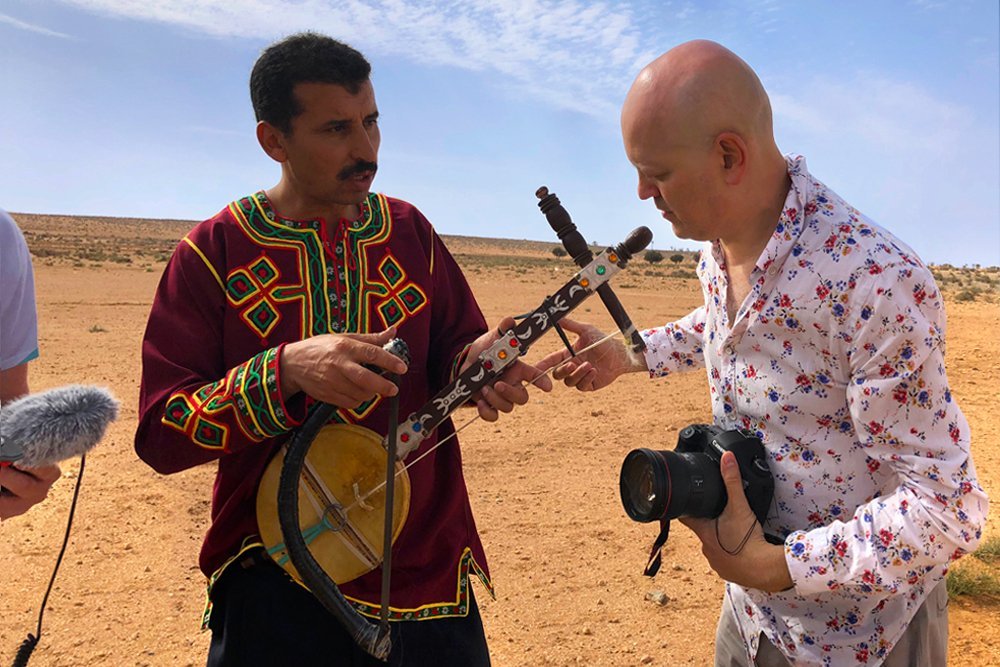 So leaving Agadir, we drove south with a friend who lives in the beautiful town of Tiznit, a few hundred miles from where the Western Sahara starts, and he organised a meet-up with ribab player Ahmed Bijdiguen.  As we approached the outskirts of the town, we saw a figure in the distance standing by the roadside in the middle of nowhere, he was carrying an instrument case like an imagined scene of Robert Johnson at the dusty crossroads! We stopped in the desert surroundings near where Ahmed lived, and recorded a wonderful session with him before later heading into Tiznit itself.

As a child, the first instrument Ahmed learnt to play was the banjo and it wasn’t until the early 90’s he began learning the ribab. As part of the old Amazigh / Berber tradition, music played on the ribab is passed down through oral tradition or ‘played by ear’ from generation to generation, but Ahmed’s learnt to write music to be able to share songs more easily with others.  Recently, during Tiznit’s Amzad Festival, he’s been teaching young people to play ribab at La Maison de la Culture there, while he’s also been learning to play violin, piano and guitar himself at the local Conservatoire de Musique. Ahmed regularly plays at seasonal festivals and traditional wedding ceremonies and since the early 2000’s has released five albums, his latest being in 2019.

The video below is how we sampled Ahmed in our track “Ribab Jam”, released in 2021.

For more info about Orchestra of Samples and Ahmed Bijdiguen, check out: https://www.orchestraofsamples.com/moroccodesert/