Each month Rhythm Passport dips into the fascinating blog of ethno-sampling mavericks Addictive TV and their global music project Orchestra of Samples, where for over a decade the artists have recorded hundreds of musicians around the world, sampling them all to create new music of extraordinary fusions. 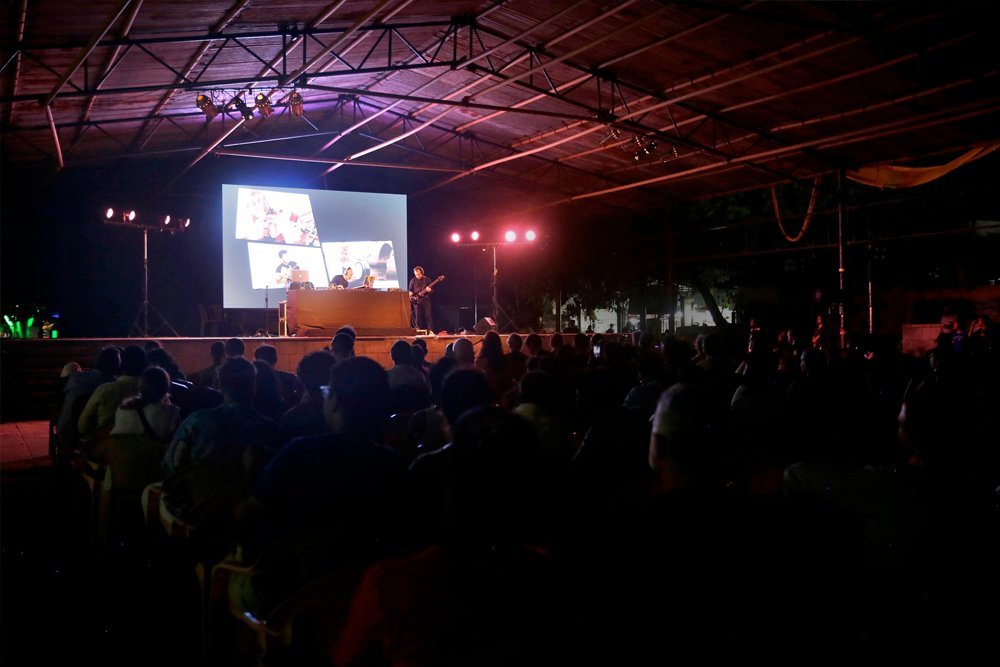 For our very first Rhythm Passport post, we thought best to start with the most recent trip, a session we recorded in Pondicherry, in southern India, in April 2022 with mandolin virtuoso U Rajesh.

We were in India performing Orchestra of Samples at a festival in Pondicherry, and straight after our show we attended the festival’s closing party. Completely by chance, while getting drinks there, we were introduced to the well-known composer and wonderful mandolin master Uppalapu Rajesh, known as U Rajesh. Renowned for his innovative take on Carnatic Indian classical music, Rajesh feels musical techniques come second after savouring the music first, saying audiences should use their heart to enjoy music before anything. Soon realising he was only in Pondicherry for the night and leaving the following day for Chennai, a few hours away, we agreed to meet in the morning and record a session together for Orchestra of Samples in the gardens of where he was staying. 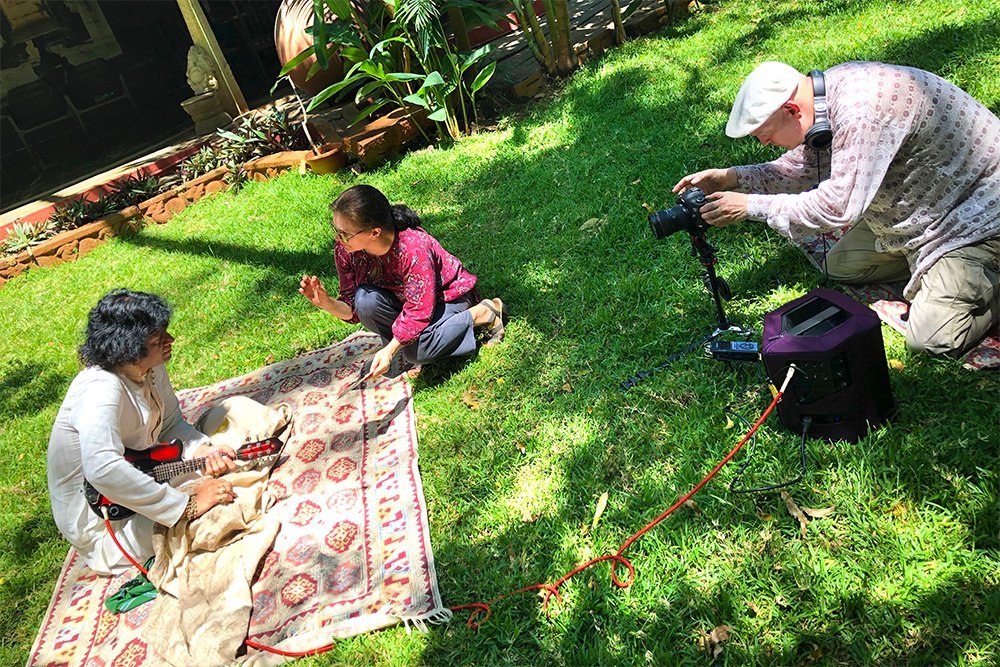 In 2009 Rajesh received a Grammy nomination for his collaboration with jazz composer John McLaughlin on the album Floating Point.  He’s performed a number of times in Europe, Australia, the Middle East and United States – most notably at the Lincoln Centre in New York, where his 2006 concert was voted one the best of the year by The New Yorker magazine.

Rajesh is the younger brother of the late Srinivas Uppalapu, the eminent Indian mandolin virtuoso who sadly passed away in 2014 (he’d worked with western artists from composer Michael Nyman to violinist Nigel Kennedy). The brothers were both gifted child prodigies and were taught by their father, and in fact Rajesh was already playing mandolin age 6. They were credited with first popularising mandolin within Indian classical music and became known as the Mandolin Brothers and toured internationally. His brother also started the Shrinivas Institute of World Music in Chennai, providing free musical schooling, and Rajesh continues to be one of its directors.

A lover of Indian Carnatic music, to date Rajesh has recorded over 10 albums, performed with a number of orchestras, including South Africa’s Johannesburg Philharmonic Orchestra and KwaZulu-Natal Philharmonic Orchestra and collaborated with artists including American drummer Greg Ellis, British percussionist Pete Lockett, Indian film score composer Ranjit Barot, jazz-fusion pioneer John McLaughlin and the renowned Indian flautist Hariprasad Chaurasia – now in his 80s and who performed on The Beatles track The Inner Light!

Having only recently recorded Rajesh, we’ve yet to sample him in a track for the project, but to see a quick explanation of Orchestra of Samples, watch this 60 second video below.

For more info about Orchestra of Samples and U Rajesh, check out: https://www.orchestraofsamples.com/rajesh/

With thanks to The French Institute India and to Lalit Verma.