Snarky Puppy’s Michael League fuses his groove-driven world with international influences featuring band members who have played with everyone from Paul Simon through Yo-Yo Ma to The Lee Boys.Bokanté is a band conceived by Snarky Puppy founder and GroundUP Music creator Michael League Plays Music, the process of formation was all but conventional. The music and some of the melodies were written by League, demoed while on tour with other bands, and then sent to vocalist Malika Tirolien with lyrical concepts attached. Tirolien then wrote lyrics and melodies, demoing and ping-ponging the new content back to League.Two-time Grammy award-winning guitarists Michael League, Chris McQueen, and Bob Lanzetti (all from Snarky Puppy), percussion legend Jamey Haddad (Paul Simon, Sting), pedal and lap steel virtuoso Roosevelt Collier Music (The Lee Boys, Karl Denson), and unplaceable percussionists André Ferrari (Väsen) and Keita Ogawa (Banda Magda, Yo-Yo Ma) come together as Bokanté to create a diverse ensemble rich in groove, melody, and soul. The word bokanté means ‘exchange’ in Creole, the language of Tirolien’s youth growing up on the Caribbean island of Guadeloupe. Now living in Montreal, she stands among eight musicians from four continents, each one accomplished in their own right and well versed in music far beyond that of their point of origin.Last summer the band took their thrilling live show on an international tour appearing at WOMAD, North Sea Jazz Festival, Montreal Jazz Festival, Newport Jazz Festival and many more. 2018 brings exciting times for Bokanté and their rapidly increasing fan base. Following the success of their debut album, 'Strange Circles', a second album is to be recorded with Het Metropole Orkest along with more international touring. Bokanté are a force to be reckoned with and 2018 will see the band further enhancing the incredible impact they have already begun to make.‘One of the best surprises of the year was a blistering set by the newly-formed international ensemble Bokanté…. Percussion and guitar-heavy (including lap and pedal steel), the band’s unusual instrumentation, evocative compositions (check Strange Circles) and searing energy makde this one of the festival’s most memorable concerts' (JazzTimes)Have a look at them in action
https://youtu.be/SraN0GFTcDQ A band steeped in societal message, Bokanté strive to bring more awareness to social abstraction and human indifference. Through a cultural exchange and mingling of musical languages, the new group (formed by Snarky Puppy founder Michael League) cover a diverse spectrum of styles. Despite the heavy theme of their lyrics,… Bokanté, the pop-up band debuted by New York-based jazz band Snarky Puppy founder Michael League, have just put out their first fusion pop-oriented album on GroundUP Music. The project, which name means ‘exchange’ in Creole, brings together a showcase of artists from varying sides of the globe, including lead vocalist… 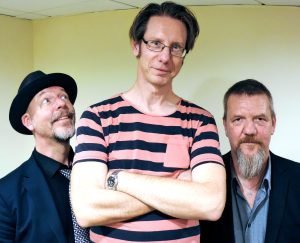 With seventeen albums under their belts Swedish folk group Väsen have been together for twenty-five years – and doesn’t it show! The three players – Roger Tallroth, Olov Johansson and Mikael Marin play as one, their instrument being a thirty-three-stringed polska-playing machine (the ‘polska’ being a Swedish folk dance). The…

Who?
And Many More, Bokanté, She, Väsen