Jambinai 잠비나이 present Korean traditional music in a new and innovative way, with their ground-breaking post-rock sound that combines folk, metal, jazz and ambient electronic elements in a mix of traditional Korean and modern instruments. With their huge following they have wowed stages at major rock festivals, including Glastonbury and Robert Smith’s Meltdown. Their third Bella Union record Onda has just been released.

‘Post-punk gusto, summoning a brutalist cacophony that is leavened by passages of exquisite tranquillity and post-rock progression' (★★★★ Q)

'A triumph. Countless bands can switch from quiet to loud effectively; few do it with such overwhelming power as Jambinai' (★★★★ MOJO)

'Drawing on post–rock and metal, they were soon astonishing audiences at festivals around the world as leaders of the new wave in Korean music' (★★★★ Evening Standard)

'A thrilling, constantly surprising set in which gently hypnotic passages suddenly give way to a crash of guitars' (★★★★★ Songlines) 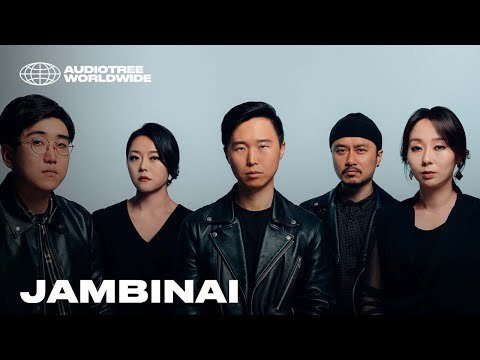