We are proud to present a unique evening featuring two of London's best open-entry choirs, in the beautiful Styx garden.

The London Lucumi Choir is the FIRST non-audition community choir of it’s kind in the world mainly singing Songs dedicated to Orisha (Yoruba deities, originally from Cuba), with traditional drumming from live musicians. It welcomes all people regardless of age, with members aged 15 to over 70 from all walks of life. The choir are accompanied by Bata Drums and occasionally other Afro-Cuban Genres, with original arrangements by Musical Director Daniela.

The Lucumi Choir were category finalists 2008 at BBC Radio three Choir Competition of the Year. They opened for Eliades Ochoa at The Barbican in 2009 and went on to play at the Open Rehearsal initiative and Voice Lab presents at the South Bank and also played alongside established bands such as Yoruba Andabo at the Barbican 50 celebrations.

In 2012 they launched their first CD, which received a five star review by the late Jan Fairley in Songlines, after a launch at Rich Mix. The following year they supported Buika at a sell out concert for La Linea, the UK’s Premier international Latin Music Festival.
London Lucumi Choir have performed on Radio London, Soas Radio, Ben TV, and many festivals including Choir Festivals at the Roundhouse and Southbank, The “Vamos” Festival in Newcastle, Voices Now, Camp Bestival, and “Go East” organised by The Barbican. Church performances include St Ethelburgers, St Johns in Waterloo, the Crypt in Kings College, the Strand.

Lips is a trans-inclusive all-woman choir based in London, performing original arrangements of pop, dance, garage and disco classics since 2009. The 80-strong choir has performed at festivals including Bestival and Wilderness, at iconic London venues such as The Union Chapel and Royal Festival Hall, and has sung live on BBC TV and radio.

Lips has collaborated with Goldfrapp at the Royal Albert Hall and with Leona Lewis on the track Fireflies. Lips is a non-auditioning choir which also puts on club nights in London, promoting non-professional DJs in all-women line-ups. It’s also a supporter of the grassroots group Women Asylum Seekers Together London, and has sung with the WAST choir outside Yarl's Wood detention centre in protest at the treatment of people seeking asylum.

Lips’ nuanced and upbeat wall of sound is created by the 80 unique voices that make up the choir, all united by original arrangements from musical directors Kat Stark and Jessie Maryon Davies. 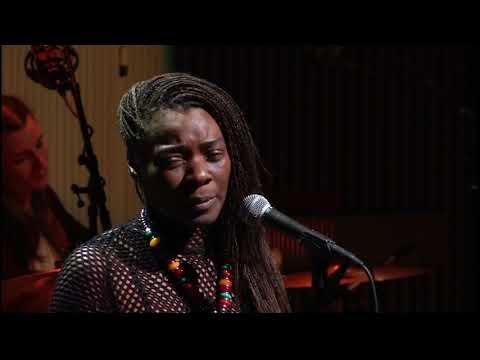 Check out Buika‘s jazzy live rendition of his song ‘Niña de Fiesta’ recorded during SFJAZZ in San Francisco in 2019.   ‘Niña de Fiesta’ is part of Buika’s debut album published by the Majorcan singer/songwriter, poet and producer in 2005. [chimpy_form forms=”5″] Our top 5 discoveries for Womad festival’s first full day, Friday, showcase the rich and varied styles that WOMAD 2016 has on offer. In our pick there is music from Spain, Lebanon, Mali, Scotland and Colombia – you can’t get more diverse than that! La Mambanegra got us…