Three amazing live acts from different corners of the world come together on one stage to present Rough Guide Live - a double anniversary celebration of 20 years of World Music Network and 25 years of Riverboat Records!

Jyotsna Srikanth's album Call Of Bangalore draws audiences to Indian shores, confiding in them the mystery and beauty of Carnatic classical music. Adept at playing in many styles, Jyotsna's elastic approach imbues her virtuoso playing with fresh energy that summons listeners to discover the elegant musical traditions of South India. "mesmerising" - The Guardian

Pioneers of reinvented folk, Kristi Stassinopoulou & Stathis Kalyvioti remix traditional demotika songs to reflect their own experiences of urban life in Greece. Their album Greekadelia is Greek folk as it has never been heard before, with quirky samples, Kristi's vocals, traditional Greek lauto, Indian harmonium and various frame drums, all underpinned by live looping. "highly original" The Guardian

"It's not often you see a group of just three musicians, playing with two hand-made instruments, who can keep a nightclub crowd dancing, singing, whooping, and ululating for nearly three hours. But that's what went down last night at the Cabaret du Mile End in Montreal when Krar Collective of Ethiopia gave their debut performance." - Afropop

World Music Network is the publisher of the internationally famous Rough Guides compilation albums and is 20 years old this year. Riverboat Records celebrates 25 years of releasing great music, from the desert blues of Etran Finatawa to Romanian gypsy remixes of Shukar Collective.

Over 3 million albums sold!
Over 320 Rough Guides albums with thousands of artists represented!
Over 80 Riverboat albums by 50 artists!
In 2013 World Music Network was awarded the prestigious WOMEX label award
In 2014 World Music Network joined 1% For the Planet www.onepercentfortheplanet.org

A double anniversary to celebrate some of the best music on the planet!

DJ Ritu spins global sounds until 1am. DJ Ritu is been a leading light on the world music scene. Her radio show 'A World In London' can be found on SOAS Radio. 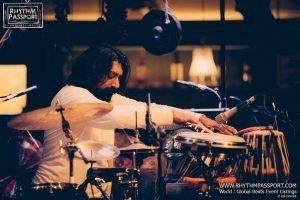 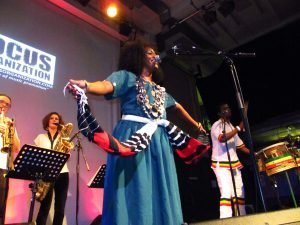