The Legacy of Fela Kuti

After the sell out success of his birthday show in October, we have brought Fela's former bandmate Bukky Leo and his Black Egypt collective back to retell many of the Nigerian multi-instrumentalist’s stories, and in doing so honouring the life and legacy of an icon that has given us so much.

A pioneer of afrobeat - a genre of which he was at the forefront - Fela gifted the world with songs such as 'Beasts of No Nation', 'Zombie' and 'Water Get No Enemy', and his fighting spirit lives on through his sons Femi and Seun, who continue to carry the torch of his beloved afrobeat with Fela's band Egypt 80.

Bukky himself is undoubtedly one of the most important afrobeat musicians alive today. Two years ago on the 20th Anniversary of Fela Kuti's death, Bukky staged a 'Felabration' show here in Camden - a homage to the great man's music. With it's success, not only has Bukky toured the show all over, he's also captured the performance on two highly sought-after, limited edition 'Live at The Jazz Cafe' EPs - the second of which is to be launched on 30th December. 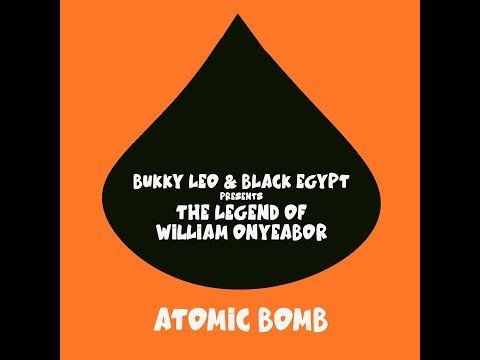 Who?
Bukky Leo, Bukky Leo And The Black Egypt, Egypt 80