Set in the Bentley Wildfowl & Motor Museum in East Sussex, Brainchild is a festival that is building quite a reputation. A festival that takes itself far beyond music, with an excellent schedule of talks, workshops and theatre, it really is a multidisciplinary festival. At its heart is DIY culture, and that can be felt conceptually through the whole festival. From the passion for the musicians and artists they work with, to the delivery of the festival, it is fun and thought-provoking in equal measure.

Forward thinking in its line-up, Brainchild took on Steam Down last year, before they were playing all over Europe. A risk to take them outside of their home at the time, Buster Mantis, Steam Down’s show, became almost legendary when they just carried on playing outside the tent. They are back this year as one of the headline acts, along with other established South London acts, Maisha and Dylemma.

You can find all the above in the playlist accompanying this article; the playlist is an attempt to capture some of the varied and exciting musicians playing at Brainchild. There’s not a lot they all hold in common; there is no clear genre or theme, except that they are young. And that is what Brainchild is all about; it’s young, looking for new talent and willing to take a risk. Whether by giving the stage to new works such as the Eriksson Tudie Project or Calm Roots, a two-hour meditative session with Alex Rita and Clara Sinephero, or holding workshops on activism and protest, they look for new ways to share the great and the good of young UK talent.

Brainchild encompasses all art forms and celebrates the different and exciting, from the ambient of Leafcutter John, to the upbeat Berlin funk of Yong Yussef. Check out the playlist to hear the wild and wonderful world of Brainchild. 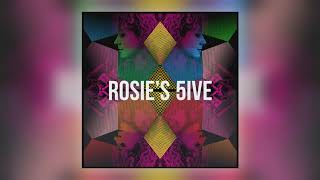 Download & Stream: http://kud.li/jrf0015 Subscribe: http://sb.kud.li/UCHrsIRzOIxvBpWw7B... Official stream from Jazz re:freshed. Distributed by Kudos Records. More music playlists: http://pl.kud.li/UCHrsIRzOIxvBpWw7B... Album: Rosie's 5ive [EP] Track: 1 of 5 Title: Stolen Ribs Artist: Rosie Turton Label: Jazz re:freshed Cat#: JRF0015 Formats: Vinyl LP/Digital Digital Release: 11th January 2019 Physical Release: 11th January 2019 About This Release: Tomorrow's Warriors' alumnus and part of all-female septet, Nerija, Rosie Turton presents her first release as a Quintet on the Jazz re:freshed label. As part of the 5ive's series, the tracks blend the sound of trombone, violin and electronics over a bed of interlocking grooves and soundscapes from the rhythm section and explore the sounds of jazz, hip-hop and Indian classical music among other influences "London's jazz scene has been blooming in 2018 and trombonist Rosie Turton is one to carry the momentum forward. Following her Nerija bandmate Nubya Garcia, Turton [releases] her debut EP in January [2019] on the formative Jazz re:freshed label. Combining classical Indian violin with folk rhythms and straight ahead jazz, Turton is a pensive flip to the maximalist sound of her contemporaries." ~The Guardian 28.12.18
1119
21
0
6:40 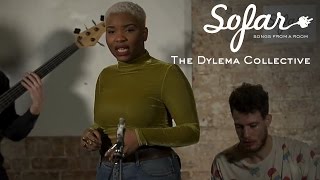 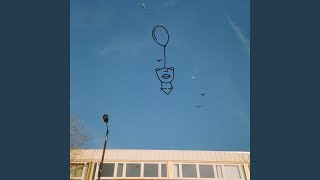 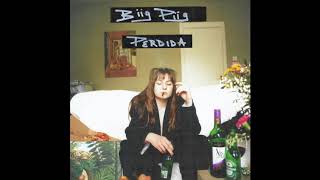 Artist: Biig Piig Track: Perdida Album: Big Fan of The Sesh, Vol.1 Year: 2018 Subscribe for the best of the unknown! Please support this amazing artist! https://www.facebook.com/biiggpiigg... No copyright infringement intended. The song was uploaded as a recognition for its uniqueness and the fact that it deserves more attention from the public. The "mainstream" music is taking over, and the lack of diversity/originality is becoming pathetic. Please devote your attention and money to quality music. Please do not report this song, simply contact me if you want to have it taken down.
5347624
136706
994
11:50 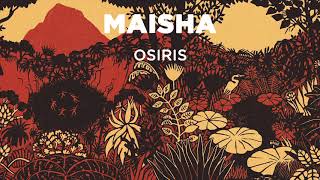 Maisha announce their debut album with 'Osiris', framing beguiling melodies in terms of Egyptian mythology, imagery prompted by old books that Long found in his grandparents’ house. Their debut sees them carve out out their own style through the weight of expectation that surrounds spiritual jazz. They take stock of that history, channelling the greats like Pharoah Sanders, while filtering their own influences – which range from jazz to Afrobeat – through every part of their musical process. It’s a sound which rests on trance-inducing rhythms, instinctive musical interchange and repeated, deeply enriching melodic refrains. It’s a combination which has made for their own singular sound. The album is titled There Is A Place, and will be released on Brownswood Recordings 9th November 2018. Pre-order / Stream: http://bit.ly/2NDI3rR
43517
1358
29
5:06 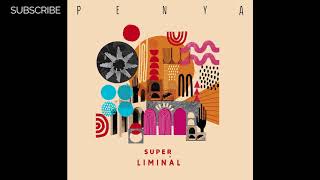 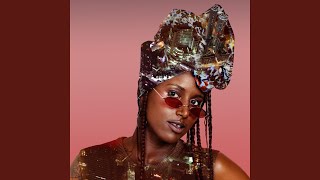 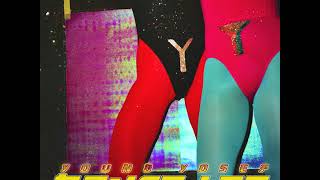 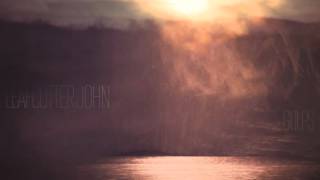 From "Resurrection" © 2015 Desire Path Recordings. Uploaded for promotion @Collectables: http://blog.adrianoesteves.com/ I do NOT own the copyright for the music that I upload and will remove it immediately upon request from copyright holder or band. More info: http://www.desirepathrecordings.com... Photo by ©cfriel: https://www.flickr.com/photos/cfrie... Typeface by Silas Dilworth © TypeTrust: Heroic Condensed
5016
83
2
8:44 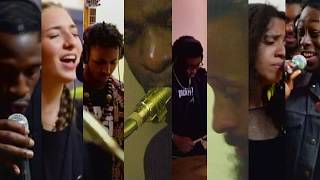 Steam Down at Flesh and Bone studios (live)

Deptford's artist collective and Afrofuturists Steam Down stopped by for a Flesh and Bone session, performing songs 'Grandpa' and 'Forward For'... If you fancy catching them in the flesh check out their takeover of Village Underground on 24th April: https://www.villageunderground.co.u... https://www.steamdown.co.uk/about Subscribe to NTS: http://bit.ly/1l9oJQY https://www.nts.live/ http://www.twitter.com/ntslive http://www.facebook.com/ntsradioliv... https://instagram.com/nts_radio
23018
328
21
5:42 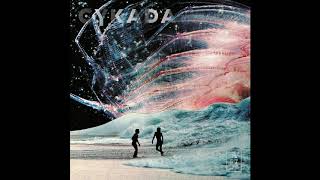 Buy Cykada "Cykada" album here: ✔️Bandcamp: http://bit.ly/2SG1CCt ✔️Sounds of the Universe: http://bit.ly/2SPzxZp ✔️asfaltshop.pl: http://bit.ly/2SMk5xn ✔️SideOne: http://bit.ly/2STTs9C Follow Cykada: https://facebook.com/Cykadasound/ https://www.instagram.com/cykada_so... Follow Astigmatic Records: https://facebook.com/astigmaticreco... https://astigmaticrec.bandcamp.com https://soundcloud.com/astigmaticre... https://www.instagram.com/astigmati... https://twitter.com/astigmaticrec In the last few years London has become the centre of the Jazz Renaissance. A new burst of energy and attitude brought by young musicians, equally inspired by the likes of John Coltrane, Pharaoh Sanders or Sun Ra, as well as Madvillain, J Dilla, Flying Lotus and Floating Points, has brought a welcomed freshness to the London Scene. This exciting new environment brought a group of young musicians together, all with a mutual desire to discover a new form of expression. Together they created Cykada. Cykada is a band of established musicians on the London scene, having played in groups including, Myriad Forest, EZRA Collective, Maisha, Where Pathways Meet, Family Atlantica and Don Kipper. Bassist Jamie Benzies is the spine of the project, along with Tilé Gichigi-Lipere, also a fellow former member of the legendary band Myriad Forest and Drummer Tim Doyle aka Chiminyo, together were the first members of Cykada. Jamie mentioned in one interview: "I became more keen on doing something which has a longer vision. Where you get together with people you know you can work with, people you love sharing a space with and you take your time, you make sure you’re enjoying your music and as that comes, everything else comes." Trumpeter Axel Kaner-Lidstrom, Saxophonist James Mollison and secret weapon Guitarist Javi Pérez complete the ensemble. Tilé shows a unique and indispensable role within the band, aside from playing keys, he is programming, processing and modifying the sounds of the instruments, a massive factor in creating the distinctive vibe of the band. Cykada’s unique vibe is a testament to its members and the crucial role they each play in the creative process. Cykada is an energetic bomb of unique style. It engages distant poles, analog worlds crashing with electronics, eastern influences crossing with western, harmonising nostalgic moments with dancefloor bangers. It seems that Western Africa is just bordering with Eastern Europe, where Turkish music high fives Flamenco and all of this is wrapped up with the fundamentals of the London club scene. There are so many inspirations that it may seem impossible to unite them, however they make it happen, creating layers of devastation, beauty and intrigue. 40 minutes of music built as 5 compositions, were recorded in December 2017 in the Total Refreshment Centre. The self-titled debut album Cykada will be released on 22th of March 2018 by Astigmatic Records. The preorder of the album is available at the Sounds of The Universe and Bandcamp.
11621
222
9