Giulio Fonseca aka Go Dugong is one of those artists that we’ve been following closely in the past years. As one of the first producers in Italy to experiment with the melding of electronic music with global sounds, but also nightlife agitator with the now-legendary, borderless and cheerful party Balera Favela in Milan, he is quite representative of a movement that in recent years has seen many other Italian artists embark in the exploration of traditional sounds from all over the world looking for new ways to push them forward in a more contemporary form. Some of these artists have recently joined forces in Distance Will Not Divide Us – a special compilation released back in March to raise funds for the Spallanzani Hospital in Rome, as the CoViD-19 outbreak overwhelmed Italy. As Giulio himself mentions, it can’t be properly considered a scene, but still the examples are so varied and the outcomes are so vibrant that in a way or another it does feel like a joyous, eclectic, daring ensemble that is worth mentioning in all its wholesomeness.

In Giulio’s words: “I prepared this playlist for Rhythm Passport with the goal of gathering together all those Italian projects that, in one way or another, have embraced the contamination with sounds coming from across the globe. It’s a rather extended list since it’s not representing simply one genre but it includes all its various tones, each of them able to take on a life of its own.

Starting from the indistinguishable sound of Clap! Clap! and Khalab and landing to the cumbia of Viva Viva Malagiunta and Cacao Mental (respectively guided by the knowledge of Argentinian and Peruvian members), to Paolo Baldini‘s own take on dub and further diving into those who, throughout their career, took inspiration from musical traditions from the world for a short period of time (i.e. Godblesscomputers, Ribongia and in some way also Capibara) to later evolve their sound aesthetic towards other directions – And last but not least, those who are dedicating their research on “typically Italian” sounds like me (Lama revisits the very Italian pizzica). There isn’t a specific cohesion between the many artists included in this playlist and therefore it can’t be considered representative of a macro-scene. Nevertheless I believe it gives a rather multicoloured overview, a sonic voyage starting from our peninsula to reach different continents, mixing and inspiring itself with the goal of creating new admixtures and in many cases giving life to incredibly unique sounds“. 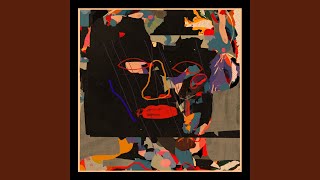 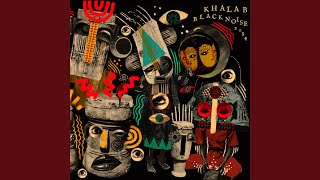 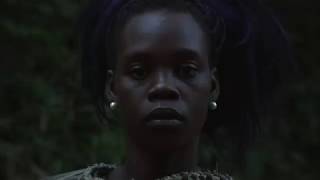 Buy/stream 'Otun' now: https://montoya.lnk.to/otun While the internet’s universality means once-inaccessible traditional and indigenous styles of music across the planet can be appropriated, sampled, and commodified with ease; it also means they can be integrated and celebrated, reflecting humanity’s idiosyncrasies as well as our shared communality. Montoya, recently signed to ZZK Records, personifies the very best of this musical globalism. Montoya, who grew up in Colombia and now resides in Italy, entered music as a classically trained violinist. He’s keen to stress his gratitude for this adolescent education, not only in how it exposed whole new worlds of music, but permitted him travel places and sample different cultures from a young age, including playing at such renowned orchestra theaters as Gran Teatro de La Habana in Cuba and the Musikverein in Vienna. This classical upbringing naturally informed his inclusive, and methodically exacting, attitude to songwriting and production. He eventually joined Fabrica, a “cultural subversion center” based in Treviso, Italy, which he explains as providing the creative framework for him to experiment with art, photography, film and design; evidently apprising the cinematic qualities of his music. The pan-international musicality of his Montoya project is rooted in the musical diaspora of his native Colombia. This diaspora is vast; indigenous folk music hailing from Amazonian and Andean tribes; the cosmopolitan synthesis of modern reggaeton and traditional salsa taking place in Bogota and Medellin, and the Afro-Caribbean stylings of Cumbia and Champeta. Fusing the multi-layered precision of his classical education, his innate curiosity for Latin and “world” music, and affection for melodic electronica; his discography is at once ambitious and comfortingly familiar, as desirous of a catchy harmony as conceptual melding of Latin folk and modern electronics. He himself described his attitude to songwriting as indebted to his love of cooking: “I love how certain chefs make combinations that make you think ‘are you crazy?’, I like to imagine myself as a chef who chooses his ingredients - in my case, indigenous voices, techno, and IDM - and try to combine them, creating a process that allows me to arrive at the final result represented by what comes out of this.” So far, under the moniker Montoya, he’s produced the stirring 2015 album Iwa and 2016 Ep Lux, where you can detect him refining his cooking skills of the indigenous and the electronic. He’s also remixed the gifted Ecuadorian Nicola Cruz’s pleasantly plodding “Cumbia del Olvido”, adding another layer of melody with a soothing string arrangement. Moreover he’s played Sonar Bogota and Musicbox Lisbon, and various European venues, but his latest album Otun looks set to both break him properly on the continent, and produce his best work so far; a fiery and flavourful gourmet dish, with British expat producer Richard Blair providing refinement as a proverbial sous chef. On Otun, the breadth of Montoya’s influences and tastes is at its most striking; the dulcet techno hum of “La Pastora” is perforated by sprightly flutes and percussion, while lead single “Solo Quiero” deploys a languid reggaeton pattern beneath Bogota rising star Pedrina’s distorted, wilting croon anticipating a euphoric synthesiser-lead climax. The title track, featuring a sultry guest vocal from Nidia Gongora, is a fierce and vigorous club anthem, amplified by hissing synth pads and sordid breakbeats. Even a more straightforwardly techno track like “Tatacoa” is stylized with intoxicating Indian vocal samples, and more traditional folk selections like “Orun” still use an inobtrusive bassline drone. Montoya’s palette is simultaneously expansive and curious, yet coherent, with a steadily melodic electronic through-line running through Otun’s duration. Montoya absolutely sustains ZZK’s pedigree of platforming the most exciting and inventive electronic artists from Latin America, joining the storied legacy already built by the likes of Nicola Cruz, Chancha Via Circuito, and King Coya. Whether it’s through the intricate patterns of his synthesisers or the analogue beauty of his violin, what unifies his instrumentation is the candid expression of Montoya’s experiences, ideas and dreams: “I want to feed me of all these emotions, composing and putting into music all that I’ve lived.” Idea y dirección: Andrés Gómez Protagonista: Faderly Valdez Asistente de dirección: Jonathan Vargas Direccion de fotografia: Mario Arroyave - Andres Gomez Direccion de arte y vestuario: Sabrina Saab Produccion general y ejecutiva: Andres Gomez Edicion: Jonathan Varas - Andres Gomez Colorizacion y post: Luis Rojas Crack Montoya www.musicmontoya.com Spotify https://open.spotify.com/artist/52p... Facebook https://www.facebook.com/montoyaaaa... Instagram https://www.instagram.com/montoya_m... Bandcamp https://montoya.bandcamp.com
109081
2941
70
3:51 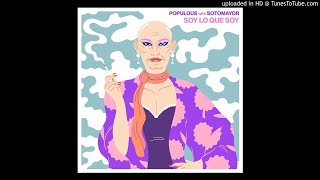 Bandcamp (Album Pre-Order): https://bit.ly/349B8MM Spotify: https://spoti.fi/2RBFuat Apple Music: https://apple.co/3a58yh3 Amazon Music: https://amzn.to/3en4lJ9 Populous, aka Andrea Mangia, is a DJ and producer hailing from Lecce, in Southern Italy, known for his global approach to music-making. “Soy lo que soy”, the new single from the upcoming ‘W’ album, is a song about finding your true self. Populous teamed up with Sotomayor to make a song with female voices to portray a more feminine side of Populous. “So lo que soy” is just that- being true to and embracing oneself on all levels. The song is a beautiful track that fuses strong dreamy melodies with synths and Latin cadence beats. With a background in musicology, Populous has always been interested in disparate genres and styles of music, which is reflected in the output from the Populous project and its focus on Latin American sounds as refracted through a European lens. In 2003, Mangia made his first jaunt into the music world with the album ‘Quipo’ (via Morr Music), followed by ‘Queue For Love’ in 2005. Influenced by his reggae/hip-hop-infused surroundings (Lecce is known as Italy’s Jamaica, as reggae and dancehall are extremely popular there) he released ‘Drawn in Basic’ in 2008, which was well received by international critics, earning him a spot on the global dance music map. The 2010s have seen Mangia refine the Populous sound with albums like ‘Night Safari’ (Bad Panda Records) and ‘Azulejos’ (Wonderwheel Recordings), while also expanding his role as a sound designer for fashion houses such as Gucci, Vivienne Westwood, Isabel Marant, and Elie Saab, among others. ‘W’ releases on Wonderwheel Recordings May 22nd.
11908
256
6
3:45 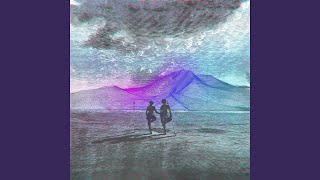 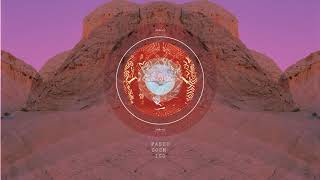 Buy/stream ’Sol’ now: https://rokeya.bandcamp.com/track/s... * Sol is a track of Rokeya's first album "Paseo Cosmico"/TIMPAN RECORDS. "Paseo Cosmico" full album: https://rokeya.bandcamp.com/album/p... Listen now: https://soundcloud.com/rokeya0/sets... * Paseo Cosmico is Rokeya's first concept album, a cosmic trip or even better a "cosmic walkabout”​. ​You enter a universe made up of ancient sounds, ancient dreams and visions of the future. Each track is a planet, each planet is a microcosm pulsating with echos and mutliethnic vibrations​. ​A sound that comes from within that is based on musical contaminations and ancestral instruments that are counterposed to digital ones. ​ A production that is pure instinct , the same as that of tribes : a ritual to reconnect to ones inner self and beyond​. In the album there are many percussions , that in any culture have always been the gateway to rythm. ​Indian culture is part of Rokeya's heritage and in fact in her tracks there are many of its traditional instrumental elements, so this also becomes an ancestral trip to recconect with ones roots. Each planet / track has its own identity that is not based on the collective scientific imagination of the galaxy, but on a vision that goes totally beyond preset schemes​ A purely introspective album that invites you take part and dance as if no one were looking. * facebook: https://www.facebook.com/rokeyamusi... Contact: hola@rokeyamusic.com
132
4
0
4:55 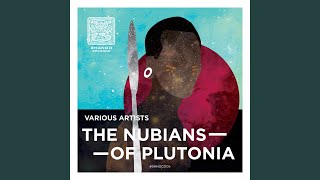 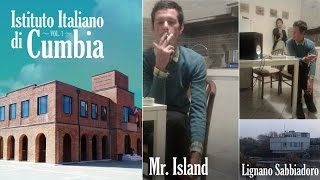 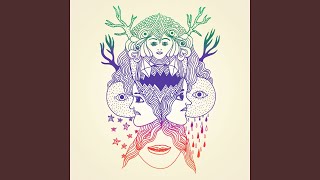 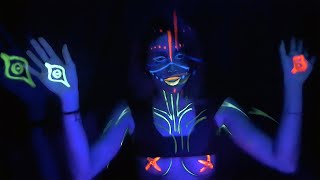 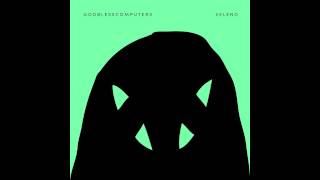 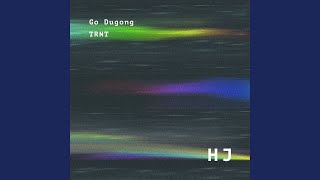 or listen to it: Go Dugong has been around the Italian music scene for almost a decade, exploring different styles and growing artistically, but for some reason, his productions never hit the spotlight. He was one of the first artists in Italy to experiment with global sounds, mixing hip hop and electronic music with…