Housed beneath stained glass by sunset-red rays and drifting smoke, AKA Trio spent an unforgettable night with their Islington audience for Joyful Noise’s  London African Music Festival. Taking to the stage in one of the city’s most celestial venues, Union Chapel, they performed a range of music inspired by their African roots.  Seckou Keita, Adriano Adewale and Antonio Forcione are three master musicians from Senegal, Brazil and Italy that combined form a virtuosic band.

The trio filled the church with waking jungle sounds as they played ‘African Dawn’.  With eyes shut, you could see the tropical birds and rustling rainforest trees taking quick residence, as if one of the crowd had opened a Jumanji board.  The group then lifted the energy with a song dedicated to Nelson Mandela.  ‘Madiba’s Jive’ was inspired by Antonio’s time in Zimbabwe and they jumped up and down with the stabs, bouncing the spirits of the audience in time.

The three men charmed with an abundance of deprecating personality and charisma, indulging the congregation with a little backstory between songs.  I suspect this is a must-have quality for any bandmate of Seckou, who cheerfully endeavoured to keep each of the twenty one strings of his kora in tune with a large grin.

Each of the expert players showcased a solo piece. Seckou had the whole audience chanting loudly during his contemplative piece ‘If Only I Knew’ whilst Adriano brought some Brazilian carnival spirit into the mix, with his fast twitching Pandeiro at the front of the stage.

Although the audience felt a little refrained in their pews, by the finale everyone was up on their feet, with the brave few dancing down the aisles. Unexpectedly the set even finished with a grand rock and roll ending.

At times it did feel like three separate musicians accompanying each other on their individual compositions and it will be interesting to watch as they pen more material as a trio.  Regardless, this was a night of engaging performance and merry jubilation and it would be sacrilege to not indulge at the very next opportunity we get. 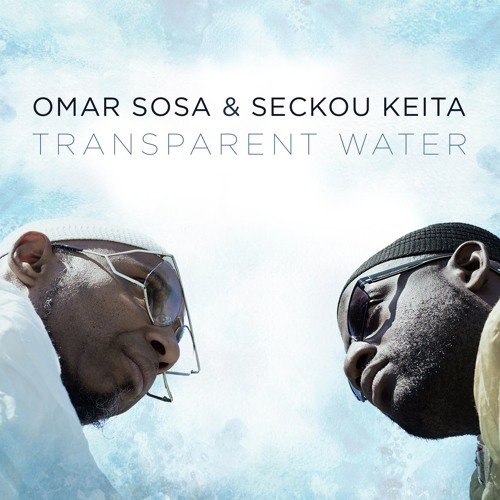