Boomtown Fair is a lot of fun. It is an immersive and well-detailed festival that puts a great deal of effort into making Boomtown feel like a real town. This year, Boomtown placed participants at the final chapter of a political framework, questioning where the wealth and power between Boomtown districts had moved to and what would happen next. If you were one to follow the storyline, all ticket holders were asked to submit their information to an AI character called AMI, who would have a reveal within the story to be shown at the festival closing ceremony on Sunday night.

Emma, our photographer, and I arrived at Boomtown on Friday. The festival itself was set out as a mini metropolis that was throwing a city-wide, annual street party for the 60,000 attendees. We arrived in Boomtown Springs, a green campsite with large purple light fixtures and a large mansion installation equipped with a pool and a cast of English country folk in tennis attire who would dance and initiate pool games, hosted by Bearded Kitten. At night, the mansion would open to a music venue with a fancy pink car inside.

From our campsite, we could hear bass sounds throughout Boomtown Springs, but never overwhelmingly so. On our first foray outside of the campsite, we could immediately tell how detailed the site was. We walked through the forest, which had hammocks and wooden seating structures, towards The Old Mill on the edge of Copper County; a little Wild West inspired district with immersive actors dressed as Wild West townsfolk. On Saturday night, this was where we saw the North American singer-songwriter Fantastic Negrito perform charming and funky blues and R&B music with a full band. Following along from Copper County, we ended up in Boomtown Centre; a run-down and boarded-up district; home to a job centre, police station, (in)convenience store and somewhere you could pick up a version of the Daily Rag – a daily newspaper that detailed the storyline as it progressed throughout the festival. This included tales of hope about AMI being our salvation and mysterious rumours of the return of Mr. Boom. Boomtown Centre stage hosted the likes of some very fun acts, including Slamboree, Molotov Jukebox and Stereo MC‘s. During Stereo MC’s set, Rob B. was jumping all over the stage and climbing on monitors and sub-woofers, while the other vocalists danced and sang on centre stage. Boomtown Centre stage was dwarfed by Lion’s Den, Banghai Industries and Sector 6; you could imagine what a central location Boomtown Centre would have been even 5 years ago, but the money and power had now dispersed to other more technology-driven districts. Next to Boomtown Centre, in Old Town, was where we saw the Leeds-based Klezmer/Balkan band Tantz play. On a washed-out Sunday, they had people out for an energetic dance. At one point, the crowd joined in a circle and danced together, and their clarinettist Arran Kent joined people dancing around in a circle and sharing a large amount of energy within this old port town. Baba Zula played this stage as well, with their Istanbul take on psychedelic rock. An interesting take at Boomtown was that the features you would most likely associate with a festival were placed on the outskirts of the town; from well-designed psytrance forests and kids/workshop areas to The Lion’s Den. The Lion’s Den was the largest band stage at Boomtown, hosting two waterfalls built within the stage and a large amount of pyrotechnics. On Friday night, Goldie headlined with an all-live band playing versions of his electronic records, a very talented feat of musicianship, although Goldie did not have much to do on stage. We also saw Groundation playing loving reggae rhythms, and South African electronic/hip-hop group Die Antwoord tearing up the stage with large bassy pieces and dancers, led screens, smoke machines and silhouettes, all complimented with fire installations around the outside of the audience as well as coming out of the stage. Further down the field was Downtown, an area made up of many types of drum ‘n’ bass, neuro-funk, gabber, punk and house music districts, and where you could also find a graffiti-laden hip-hop district, known as Poco Loco, complete with a half-pipe for skaters. Here you could check out acts, such as hip-hop group The Mouse Outfit as they rapped over some live instruments. Headlining on Sunday was the grime artist Ghetts, who MC’d along to the crowd, shouting out his lyrics during the show.

For a carnival-inspired vibe, the place to be for both Friday and Sunday was Hotel Paradiso. On Friday, this had more of an electronic vibe. We caught part of Kuenta i Tambu, who energetically mixed carnival beats with electronica and a lot of vigour. On Sunday, Paradise Heights hosted a soca street party and was the end point for the carnival parade, which ran from Kidztown to Paradise Heights, with dancers coming off the parade to join the street party. Paradise Heights was set out like an old colonial town, featuring adverts around beauty, with cast members sunbathing, getting plastic surgery and enacting theatrical love scenes. In this area, you could access certain places with pretend money which you could pick up throughout the festival. We ended up in a party for the 1% after handing the doorman a wad of fake cash. On the last day of the festival, they had changed the appearance of some of the festival sets to include new search posters, ripped-out images of AMI’s face, and images of people with the caption “I’ve given AMI my data! Have you?”. In the closing ceremony, it was discovered that AMI could only tell the truth. AMI revealed that the rich owner of Banghai Industries was the same person who was leading the resistance.

To close: Stepping into Boomtown is like walking through a micro metropolis; a city with a myriad of thoughts, agendas and identities. On top of this, you feel like a tourist/citizen here on the weekend when the whole city is throwing a party. Beneath the current of this good vibe, there are elements of a darker theatrical story, which is pleasing to follow. 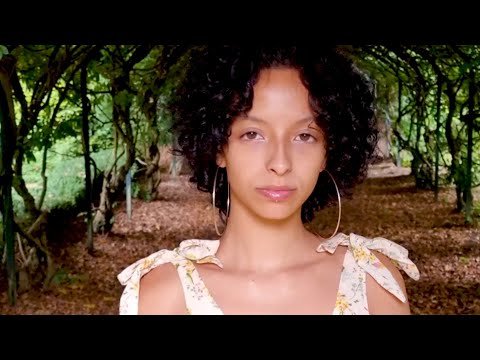 On Thursday 24th May, Manchester-based hip-hop group The Mouse Outfit played a thoroughly enjoyable set in the simple pub venue Brixton Jamm. The first thing you notice about The Mouse Outfit is their charm; the talented all-male rap group and live band share a lot of love and banter throughout… According to Fantastic Negrito, “Oakland is changing,” from ‘diverse and often unsafe’ to ‘white and safe.’  To him, “now Oakland is ground zero for the national discussion on gentrification.”With The Last Days Of Oakland, he’s set out to bring some of Oakland’s blues past into its future, through music. We…