That euphoric swelling an artist feels when they connect with their audience is what rumba musicians describe as ‘Manana’. The purity of this Cuban chemistry was the motivation behind the 2016 Manana//Cuba Festival in Santiago de Cuba, the Manana record label, and subsequently this month’s Barbican gig. Three friends are obeying their dream to unite the island’s rich musical heritage with modern electronic DJ culture, mixing EDM with a vast array of Afro-Cuban genres such as rumba, son and bata. This is not the next generation of Buena Vista Social Club but a newer younger crop with hi-tech edginess.

The night’s celebration was opened by DJs Soundspecies and renowned 8-piece rumba group Obbatuké. They spotlighted the Haitian aspects of Afro-Cuban music with a set bursting with groove as swinging clave rhythms resonated throughout the hall and backing dancers showed off their mellifluous moves. The weaving conga layers and subtle injections of psychedelic house beats gave space for the abundant band to showcase their impressive percussive talents. 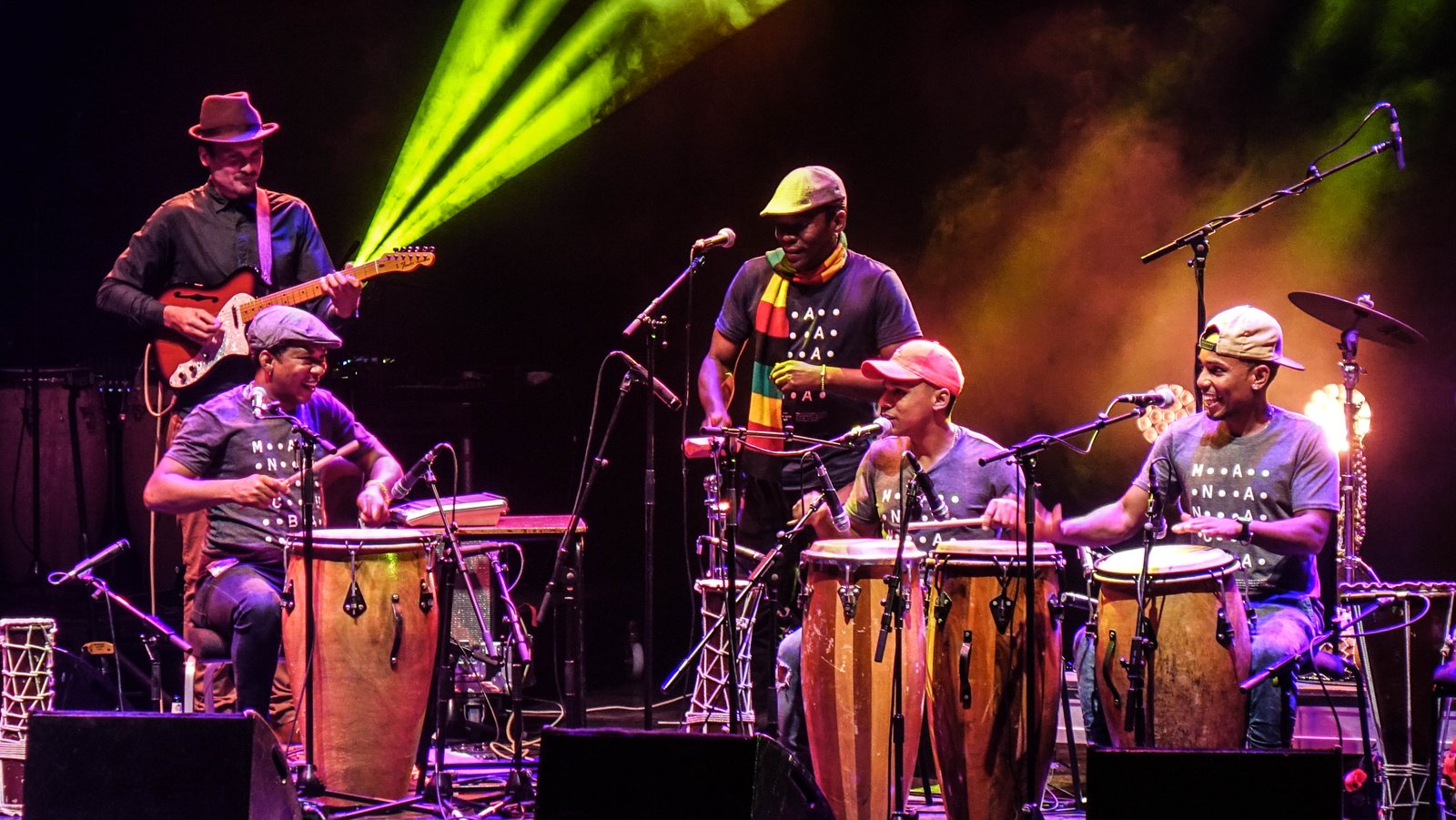 A subset of players from Obbatuké joined forces with British electronic producers Plaid.  With fewer musicians on stage, the electronic and acoustic soundscapes became more evenly balanced.  Deeper bass, synth chordal progressions, burning spotlights and mambo chants forced the night to take a more contemporary turn, with many audience members ditching their seats as the rhythm infiltrated their hips.

The third act to perform was Ariwo, a newly formed quartet led by Iranian sound artist Pouya Ehsaei, including rising star trumpeter Yelfris Valdés. The strong background light silhouetted Valdes on stage, conjuring images of an out of this world invasion, a stage occupation.  The foursome used melodic ideas taken from common Cuban conga processions but weren’t able to take the crowd with them to the bustling streets of Havana.  The set lacked dynamics and felt a little flat throughout, however, the inclusion of solo dancer Miguel Altunaga Verdecia, frantically synchronising every cell in his body with the rhythm launched a fresh wave of energy throughout the pews.

Italian DJ Tennis closed the night with forceful, thrusting techno beats and moody overtones, bringing out the hedonistic clubbing side of the collective. He was teamed on stage with three master musicians (Alayo, Tito and Yelfris Valdés); each bewildering in their own right. However once mingled together in a live setting the troupe left a sense of undeveloped potential, with a lack of musical direction maybe due to the absence of rehearsal time. 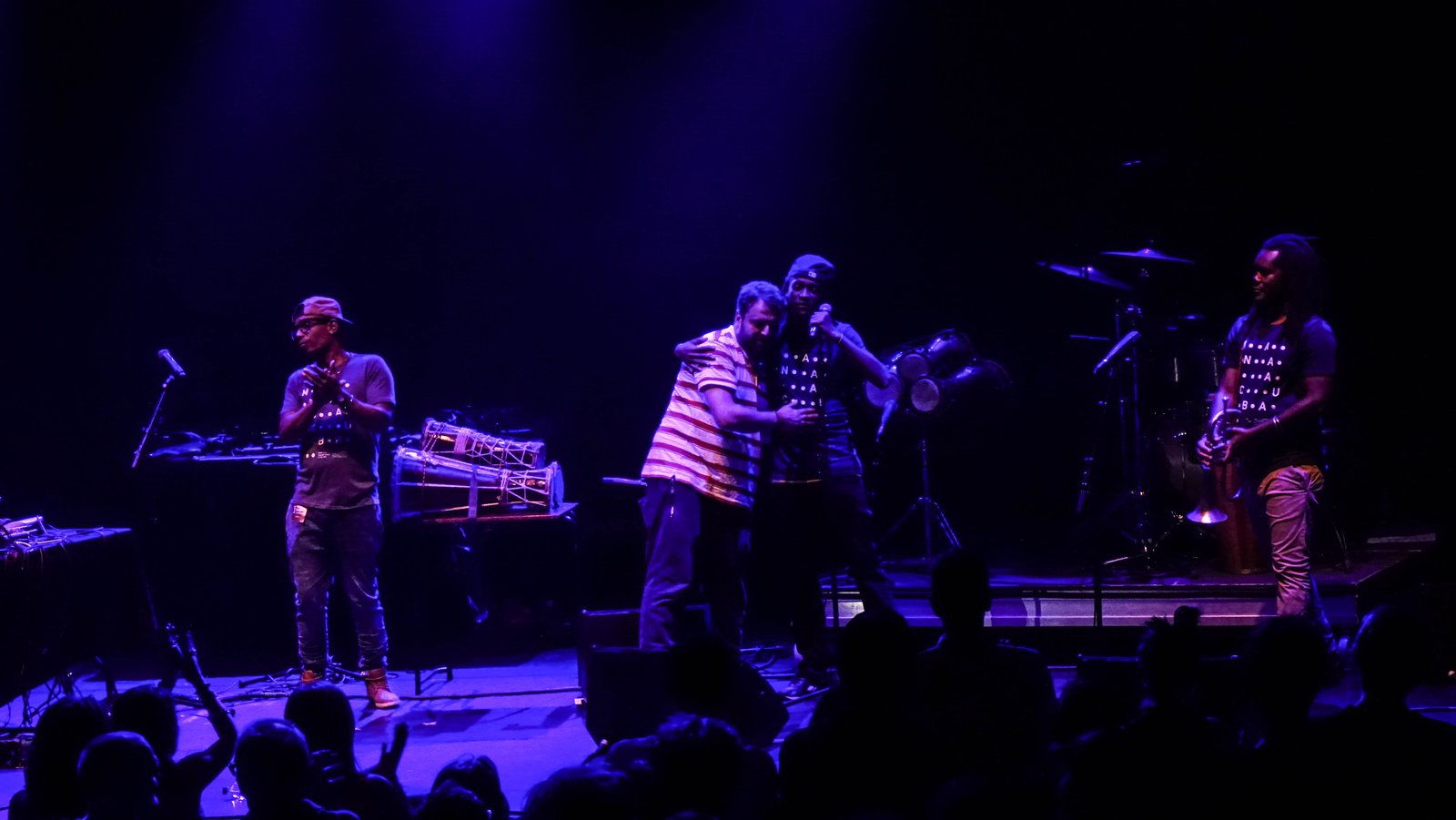 For a stage bloated with excitement, the Barbican was much like a pass-me-down outfit that didn’t fit properly, not allowing the bands to exhibit the full shape and seductiveness of the music. However, the brains behind Manana are used to learning and improvising as they go along, so no doubt they’ll be ready to take it to the next level for future events.

The concept of the project preceded the execution, but at the end of the night, I felt a real sense of gratitude and pride. Many Cuban artists have never had the opportunity to share their music with a global audience and haven’t collaborated with worldwide electronic musicians. One night hanging around this too-cool, daring crew makes you want to join their gang. They are on the cutting edge of political changes, a creative movement, and are forming part of the morphosis of new Cuban culture. This was an event filled with moments of both the intensity of electronica and the spiritedness and manana of energy fresh from the shores of the Caribbean.