In a gig that oozed class and revitalised my Sunday, Sidestepper brought the verve of late night Candelaria to a thoroughly impressed Dalston.

I rarely buy the shirt, but these guys earned my indulgence at Echoes last week. At 7:15pm I descended the stairs of this new East London musical hideaway with caution. Supernatural Love had grown on me as spring came and went, however I was unsure how this slower, more meandering record would translate to the more fleeting and fickle situation of a live show. My doubts were misguided. They floated away in the first few bars of Sidestepper’s set as the electro-Cumbia stalwarts took us on their journey of invention: a journey to the heart of Afro-Cumbia; a journey to discover the essence of Colombian togetherness.

Whilst Blair led with understated excellence from his keys, Érika Muñoz proved a tour de force on vocals. Celebrating 20 years of new sound, this performance was true to form as we and the band explored the unbridled beauty bound in ‘Supernatural Love’ and the fierce connection to place in their ode to ‘Magangue’. With earlybirds satiated thanks to a smattering of older renditions, a highlight for me came in the gorgeously joyful ‘Song for the Sinner‘.

Clutching at straws, some transitions could have been smoother. However, I would question any celebration with perfect timing and flawless fade-outs. Perhaps most pleasing however, was the band’s superb weighting of “genre”. Rather than give preservationist credence to individual tradition, they layered and blended British and Latina melodies, whilst maintaining a strong indigenous influence felt throughout. This is testament not only to Blair’s subtle craftsmanship, but emphasizes how this performance was born from reality, the everyday. Supernatural Love aimed “to put a sound and a voice to how we live here, how we live together”. This was unquestionably and magnificently shown on stage.

Still forging new paths but now in different terrain, Sunday’s performance affirmed and reaffirmed the belief that Sidestepper will be likely to influence the next generation of Colombian innovators. I hope it does and I’m l thankful I was there for the start. 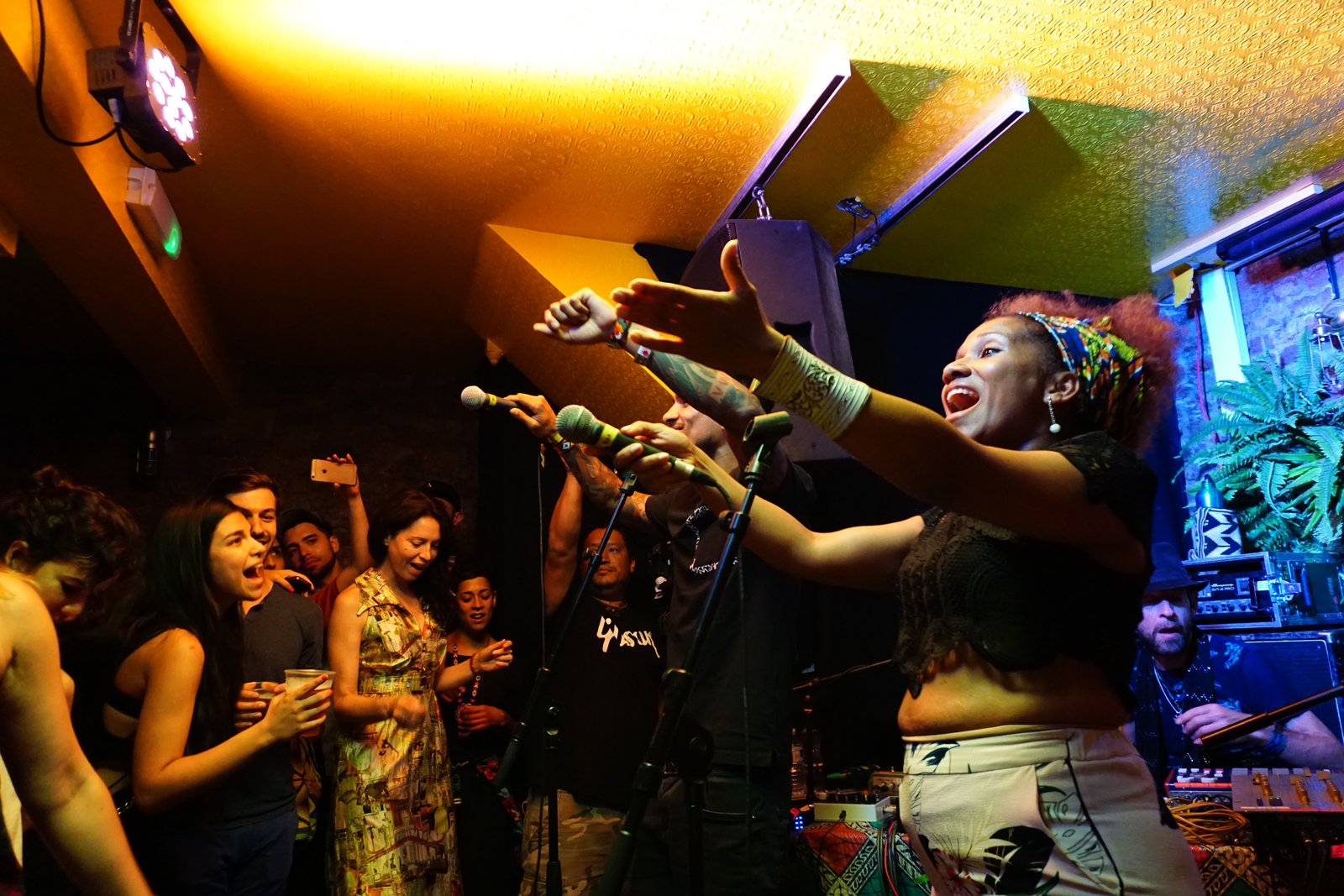