Womex is something more than an exhibition: it’s more intense and bonding. That’s probably why, for the second time in the last three years, it happened in Santiago de Compostela. More than 2000 “peregrinos de la musica” (music pilgrims), as Paul Bräuer (Piranha’s Director of Communications) aptly defined them, gathered together in the Galician capital. They met not to honour the Saint or end up their camino, but give life and enjoy five days of world music of the finest quality.

As the World Music Expo has used its audience, also its 21st edition displayed more than the trade fair, conferences, meetings and films. There was music, loads of it, and everywhere. Santiago (thanks to its many halls and dozens of stages scattered all over the city) was indeed flooded by notes coming from all over the world and locals, Womex participants and tourists could only live their stay up. From Wednesday night (with the showcase of local bands and artists) to the Sunday afternoon’s grand finale with the Awards Ceremony, it was a triumph of performances, DJ-sets (DJ Summit), showcases and jam sessions. From small bars and pubs, to the city auditorium, music was all over the place and as a matter of fact, it’s quite demanding to recall all the 60+ gigs that happened during the five days. 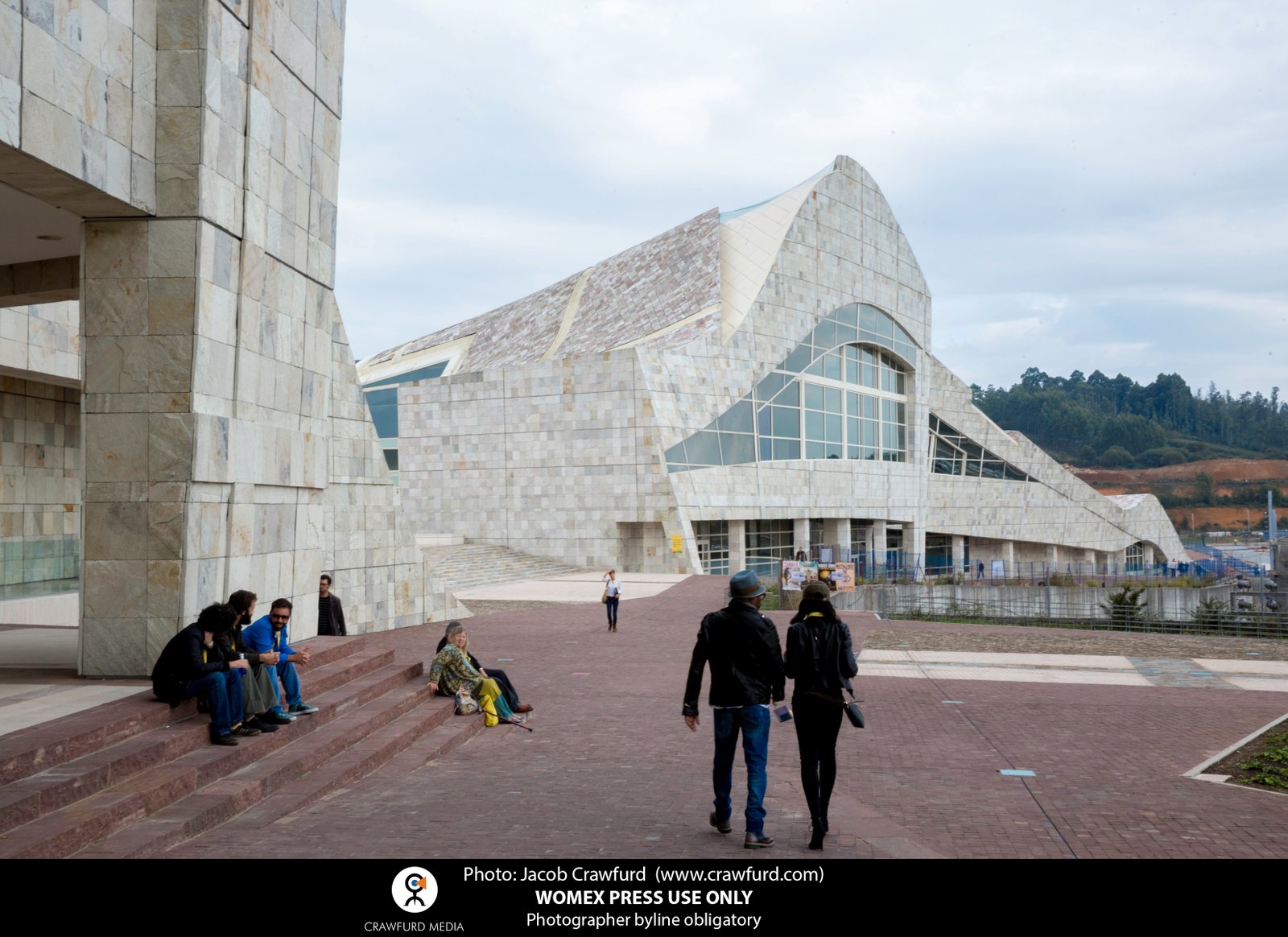 So we decided to evoke some moments of our Galician long weekend: not a “best of Womex 2016”, but simply some of the most significant music experiences we had.

Bareto (Thursday) – They titled their latest album Impredecible (unpredictable) and so they behaved on stage. The Peruvian ensemble brought to Galicia not only its infective sound defined by their Latin roots, up-tempo Caribbean arrangements and retro psychedelic atmospheres, but also the punkish and anarchic attitude which has characterised the project since its birth. Mauricio Mesones and stage partners jumped and danced throughout the 45-minute-long set, drawing the audience into their cumbia and chicha vortex. They wanted to “amanecer bailando” (wake up dancing), and so they did.

Il Nuovo Bella Ciao (Friday) – It’s always moving when musicians playing historical and well-defined traditional tunes are able to strike the same chord in everyone who’s listening to them, even if those listeners have different origins and cultures. That’s what’s happened on Friday night, when il Nuovo Bella Ciao performers (a septet of Italian outstanding artists like Riccardo Tesi, Lucilla Galeazzi, Elena Ledda, and Maurizio Geri) walked on the Auditorio Abanca stage. They revived a show and tunes written more than fifty years ago, rearranged them, and instilled new life in that popular repertoire. Doing so, they unveiled a central page of the Italian folklore in front of the Womex audience, showing the imaginative drive which those songs still harbour.

Acid Arab (Friday) – One of the most recent sensations coming from the French electro scene, honoured its name far and wide. The duo from Paris presented to the DJ Summit its mix between North African, Middle Eastern and Indian sounds, with their distinguishing French touch, and inevitably ended up filling and electrifying the dancefloor. Throughout the one-hour set, Acid Arab gave enough time and room to the audience to familiarize and move their hips to the vibes of Musique de France. The debut LP of the Parisian project, which was released a few weeks ago, monopolised the set-list with “La Hafla”, “Sayarat 303”, and “Stil” to take the lion’s share.

Nomade Orquestra (Saturday) – It was the first time that Nomade Orquestra were playing outside Brazil, and it was also the first time for many of the musicians to travel to Europe. But they didn’t take too long to acclimatise to the Galician weather. The Sao Pâulo big band played for almost an hour at Salón Teatro, and simply smashed it. Their show was a crowd-puller: it got slowly under way, created the right conditions and mood, and finally burnt up, ignited by the dynamic and stimulating artistry and cohesiveness of the ten musicians on stage. From free-jazz to samba, candomblé to afro-funk, Nomade Orquestra gave life to what every music listener aims to experience during a gig: a music journey between traditions.

Calypso Rose (Sunday) – Womex dropped the curtain on its 2016 edition with a smile: a bright, generous and warm-hearted smile, the one of Calypso Rose. Introduced by the emotional speech tributed to her by Stonetree Records Manager and renowned producer, Ivan Duran, and honoured with the Artist of the Year Award, Calypso Rose delighted the Auditorium Abanca crowd with her charisma, upbeat attitude and enthusiastic music. She introduced to the audience her latest work, Far From Home. She revisited some of the greatest hits of her fifty-year-long career, but ultimately her performance was a lot more than notes and lyrics. It was about her genuine and overflowing personality, colourful stage presence and significance of her figure, today as much as when she became the first “Calypso Queen” in history. 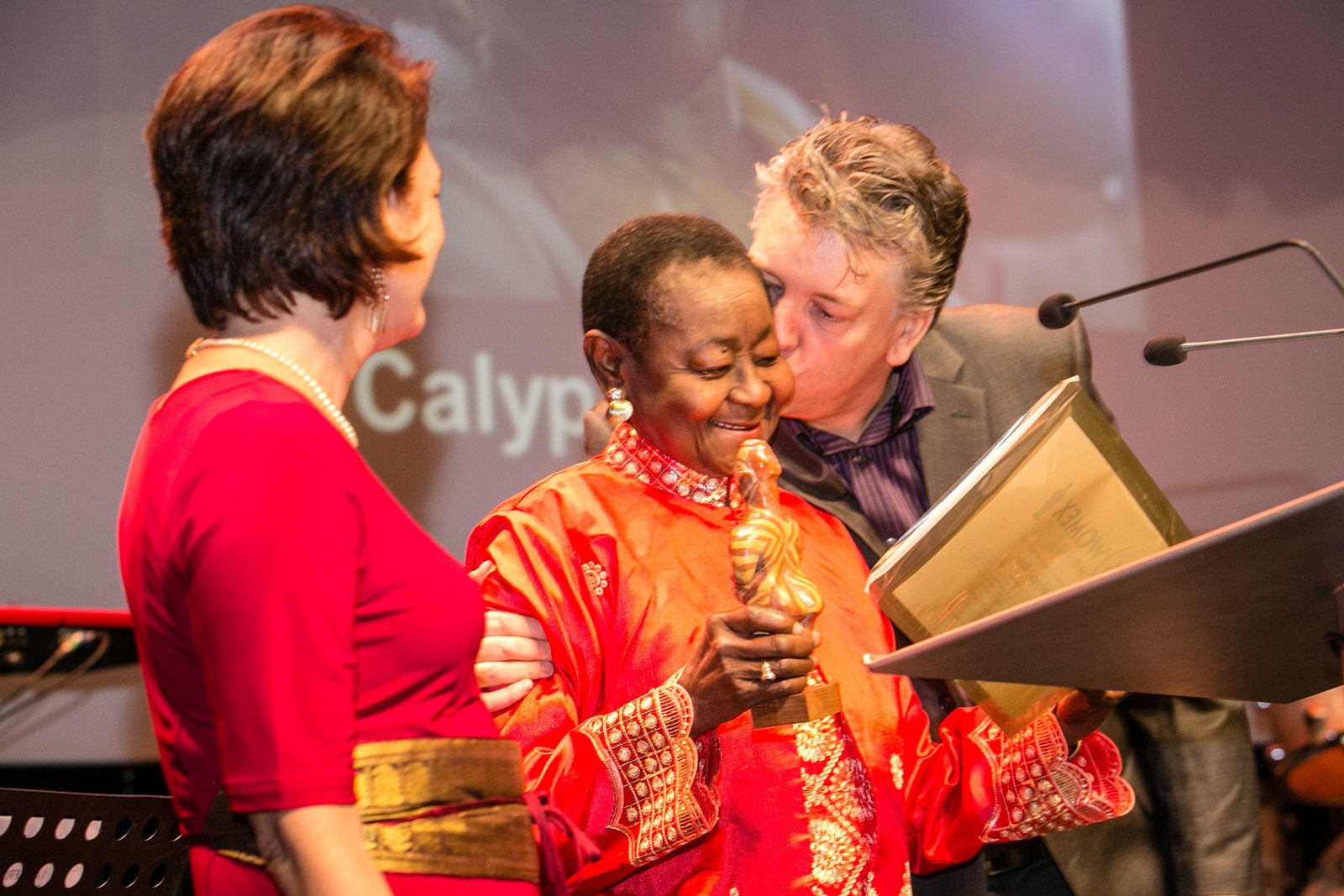