The 2017 edition of the K-Music Festival is all about collaborations. It aims to show how diverse, innovative and dynamic South Korean contemporary music is; how it can be rooted in its own old tradition, yet open to the rest of the world and the future.

A perfect example of such an attitude in music-making and performing is what went down at Rich Mix on Monday 9th October, which saw Woojae Park, Shogo Yoshii and Soumik Datta perform a special one-off concert.

The three artists were brought together a few years ago by internationally-renowned choreographer, Sidi Larbi Cherkaoui, in order to create the soundtrack for his dance piece Fractus V, which played at The Sadler’s Wells Theatre and also toured worldwide. They were put together in a house in Antwerp, Belgium where their friendship flourished and their musical understanding and exchanges developed, while Woojae Park fed everyone (as if it could not be enough to be an outstanding musician, the man is also a skilled chef, as told by Soumik Datta at the show).

Indeed, it is thanks to these skilled musicians, who manage not to fall into folk clichés and adapt the sound of their instruments to each other in successful ways. No matter the differences between their instruments, the three definitely seem to share an attitude towards music making otherwise, it would be hard for them to create such beauty. Each can easily swap instruments if needed — at some point it was Datta who played the percussions when Yoshii was busy with the kokyū — and make them sound the way they want — Park played the geomungo both with a stick and a bow and from both sides.

Add to this a very relaxed and intimate atmosphere at the venue, where Korean canapés were served, and tables were brought out for the occasion, and you get the perfect ingredients to make you willing to extend the weekend and go out on a Monday night. 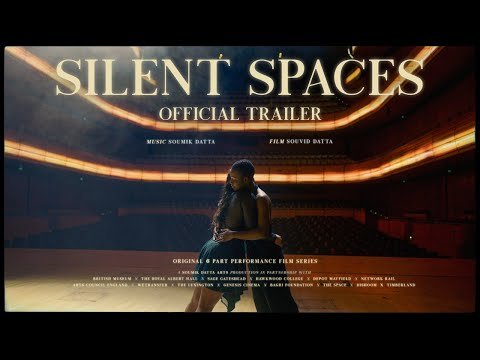