The South-Korean music scene is much more lively and diverse than one might think. There is much more to it than the dozens of girl and boy-bands in glittery clothing who are to be seen dancing daily on their national TV channels. In the alleys of Hongdae, the Seoul neighbourhood stretching around Hongik University in Western Seoul, can be found some of the best indie acts in underground student-packed bars. Seoul is also the home of some of the most prestigious arts universities in the country and in Asia, where renowned musicians have been formed acts. Add to all this a long-standing indigenous musical tradition with unique instruments, and you get a kaleidoscope of sounds and genres that is truly varied and unique.

Jambinai is the perfect example. Although they might claim they are still not that successful, they are now touring Europe for the third time and are about to release their second album. Their music, a blend of gugak (Korean traditional music) and rock, is something not even Korea has heard before.

On Monday 16th May, they attracted a big audience to Corsica Studios in South London as part of the Baba Yaga’s Hut shows. They might have been surprised to see so many people at the gig, but it was not difficult to understand why it was worth going out on a Monday night after listening to what they are capable of.

Our first question to them was to ask them to introduce themselves and the instruments play.

IL: My name is Ilwoo Lee, I’m the guitartist and player of the piri, a kind of flute, and taepyeongso, a Korean trumpet.

BK: My name is Bomi Kim and I play the heagum, a sort of violin made of a wooden box and only two silk strings played with a bow made of horsehair.

ES: My name is Eunyoung Sim and I play the geomungo, a traditional Korean stringed instrument of the zither family.

The trio is also joined by drummer Jaehyuk Choi and bassist Byeongkoo Yu when performing live.

How did you become Jambinai, and what does the name mean? What made you wanted to mix Korean traditional music with modern music?

We chose the name Jambinai just because we liked how the word sounds. It doesn’t have any meaning, even Koreans ask us every time what it means.

IL: We attended the same school [the prestigious Korea National University of Arts], where we studied Korean folk and classic music. After graduation we decided to form Jambinai because we wanted to bring Korean traditional music to ordinary people, who do not listen to it. Nowadays few people actually listen to this kind of music. Only students, their professors and their friends and family attend this kind of performances and concerts. Therefore, we wanted to communicate with ordinary people and make them discover Korean traditional music.

Who influences and inspires Jambinai’s music?

IL: I am mostly influenced by many Western rock and heavy metal bands such as Nine Inch Nails, Black Sabbath, Sepultura, and also post-rock bands such as Godspeed You! Black Emperor and Explosions in the Sky. Actually, there are so many bands that inspire me and my music.

What about Korean musicians? What is the Korean music scene like? K-Pop is becoming more and more known overseas but there must be also an indie scene. Are there other bands trying to make music like yours?

IL: I am mostly influenced by Western bands when it comes to modern music. In Korea however, there is a scene for every genre, hip-hop, rock, heavy metal, punk, but they are very small. I think there is no other band who is trying to do what we are doing. We are sort of pioneers in the genre. There are bands playing traditional music and trying to make it modern, but they are interested in achieving an “easy-listening” sound. They blend it perhaps with a guitar or a piano. Our sound is instead darker, and not many people like it because of that [he laughs].

So how is your music perceived in Korea? It must be difficult to be pioneers!

IL: We are still outside the Korean music scene. When we started the band, many people were not interested at all in Korean traditional music and the ones who were hated our music because it is not the “real” thing, they think we are “too loud”. Things are now slowly changing though. Many gugak students have started listening to our music and even copying it.

BK: Our teachers are not very happy with the music we make. At first, they did not even believe anyone in Europe would be interested in our music.

On the contrary, it seems you are becoming quite successful in Europe! It is not the first time you are touring the continent. What is it like to play in Europe? Does it differ from playing in Korea?

IL: Actually, I think we are still not that successful in Europe. Even though sometimes it is easier to get a show here than in Korea. Back home, at the beginning of our career, many rock festivals did not accept us because we were “a traditional band” in their eyes, and many traditional festivals did not accept us because they considered us “a rock band”. It was really hard to get a show in Korea. Ironically, the European tour helped us getting a show in our country: many Korean promoters changed their mind when they realised people in Europe were interested in our music. But we still happen to play more shows in Europe than in Korea.

People in Europe seem to like these kinds of mixes and blends in music, especially in London, which is such a multicultural city where these syncretisms happen every day at every level, not only in music.

IL: Yeah, I think so. London is also the hometown of heavy metal, so that might be also a reason why they like our music.

Your first album, Différance, came out in 2012 and was well received. This June your second album will be released. What is going to be like?

IL: Our second album is called Hermitage and is coming out on the 17th June [released by Bella Union]. It is definitely darker and heavier than the first one, but at the same time I guess it could be more popular. The songs are also shorter in length. We collaborated with Korean hip-hop artists on a few tracks, which is something we did not try out in the first album. We hope you will like it! 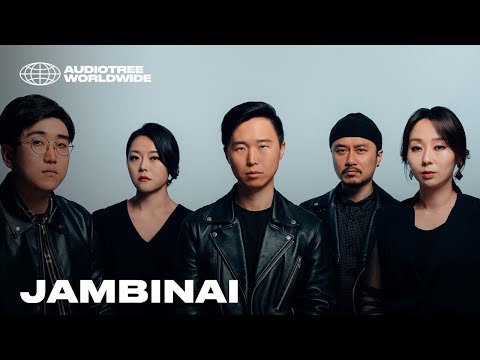