Just a couple of weeks ago, on the 25th of October, Chilean people were the driving force behind one of the most important moments in their country’s life. A national plebiscite, spurred by months and months of social unrest and protests against the government and culminating in different cacerolazos, set in motion the process for drafting a new constitution.

To understand a bit more about these eventful days and the Chilean present, we reached one of those musicians. An MC, singer/songwriter, photographer and former half of Deyas Klan duo (who also good-heartedly took part in our Chilean music online-streaming event Yo Canto a la Diferencia). We are talking about La Deyabu, an artist who, through her lyrics and lenses, has got used to narrating and portraying Chileans’ everyday life.

Let’s start with some hope and good news. Yesterday’s referendum was a thorough success and it showed how much Chileans care about their country. How do you feel about the overwhelming participation and results, and what do you think is going to happen next?

Hope is what we have, not much confidence in the political class. But we are living in a historic moment with high participation from many sectors. It is also encouraging to know that in my country almost 80% of the people want to undo the deeds of the dictator Pinochet, they want to be a better country. Next we have to become participants in the process, in addition to continuing to demonstrate in the streets.

At the same time, you (as a Chilean and as a musician) are struggling and have to fight every day because of your government. Because of its choices and because of how it’s handling the Covid-19 pandemic. How is the day-to-day situation in Chile and how do you feel about the imminent future?

Chile has always struggled to live, salaries are low and life costs money, especially since most basic rights, such as health or education for its inhabitants, have been privatized. I work in art and management, it is difficult to find opportunities but I am passionate about it.

In your lyrics, you have always been outspoken and straightforward when it came to singing about your country and its social and political issues. What’s your relationship with Chile and what are your hopes for your country?

Love and inspiration, it is my relationship with the land and the culture of Chile, it is a magical place with very beautiful and unique corners, a culture very rich in folklore. I hope that we can build a more just country that respects its inhabitants and especially its nature.

Musically speaking, Covid-19 hit the sector and its players very hard. Do you see any way out? How are Chilean musicians dealing with what’s going on?

The musicians in Chile are always in constant struggle, it is a country where money is not invested in culture, therefore it has always been difficult. Clearly what sustains us is the collectivity and community work, therefore Covid-19 hit us by stopping us being able to get together, they have been hard times, but we are always like this…in Resistencia.

Let’s go back to some positive notes. You just released a video for your song ‘Truko’. What’s the idea behind it and why did you decide to release a video for that song now?

‘Truko’ is a song that depicts Chile’s yesterday and thus understand why today it has this level of inequality and injustice. This video clip was worked on for two years by the filmmaker and documentarian Katharin Ross, who in her audiovisual language seeks to portray part of these “tricks” of the political and bourgeois class of Chile. It is a video and a song necessary for these times, where we cannot believe in anyone other than our power, the power of the people.

Matria, your latest album, was published two and a half years ago. How do you feel about it today? With the wisdom of hindsight, is there anything you would have done differently?

Matria was a lucidity both in my musical career and in my life, I have learned and lived every reflection that I sing, and as time passed I have managed to work on my next album Chakana. This album is also full of travels, revolutions and love, it has given me the opportunity to try and change… I think we cannot think about changing the things of yesterday, we can only learn from them to make it better today.

If I’m not wrong, you live between Santiago and Valparaiso. How are the cities influencing your music and what can you tell us about their music scenes?

I was born in Santiago, in the Santa Julia neighborhood and today I live in Valparaiso, I needed to get away from the city and the Port of Valparaiso is a city that has always captivated me. The music in Santiago is diverse and as it is a centralist country, everything is there, the great stages and festivals are there, also the best studios to record in. But Valparaiso has a tremendous local scene, very rich in folklore, a popular and rebellious mix. I eat both.

Is there any new Chilean musician/band you would like to suggest that we listen to?

What music are you listening to these days?

The last Gorillaz album and studying the demos of my next album Chakana.

Apart from music, photography is another passion of yours. In some ways, it has a lot of analogies with rap when it comes to portraying the world where you live and takes into consideration the lucidity and incisiveness of the medium. So, how do photography and songwriting influence each other in your creative process?

I like making stories, with images or with words, so they both understand each other very well. I feel that this way I am making a journal of my life, of the trips, of the people and of all the learning that they give me. I have a documentary in which I work and it is about hip-hop, from all the countries where I have traveled I have photographed artists of the culture. Between Latin America, Europe and of course Chile, I have a series that grows year by year and I hope to be able to make an exhibition of this in the future.

Despite Covid-19 probably making many of them science-fiction rich now, do you have any projects for the future?

I have several projects in mind, the closest one is the launch of my next album Chakana, I really want to make a tour of South America during the summer if possible (despite Covid-19 issues), EP of the La Deyabu + Banda Project, and I finally plan to be able to travel 2021 again to Europe. My trades of photography and music allow me to be able to move, always working and learning.

My music is Resistencia, it is urban folklore, my life in rhymes and my dreams sung as mantras, to see if they come true. 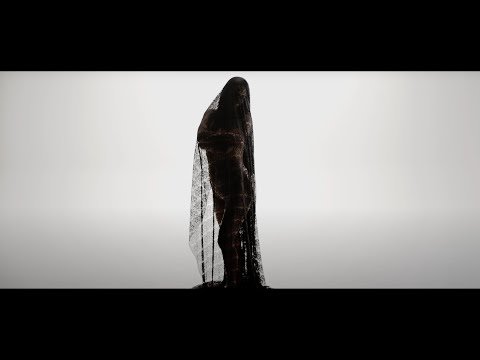 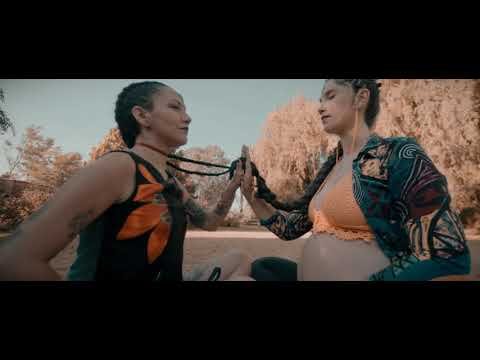