It’s no secret that the hip-hop scene in Ghana and West Africa at large is more exciting than ever. From the GH hip-hop of the mid-‘90s to today’s nu-school after passing through the hiplife years, the style has made millions of adepts, followers and sales, continually re-shaping itself while always embracing local and traditional influences. From an underground, stars-and-stripes devoted movement, it has grown into a hyped and quintessentially West African trend.

One of its most acclaimed interpreters is also an artist who has gone far and beyond the hip-hop borders; rediscovering his roots and blending them with the beats and rhymes coming from the other side of the Atlantic Ocean. Accra born MC M.anifest, who will be visiting London on Thursday the 28th  of May to perform at XOYO, is indeed not your usual rapper. In the last 13 years, he has grown into one of the most recognised, talented and forward-looking Ghanaian musicians, thanks to his quality songwriting and all-embracing sound, from afrobeats to highlife and afrobeat to Afro-electro.

We reached him via email a few days ago and wanted to learn more about his career, influences and his latest release The Gamble.

Despite being considered a hip-hop and afrobeats artist, you have always had quite an original and forward-looking approach to the styles. How does your creative process work? How do you think about, forge and write new songs?

I challenge myself to go beyond the current trends of either afrobeats or hip-hop. Usually my approach is to develop a sonic vision for a project through experimentation with my producers. A lot of producers on this side love to work in isolation. What I actively do is to bring some of my favorite and most innovative producers together in the same room and curate sessions. These sessions more often than not are the beginnings and blueprints for my projects. The concepts of songs and albums I just allow to manifest spiritually when I’m by myself.

In your music, you constantly include plenty of Ghanaian and West African elements (both traditional and more contemporary). What’s your relationship with your country’s music tradition?

I’d like to think my grandpa, who I grew up with, being a composer and ethnomusicologist probably has a big part to do with it. Also there’s just so much magic to be made in popular music by taking inspiration from traditional African music. The discoveries are exciting for me.

The Ghanaian music scene is becoming bigger and bigger, growing in popularity in Europe too and diversifying itself from the well-established highlife, hip-hop or afrobeats. What can you tell us about the music scene in Accra?

The scene has grown by leaps and bounds since the 90s which were the earlier years of hiplife. Hiplife morphed into jama, azonto and now has been splintered; some of it has assimilated into afrobeats and some into Ghanaian hip-hop. You have about three active generations of musicians from Hip-life  to the present, and that makes for quite an interesting scene. Ghanaians are notoriously innovative musically. It’s about seeing it from innovation to worldwide greatness that is still a bit problematic for the scene.

Still, Accra has become a sort of spiritual home and vacation spot for the black diaspora. So there is a certain vibrance and importance that comes with it, and that is still unraveling. African popular music is having a global moment, and Ghana, I suppose, is positioned to perhaps be next in line to have the kind of impact Nigeria is having. We live to see. Artists like Amaarae and Cina Soul are absolutely worth checking out.

What were the styles and artists who shaped M.anifest’s sound? What were your music listening preferences when you were growing up?

I’m a child of hiplife so Obrafour, Lord Kenya, Reggie Rockstone, Abrewa and the likes were big for me. In my earlier years, I was molded by a lot of highlife, reggae and hip-hop: Ebo Taylor, George Jahraa, Amakye Dede, Buju Banton, Gregory Isaacs, Bob Marley of course, Fugees, Nas, Outkast, Pharcyde, 2pac, DMX, and believe it or not Kriss Kross. Later in life, I dove into jazz, soul, a lot of music from the 60’s and 70’s, garage and grime from the U.K, some Brazilian music, and lots of other African music forms; both popular and traditional.

Your first single and album were both published back in 2007… How much has your music vision has changed over these years? Do you write music in a different way?

Honestly, I almost don’t recognize the 2007 me, even though I appreciate him. I have a clearer vision now. And blending African music/afrobeats and hip-hop is a much more seamless adventure for me now. I’m constantly creating how I want, as opposed to what was available to me in 2007. My musical voice is much stronger and true to who I am in real life now. I have kept safe the remnants of the 2007 me that was hungry and would do it myself and by any means possible. I think that’s how come a lot of people are now encountering me and feeling like I’m a new artist. The 2007 aura is still with me.

What are your main musical influences at the moment? Is there any artists/band/style inspiring your sound today?

I’m really experimenting with channeling what Outkast (particularly Andre 3000) would be doing to delightfully bend and elevate African popular music. I’ve recently found myself listening to a lot of Benjamin Clementine, Kendrick, Tiggs Da Author, and Burna Boy of course. It’s a crazy time because I’m finding a lot of inspiration from my music friends around the world: from London to New York, to Jo’burg to Lisbon to Lagos, etc.

Talking about the present, you recently released a new EP titled The Gamble. How would you introduce it?

The Gamble is a musing on the chances we take in life…especially in love. It’s musically a seamless fusion between afrobeats and hip-hop. I loved making it, especially because I had some of my favorite collaborators on there.

As anticipated, The Gamble enjoys quite a few important collaborations from Kojey Radical to Burna Boy, and from Simi to Bayku. How does it feel to work with such diverse and well-known musicians? And what were you looking forward to adding to your tunes with their contributions?

Real recognizes real you know. I collaborate with people whose work and talent I admire and I presume vice versa holds true. I usually have no idea what the collaboration will sound like, but I have a good inkling on whose voice, energy and aura are needed for what. The Gamble was a wonderful process in terms of collaborating. They all brought their A-Game.

We often read the name of your grandfather in your bios. Since he was a remarkable figure in Ghanaian and West African music… How much influence has he had on your career and approach to music?

My grandpa’s influence on me has been enormous. He was tremendous as a human, scholar, composer and quiet Pan-Africanist. I was a direct beneficiary of living under the same roof with him and having countless conversations about life and art. It’s one of my greatest privileges in life: to have known him and be of his bloodline.

Another crucial element in your music is videoclips. What does a video have to convey to the viewer to be a successful one?

I love music videos because of how much more life they add to the music. They’re art pieces on their own. I would love making music videos even more if they weren’t so expensive!

In May, you’ll be playing here in London. What should people expect from your show?

To be real, I’m very, very excited since this is my first headline show in London! I’m pulling out all the tricks for this one: sonically and visually! It’s going to be a musical night with a party vibe, and I’m looking forward to giving the U.K my very unique blend of: African popular music meets hip-hop. I have some musical friends who will be showing up as surprise guests as well. The plan is to make sure it’s one of the most memorable nights of the year for everyone who comes.

How would you introduce your music to someone who had never listened to it?

My music is what happens when you grow up listening to Fela and Outkast. It’s a fusion of popular African music and hip-hop in a very modern, musical, and lyrical way. It’s what happens when Ghanaian grooves and Highlife guitars meet 808’s and Western melodies. 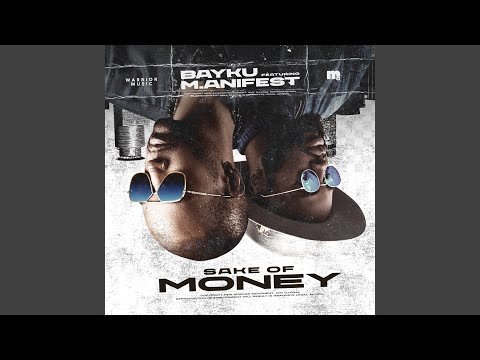 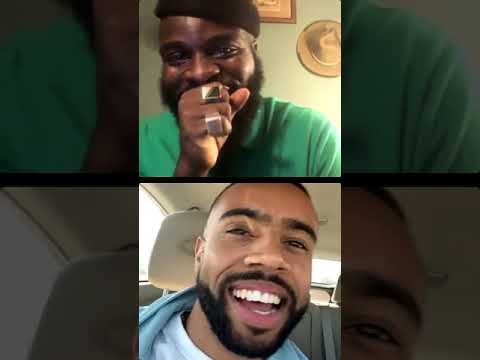