Every now and then (and by far, it happens more “now” than “then”), Jo’burg and its music scene surprise us with the new release of one of their offspring. The city and its cultural environment, because of its social fabric and history, is a tireless forge of talents, ideas, creativity and inspiration.

Urban Village, a quartet born-and-bred in Soweto in 2015, perfectly fits the bill. With their music, the artists manifest the soul of their city blending together folk with Zulu rock, Xhosa funk, mbaqanga, maskandi…

Despite the Covid-19 pandemic that badly affected their country, the quartet just released a new EP, titled Ubaba on the French label No Format!. It will be followed right away by an LP (Udondolo), out in a couple of months.

We thought that this was the perfect time to reach out to the band and ask them a few questions about their new music, South Africa, their city and its music scene.

We know that South Africa and Soweto have been badly hit by COVID-19 and government’s restrictions. How are you and your music dealing with these mad times?

Covid was a big blow to the whole entertainment industry and the country as a whole, probably to date the most devastating to hit, but it gave us new normals.

We as the Urban Village used this time to re-plan our album release period, engage with our audience through new means: live-stream events and our membership program. Our management, Akum Agency and label No Format! were great support, as we adjusted and replanned in this uncertain environment.

At the same time, your new EP was released a few days ago, while your debut album will be out in a few months’ time. How do you feel about releasing new music in the middle of a pandemic? It’s quite a strong and meaningful act, but a risky one as well…

At first it felt strange to release new music when we cannot tour but the feedback we have received from our day fans and new fans has been amazing. We aim for our music to be part of positive change, to create dialogue on Pan Africanism, heritage & culture. So by releasing in the middle of a pandemic, we are pushing forward with positivity.

Many people define Urban Village as an experimental band. Still, your bond with the Zulu and Xhosa traditions is really, really strong. How can you let the experimental and traditional elements smoothly coexist and interact within your music?

To us, Urban Village also explains the music and how it’s formulated: growing up in Soweto played a major role on how we merge the music of folk/indigenous and the experimental-modern world music sound. To us the merger is how we grew up with sonic waves that influenced our upbringing – it had strong cultural values from the villages and multicultural experiences which can only be found in Townships, since they are communities of different ethnicities, and the exposure of being City Boys where there are international and cross continental influences from radio and television sets. Keeping that identity is the deliberate method of delivery as we believe we are messengers of our culture’s values and also archivists of the Southern African diaspora. The experiment of making the music is so that it communicates across the board.

Can you briefly retrace the Urban Village story? How and when did you form and what’s happened since then?

This is one of the most asked questions… However, briefly this was the brainchild of Ntsane Lerato Lichaba (guitar) who started it with Tubatsi Mpho Moloi (lead vocals and flautist) as a duet in the 2015, then a year later Xolani Cush Mtshali (drums) joined them and lastly Simangaliso Dlamini (bass guitar) in 2017.

“Ubaba”, your latest single, emphasizes an eloquent message reflecting on and bringing back memories of the establishment of apartheid in Soweto. How would you present the song?

Ubaba – a father figure in the community’s reflection towards love , aspirations and social pillars. This celebrates all the positive things issued by fathers all over the world. Salute to all dads out there who are present in the house. It mostly depicts how under the ‘Apartheid regime’ male migrant workers were taken into hostels to work in mines, so we celebrate how they kept providing for families under harsh conditions. These are the very father figures that are kind of forgotten… “Ubaba” shines the spotlight back on them and also it is in celebration of father figures across the spectrum.

Your new EP features another significant song titled “Sakhisizwe”, which sounds like a good and proper call to arms to the old and new generations of South Africans to build a just nation.

That’s precisely what the song Sakhisizwe encourages – the young and old, the unification of the human race beyond colour and genre. This is what we call the Urban Village philosophy because it encapsulates our view of how the world ought to hold together and unite in our diversities.

How do you feel about South Africa today? Do you see people going through that reconciliation and social reconstruction process together?

South Africa is slow off the blocks to social reconstruction, we have come a long way but we’re still a long way off. We would love to see more – I guess being musicians who are more spiritually based, there is no gentrification in that realm and the world as it is – we do not swing to either the left or right wing. People are going through it, but it’s happening at a very slow pace.

Can you introduce us to “Izivunguvungu”, the third song on your new EP and your second single?

Moving a few months forward, let’s briefly talk about your debut album. I know that it’s titled Udondolo and it will be released in January 2021… What else can you tell us about it?

Udondolo meaning a walking stick, it’s our first album that we recorded with our French label No Format!, we worked closely with our French Producer Frédéric Soulard who was very significant in making it sound so rounded and complete… It’s a very diverse album, which welcomes you on our journey as the Urban Village, and shows how we have come through many phases. It’s multilingual and has a featured song with Msaki.

Johannesburg is arguably one of the liveliest cities in the world when it comes to music. Even these days, there are new acts sprouting out from its scene almost on a daily basis. What’s its secret?

The secret is the culture, Jo’burg is an economic hub meaning the influx of different nationalities and cultures makes it rich and not one-track minded… There are many unsung heroes and legends which to date still feed the scene with the necessary nutrition for it to be well nourished… The fact that most artists in Johannesburg always have world and international aspirations makes them search deep and wide when making their strides into the music world.

Last year, when we interviewed Spoek Mathambo, he mentioned your name as one of the new Jo’burg-based acts to watch out for. Can we ask you to do the same and suggest some new musicians/bands from the local scene we really need to listen to and learn about?

You release your music on No Format!, a French label based in Paris. How is it to work with someone who’s more than 5000 miles away from Soweto, not only physically, but also socially and culturally? How do you relate to them and how do you feel to be part of such an all-star roster including musicians like Oumou Sangarè, Blick Bassy, ALA.NI and so on?

Our work has been so blissful and organic we forget that they are based miles away…. However they have been working with other African legends, which shows that they are more world based…. They have become fellow Jo’burg-ers, our relationship was a match made in heaven…

At times it feels so surreal that we are part of an all star legendary cast – just to name a few, Oumou Sangaré, Blick Bassy, AlA.NI and Gerald Toto. We really could not have asked for a better label to be under and the fact that our first French performance they were there FOR is unbelievable, it has not totally hit home yet.

We already talked about your new EP and upcoming album… Do you have any other plans for the future despite all the uncertainties of the present?

We have a video we recorded for what we feel will be the people’s new anthem “Dindi”, we are going to have a mini tour around the end of November and December to France…. And then next year the anticipated album release.

How would you introduce Urban Village and your music to someone who never listened to your music?

The Urban Folk music, layered with a futuristic electronic soundscape, with its synergy and spiritual intertrips. We can’t welcome enough every opportunity we are presented to reach and write about Urban Village. Not only because we never made it a secret that we are fans of the music of the Soweto-based quartet, but also because their cultural relevance and topical drive- when it comes to narrating… 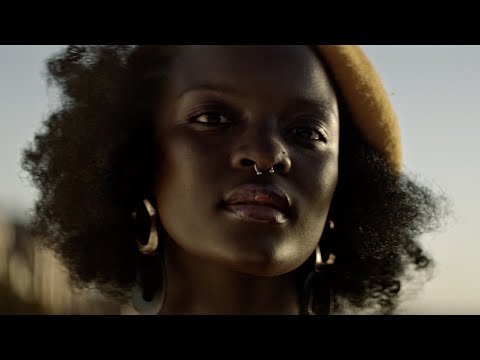