If, in the recent months, London has become a “jazzcat forge” with new artists emerging, earning exposure and enriching the city’s jazz scene almost on a daily basis, the credit has to go to up-and-coming projects like Blue Lab Beats. We don’t exaggerate in saying that the duo, formed by Namali Kwaten and David Mrakpor, better known as NK–OK and Mr DM, is one of the best examples when it comes to organically built bands. They are clearly an outcome of London’s exciting urban alternative scene, but they are also helping that scene to grow first-hand, as they are shaping it in their own way.

A few days before the beginning of their European Tour, which will start in London on the 21st October at Oval Space, we reached the duo from Barnet to find out a bit more about the experimental jazztronica brewed in their wizardly Blue Lab.

When did Blue Lab open its doors? Can you briefly tell us Blue Lab Beats’ story: How and why did you form the project and how has it changed?

“Blue Lab started about four years ago; it’s now coming up to five years altogether. We released music just under two years ago. The best thing about the two years so far is the transition from making EPs to now making albums. The capacity of our shows just keeps growing larger in number, and it’s such a great experience sharing our music with the world, and especially working with different artists.”

Musically speaking, your main style can be considered jazz, but there are plenty of other influences in your sound. Where do they come from and how do you let them influence you?

“Our music borrows from jazz but also hip-hop. Best way to describe it – Jazztronic; infusing a bunch of electronic elements and jazz influences.”

NK – “My main influences come from my parents and what they listen to, especially growing up. My mum being a DJ and my dad being a musician, I was always exposed to good music growing up; rare groove, 90’s hip-hop, and my grandma would always play jazz when she came around.”

DM – “Main influences for me would definitely be Charlie Parker, Herbie Handcock and Miles Davies.”

Is there any musician/band you revere and can’t help but listen to when you write new music?

“We listen to the Stevie Wonder’s album Songs in the Key of Life; and Nard by Bernard Wright and Don Blackman.”

Your music is quintessentially “London”; not just about its inspiration, but also attitude. How do you relate with the city and its music scene?

“From knowing good musicians and singers. It’s always important to surround yourself with good energy, which creates a vibe, especially going to jam nights and places like Steam Down.”

I know that you have some deep music relationships with other London-based musicians/bands. Who are they and who would you recommend for us to listen to?

At the same time, you’re also deeply involved with the UK jazz scene. What’s your perspective on it and why do you think it has literally exploded in the last few years?

“It’s amazing to see everyone doing their thing and getting recognized, as well as supporting the scene. That by itself is very inspiring to see, especially as we are good friends with most acts on the scene.”

One of the best things about the UK “alt-jazz” or “nu-jazz” is that it has been able to engage with a completely new audience, not simply a younger one, but also formed by people who hardly listen to any jazz. Why do you think your music appeals to non-jazz music listeners too?

“Hip-hop, Neo soul, R&B and the electronic side of our music can relate to everyone. You are never too young or old to catch a vibe, especially with tracks that make you dance (like Pineapple).”

Xover, your debut album was released around six months ago. After half a year, how do you feel about it? What would you have written or played differently and what do you like about it?

“We are very happy with our album. We wouldn’t want to change anything. (NK) Each final recording on an album is a like a caption with sound through; you can’t go back to the past and change a memory. If you were to change too much, you wouldn’t get the same feeling as you first did. The album explores different parts of music from working rappers, singers, and improv musicians to merge all this into one sound.”

We simply love your videos and have also shared them in the past. What can you tell us about them and why are they important for your music?

“Added visual just adds to the art form of what Blue Lab Beats are about. Not only do we do it through our music, but visuals play a huge part in that too.”

You’ve plenty of gigs coming up in the next days/weeks and not only in the UK… I know that you’ve already played outside the UK, so how do you feel about taking your music abroad in front of an audience who might not be used to it?

“It’s a great feeling. It is always a pleasure bringing the Blue Lab Beats experience to new listeners. Jazz FM was the gateway to that exposure.”

Apart from your shows, what are your plans for the future?

“Making more music, working out different concepts, and working with other vocalists and musicians for collaborations.”

We usually close our interviews by asking a canonical question to our interviewees. How would you introduce your project and music to someone who has never listened to it?

“We would describe it as jazz, soul, R&B, hip-hop all in one pot. It is about being chilled and laid back, but it also keeps you up on your feet dancing.” 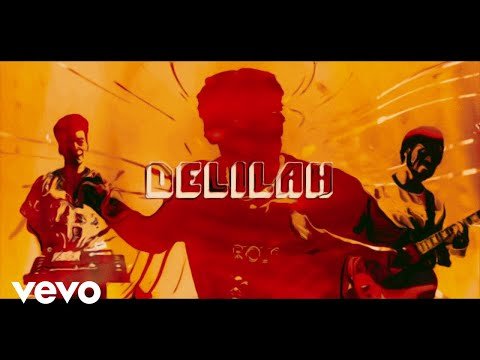