Interview: Q&A with Montparnasse Musique – Music Made for Dancing (July 2021)

They might have only just released their third single, but Montparnasse Musique are letting you dance since the early 2000s.

“Legend tells us” that in 2018, they casually met on the mezzanine floor of Montparnasse station in Paris and decided to join forces to give life to one of the most up-and-coming and exciting projects in Afro-dance bringing together North and South African, electronic and traditional vibes.

Despite the pandemic, lockdowns and travel restrictions which grounded all of us last year, they could still manage to release their first two EPs on Real World X, with a third one, titled Sukuma, being published today.

So, we thought it was perfect timing to reach them and be introduced to the dancy world of Montparnasse Musique.

Despite the fact you’ve just released Montparnasse’s third single, you are far from being newcomers in the music scene. Can you briefly retrace your careers for us?

Nadjib Ben Bella: I am also known as DJ Boulaone but wanted to start from scratch for this project as Ben Bella (my real name). Growing up, I wanted to develop my own project (even if we team up with Manyelo) instead of being invited by a lot of artists to their projects.

I started with music when I was 10. Then I studied piano at the Conservatoire.

Aero Manyelo (Chobolo Manyelo): I‘m from South Africa where I run a label with my partners, which is called Herbal 3 Records.

I worked on many different projects, among them Batuk, together with Spoek Mathamba and Mantiega. Then I collaborated with artists like Idris Elba, Mahotela Queens, Dafro … and released my own records on labels like Get Physical Music, Sony, 7wallace, Outhere Records, Moblack etc.

I read that you first met at Montparnasse Station in Paris. Can you tell us a bit more about that meeting and how Montparnasse Musique came about and grew from there?

Nadjib: As you know, France is the country of strikes, haha. One good thing is that this time was a chance to meet as we were stuck in the train station. We wanted to pay tribute to that place where we met. From there, a long friendship was born.

Aero: We met by the piano section at the station, Nadjib was playing some keys, then I approached and introduced myself. He told me he is based in Tourcoing, if I should ever find myself there I should visit him. Only to find out a month later I will be performing in his town when I was still touring with Batuk. Then after one studio session at his house, the rest is history, and here we are today

Your project brings together different aspects and characteristics of African music. How does Montparnasse Musique work? How do you work, compose and record music together?

I would say that first of all, the vibe has to be there, we have to both like and validate the people we invite. Let’s say that, for example, we have been fans of Kasai Allstars for a long time. It was like a dream to meet Muambuyi the lead singer (thanks to Cubain Kabeya). Then regarding the process, first we record the live musicians and then we work, edit, arrange the tracks, both Manyelo and me.

How is it to work on a collaborative project in these socially distanced days? How much has the pandemic affected the Montparnasse Musique trajectory?

Aero: The pandemic messed up a lot of things, especially when it comes to touring, but is something that’s beyond our control. The advantage we had was more time to be able to work on our music because we couldn’t even get out of our houses.

Nadjib: It helped to build a strong catalogue (releases) but for the live part it is a disaster. We were supposed to rehearse in France with all the musicians and go on tour, but as you can imagine everything was cancelled.

You have already collaborated with plenty of remarkable musicians both with Montparnasse and outside the project. Were there any particular highlights in your music career and who are you looking forward to sharing the stage/ deck/ recording studio with in the future?

Nadjib:  Indeed, I had the chance to cross paths with strong souls like Amazigh Kateb, Mamani Keita, Damon Albarn, Fabizio Cassol. That’s the kind of artist who can bring you to another place even if you are sharing the same physical place.

An artist I would like to invite to collaborate with Montparnasse Musique is Terry Riley on the music side, and Ryoji Ikeda on the visual / conceptual side.

Your roots are in Algeria and South Africa, but you choose Paris as the base for Montparnasse Musique. How do you feel about and relate with the global dance/electronic scene of the city? Is there any Paris-based up-and-coming band/musician or DJ you’d like to suggest to us?

Paris has a strong dance music culture which is very creative, especially with guys like Savoir Faire who are visionary when it comes to artistic direction. Regarding the next generation, we really like the youngsters Nyokô Bokbaë from Boukan Records.

Who are the main inspirations behind your sound? Is there any artist/band/DJ you both love and who also influences your music?

Aero: When it comes to music I will go with Lane 8. Every time I listen to his music I get inspired.

Nadjib: My influences in Montparnasse Musique are a mix of the old-school techno scene from Belgium and the early digital African mad scientists like Wally Badarou or Wiliam Onyeabor (but honestly, we are not really trying to look like something else).

What are you listening to these days?

Your debut Panter was also the first EP published by Real World X. How is it to work with a music institution like Real World and what can you tell us about the new imprint launched by Peter Gabriel with your single?

Real World is the perfect partner as a mix of the 80s electronic synths culture and the traditional / acoustic instruments. I think that we have the same artistic sensitivity.

All the team respected our vision and never asked to change anything, which is a luxury nowadays. We also like the vibe of Peter Gabriel running the label, at the same time he is an artist, boss, technologist, and mostly a giant, simple and humble human being.

After two EPs and plenty of good reviews and coverage…what are the next steps that Montparnasse Musique is going to take? How long should we wait for your first LP? And (Covid-permitting) do you have any touring plans for the near future?

Nadjib: We have a few other surprises for you, as the next singles will be featuring some new guests, then we’ll be working on a tour for 2022.

How would you introduce Montparnasse Musique to someone who has never listened to your music before?

Our first idea was to make some music which talks to the body. Not that we do not like to reflect, but after 20 years of research and collaborations, we like to get people dancing when we perform. In our opinion, reflection is more for books, movies or exhibitions. 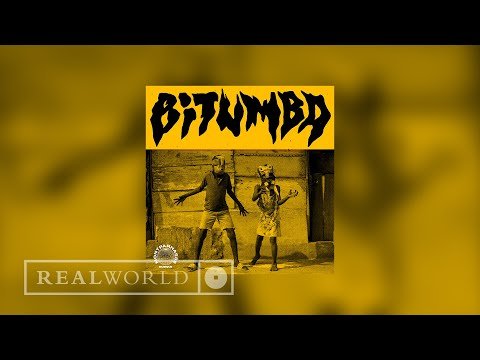 Montparnasse Musique are a duo formed by South African Chobolo Manyelo and Algerian-French Nadjib Ben Bella, two DJs and producers who met in Paris’ Montparnasse station and joined forces to create a dancy Afro-electro project.   Their collaboration just gave life to ‘Bitumba’, the duo’s second single out on Real… 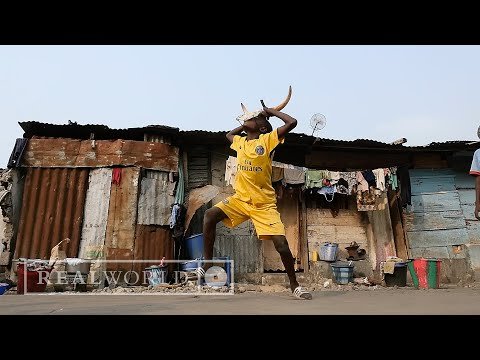