The New York-based band will perform at the Islington Assembly Hall on 30th April 2016, as the penultimate stop for their European tour this year. With their origins as a blend between the Balkan brass tradition and hip-hop and dancehall beats, the invigorating B-B-B ’s music is perfect for the historic Assembly Hall building, which in itself embodies the balance between tradition and modernity.

While B-B-B may have started out in 2005 as a Middle-Eastern and Mediterranean – inspired band, their eclectic aesthetics are always evolving, with core members Ori Kaplan (saxophone) Tamir Muskat (percussion) and Tomer Yosef (vocals) constantly reinventing themselves. With its mix of multicultural sounds such as klezmer, jazz, electronic raga, gypsy horns and hip-hop, it is clear that the possibilities are endless for the band, leaving us to only imagine what they might do next.

While their music can be listened to anywhere, the captivating B-B-B has earned a reputation for their highly energising and impassioned live shows, and along with their dance – inducing rhythms, it’s certainly not an experience to be missed. 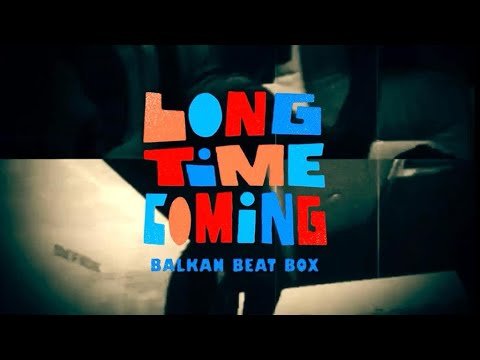 It had been indeed quite a long time… Balkan Beat Box are finally back with a new single.   Check out ‘Long Time Coming’ following this link: https://fanlink.to/BalkanLong