As it’s happening since 2001, for ten days in April, London sounds and plays Latino. The responsibility rests on ¡COMO NO! which, 15 years ago, started to organise one of the most chéveres Festivals of the London music scene.

La Linea has indeed brought to the British capital some of the finest, most eclectic and forward-looking Iberian, Caribbean, Latin and South American musicians and projects inspired by the sounds coming from those regions.

The 16th edition of the events will take its first (dance) steps at Oval Space on the 17th of April. In the Hackney venue, Cuban-Iranian project Ariwo will blend Afro-Cuban traditional rhythms with fine-grained Iranian electronica and introduce on stage the acid-house guru A Guy Called Gerald.

Two days later, Ana Moura will bewitch Cadogan Hall’s audience with fado-inspired bittersweet emotions and her kaleidoscopic voice. While on the 21st, Daymé Arocena will bring her soulful Cuban vocal richness to Rich Mix. On the following evening again at Rich Mix, La Yegros will keep her audience under the Argentinian nu-cumbia spell, thanks to her “magnetismo” and smooth grooves.

Then, it will be the turn of the boys starting from Brazilian MC Criolo. He will pay visit to London and Koko on the 24th of April (part of his five-date U.K. tour). Be ready for an outspoken and multifaceted performance, bringing together one of the most representative artists in the hip-hop scene, his cultural and musical wide-ranging inspiration and skilful stage-partners. If this wasn’t enough, he will be introduced by Congolese talent Baloji.

La Linea will decisively move North on the next day, when the referential tex-mex band Calexico will lead its fans and Barbican Hall through dilated and open-wide sound sceneries, desert sands and rolling tumbleweed.

Chile will have the arduous task to bring the Festival to a close and it will surely do it in style. The last two events of La Linea 2016 will be indeed animated by some Chilean poles-apart but intriguing musicians. On the 27th Chicho Trujillo will get everyone wild at Camden’s Electric Ballroom thanks to their uptempo beats, energy and indefatigable cumbia vitality. While on the final day of the event (28th of April), Adanovsky & Xavi y Los Imanes will dim down the Rich Mix’s lights with their refined songwriting and soft pop.

We will never get tired to repeat… ¡Que viva La Linea! 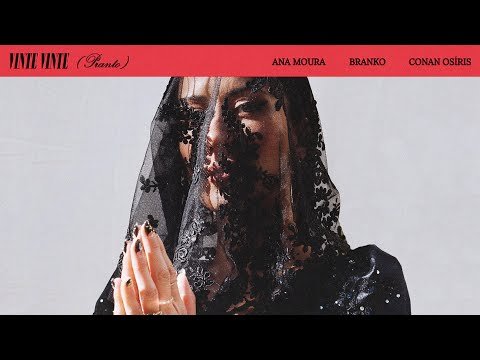 ‘Vinte Vinte (Pranto)’ is the new collaborative single by Portuguese musicians Ana Moura, Branko and Conan Osiris.   In the video, the three artists meet in Alfama to lead a funeral procession through the alleys of the old Lisbon neighbourhood and pay “an homage to everyone who lived through the… Chicano / Mexican rock today is a long list of formidable bands which have produced memorable albums and songs. Calexico, a band from Arizona on LA’s Anti- Records, is such a band – one that has outed itself from the shadow of typical mass-rock to sculpt marvel works. Their new…