Princess Nokia is a perfect representation of contemporary hip-hop, and a wonderful fixture of feminist rap.

Representing perhaps an anti0-movement because Princess Nokia brought back – or perhaps invented – emo rap, she’s a Puerto Rican American and she sings about not conforming to gender ideas. She takes her intersectional feminism to a whole other level, founding a ‘Smart Girl Group’ which aims to empower women of all backgrounds and orientations. This was the first place I truly learned the meaning behind urban feminism.

As well as activism, Princess Nokia has gathered an almost cult like following, also as with her independently released 1992 delux in 2017, then her follow ups being awarded “Album of the Year’ with NME. 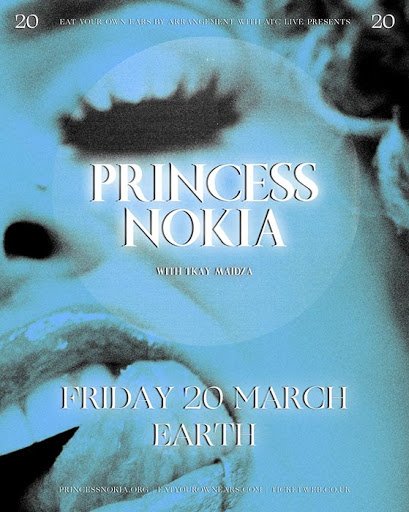