Recording and sampling musicians around the world, creating extraordinary new music, this post takes us to Indonesia recording with traditional singer Nur Handayani. 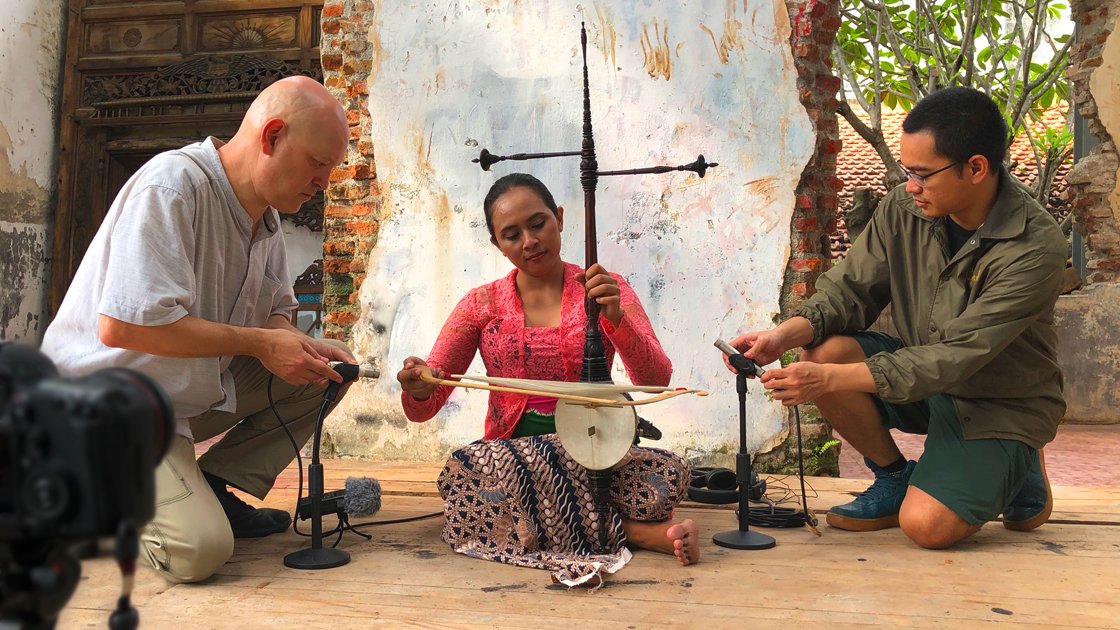 This month is from a session just before the pandemic in early 2020, in Surakarta, Indonesia, with traditional singer and instrumentalist Nur Handayani.  We were in the country working on a project supported by The British Council, collaborating with Indonesian artist Kuntari, who introduced us to Nur.  Recording in an arts centre that was still under construction, we both recorded her singing, playing kendang drum and Indonesian rebab – the upright ‘violin-esque’ 2-string and sometimes single-string instrument.

Nur first started learning music as a small girl at school, where she was first introduced to the gamelan – the traditional Indonesian percussive metallophone instrument ensemble. She later attended the Institute of the Arts Indonesia in Surakarta, more commonly known locally as ISI – Institut Seni Indonesia, where she studied karawitan (classical gamelan music and performance practice).  She wanted though to be able to play kendang drum and rebab, as well as sing with gamelan, which is unusual in Indonesian culture as women, known as Sinden singers, usually only sing as part of a gamelan. Breaking with tradition though, Nur wanted to be able to perform all three elements in a gamelan ensemble. 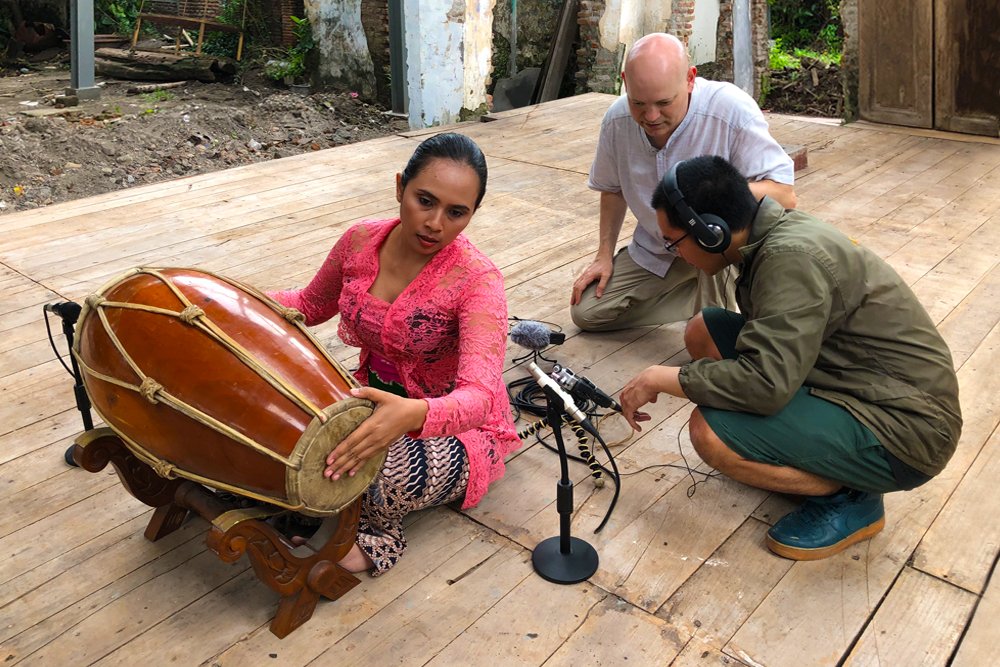 Although – quite unusually – she’s into heavy metal, particularly American band Lamb of God, her favourite music is gamelan-singing, both classical karawitan style and wayang kulit (the shadow puppet style performance in which a gamelan orchestra is an integral part). Nur’s performed internationally, including in Singapore, Turkey and a number of European countries, often singing at traditional weddings. In fact, the day before our recording session with her, she invited us as her guests to a traditional wedding in a small rural village outside of Surakarta where she was singing as part of a full Indonesian gamelan orchestra. An incredible experience indeed!

We sampled her vocals from this session in a track from our Orchestra of Samples project called Somewhere Else – here’s the video of the track from a live performance, where you can see her singing (sampled alongside other recordings from around the world):

Somewhere Else was also released in early 2022 on Dutch label AudioMaze as part of Kuntari and Addictive TV’s joint EP Pararatronic which was supported by the British Council.

For more info about Orchestra of Samples and Nur Handyani, check out: https://www.orchestraofsamples.com/connectionsthroughculture/

© Addictive TV 2022 / Orchestra of Samples
Photos © Francoise Lamy. With many thanks to Tesla Manaf.