Gifted soul, jazz and rap artists Carleen Anderson, Nikki Yeoh, Speech Debelle and Nubya Garcia join forces to explore the power of protest songs.Leading an incredible sextet are the soulful Carleen Anderson, jazz virtuosos Nikki Yeoh and Nubya Garcia, and Mercury Prize-winning rapper Speech Debelle.On stage together for the first time, they perform interpretations of iconic songs from the time of the 1960s struggle for civil rights through to today. The concert includes powerful new compositions by both Anderson and Yeoh, which highlight the ongoing fight for equal human rights.The band also features the talents of bassist Renell Shaw, who has collaborated, recorded and toured alongside Rudimental, Skepta, and Nitin Sawhney, plus drummer Rod Youngs, who has played with Gil Scott-Heron, Hugh Masekela, Courtney Pine and Jocelyn Brown, among others.Produced by Sound UK. Supported by Arts Council England and PRS Foundation’s The Open Fund.
Nikki Yeoh is a creative free spirit who, although deeply rooted in the language of improvisation, is open to a range of music that leans as much to populism as it does high art.
KEVIN LE GENDRE, BBC RADIO 3
She's not just good, she's phenomenal. Carleen Anderson is one of a kind.
JAMES BROWN
Performers
Carleen Anderson vocalistNikki Yeoh piano, keyboardSpeech Debelle rapNubya Garcia saxophoneRenell Shaw electric bassRod Youngs drums 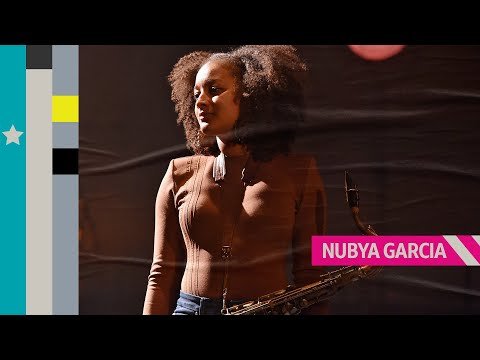 London-based saxophonist and composer Nubya Garcia recently took part to BBC Radio 6 Music 2021 performing, among others, ‘The Message Continues’, part of her latest album Source.   You can watch her set in its entirety visiting the BBC Radio 6 website: https://www.bbc.co.uk/programmes/p098pwnl   TweetSharePin0 Shares