Two of hip hop’s most accomplished producers bring their new highly acclaimed live project, featuring a 9-piece brass and string section, to the UK for the first time.

When two of hip-hop’s most accomplished composers & producers join forces on a new project you know the results are going to be special.

Ali Shaheed Muhammad (founding member of A Tribe Called Quest and super producer in his own right) & Adrian Younge (Black Dynamite, Jay-Z, Ghostface Killah, Wu Tang Clan, Talib Kweli etc)  began their work together in 2013 on the critically acclaimed Souls of Mischief There Is Only Now and Kendrick Lamar’s untitled unmastered albums.  Their partnership cemented on their celebrated music score work for Marvel’s Luke Cage.

Inspired by the sonic aesthetic of Luke Cage their creative dynamic was crystalised in a brand new project ‘The Midnight Hour’, which was released to rapturous acclaim in 2018.

The Midnight Hour is black excellence: an ode to the cultural sophistication of the Harlem Renaissance that occured in New York in the 1920s.  The Midnight Hour album is not just Ali Shaheed Muhammad and Adrian Younge, it’s two of hip-hop’s greatest producers with a tight rhythm section and a full orchestra as well as some of the most celebrated names in contemporary hip-hop, R&B, soul & jazz including CeeLo Green, Raphael Saadiq, Marsha Ambrosius, Bilal, Eryn Allen Kane, Karolina, Questlove and more.

They take this snapshot of this chapter of Black American culture on the road this Spring performing the acclaimed album with full live band, string and brass section. It’s quite simply one of the most unmissable tours of 2019. Don’t sleep. 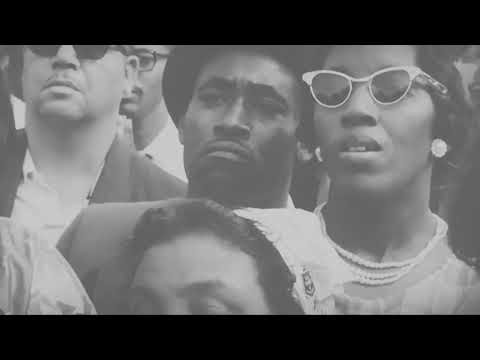 ‘Day by Day’ is extracted from the sixth instalment of Jazz is Dead series, dedicated to the influential American saxophonist Gary Bartz.   The album is a collaboration between Bartz, hip-hop DJ and producer Ali Shaheed Muhammad and composer and multi-instrumentalist Adrian Younge, who curate the series.   “Day By Day” brings…