Anchorsong – aka Masaaki Yoshida – has become globally recognised for his unique live shows, which many people have described as “like watching a painter drawing on a white canvas”, as he creates electronic music completely live using a

sampler (MPC2500) and a keyboard, right in front of the audience. Since his relocation from Japan to Europe in late 2007, Anchorsong has supported Bonobo, Prefuse 73, DJ Krush, Daedelus, Gonjasufi, Jaga Jazzist. He has garnered an international following on YouTube, with videos of his performances having been viewed more than 450,000 times so far.

After releasing new critically acclaimed album Cohesion on Tru Thoughts last year that drew a lot of positive attention from BBC 6 Music, Anchorsong returns to London for a live show with dull string quartet. Expect colourful, mildly psychedelic and incredibly danceable rhythms that, when paired with a string quartet, will leave your head spinning.

Support for this very special night of cutting edge electronica come from both Kiki Hitomi and Cornelia. Kiki Hitomi has primarily made a name for herself as a singer/songwriter for Ninja Tune’s Midas Sound. Her solo material has also released positive reviews from FACT Mag and draws upon both Japanese electronica and reggae influences. Cornelia, who’s collaborated with the likes of Bonobo and Portico Quartet, is known for her unique breathy vocals and skittering electronic beats.

Featuring the best of the best in up and coming electronica, this night at Scala is unmissable. 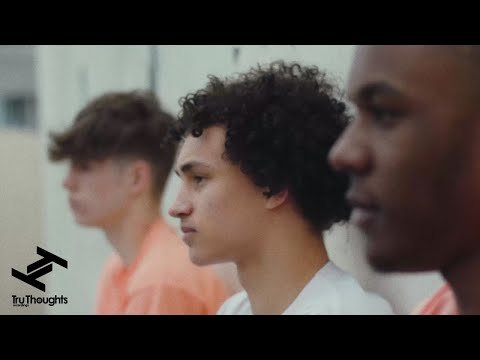