Electro-traditional music of Congolese street party band Konono N°1 and their infamous home-made amplification system and makeshift junkyard percussion was first introduced to western audiences by Crammed Records in 2004. Their wild, otherworldly music was compared to both Kraftwerk and Lee Perry by critics and won them fans from Beck and Thom Yorke to Herbie Hancock and Björk (whose last album they plyed on). An inspired series of albums followed, under the collective moniker of Congrotronics, featuring amongst others the Kasai Allstars, and a phenomenon was born.

Inspired by the recent Tradi-Mods vs Rockers album on Crammed, featuring remixes of Konono N°1 and Kasai Allstars by some of alternative music’s coolest names, tonight’s bespoke show features an awe-inspiring ensemble of 19 Congolese and Western musicians. Together they explore and re-invent some of contemporary music’s most unique music in a joyful homage to a shared musical DNA. Expect to be intrigued, enthralled and uplifted as you dance the night away.

'If all this project manages to do is infect a few of us cynical types with that same sense of exhilarating energy it has been worth crossing continents for.' NME

‘For an album made up of the contributions of 26 different artists, each with their own individual vision, it’s odd how cohesive everything here feels… with the traces of heady and hypnotic Congotronics rhythm acting as the one constant that allows each track to share at least a tiny drop of the same DNA.’ Drowned In Sound on Tradi-Mods vs Rockers (Crammed Discs, 2010) 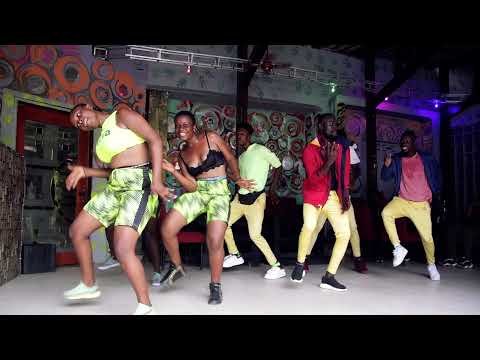 Check out the 2nd single extracted from Congolese Kasai All-Stars‘ brand new album Black Ants Always Fly Together, One Bangle Makes No Sound, out on Belgian label Crammed Discs.   “This is the story behind the lyrics: in certain villages of the Basongye people, someone occasionally plays the part of… The group Konono No.1 and Angola-born, Lisbon-raised, artist Batida, have teamed up and released Konono No.1 meets Batida, an album that is both thought-provoking and also an enjoyable listen. The songs are engaging medleys of electronic instrumentation, along with sounds such as the thumb piano, that we assume that the Congolese listeners would already…