King Coya, a true pioneer of the digital Latin scene, brings his Folklore for the dancefloor to Redon for his debut London show! June sees the release of his second full-length album on ZZK Records, Tierra de King Coya. Backed by incredible dance trio Queen Cholas, King Coya's live show redefines World Music, taking the audience on a sonic exploration of the Latin American continent through a digital lens.

With us for another debut London show, Kaleema’s music is where the organic and the exotic collide. With music featuring the likes of Chancha Via Circuito, Lido Pimienta and many more, her songs contain notes of South American melodies and African Folklore, all coming together under contemporary electronic beats.

King Coya, from the Northern Argentine Andes, is the digitalised, imaginary version of Gaby Kerpel, who blends traditional Colombian Cumbia and Argentine Folklore with electronic music. Gaby Kerpel is a renowned Argentine composer whose credits include the score to De La Guarda and Fuerza Bruta and a soundtrack on Island Records of the same name.

Since his debut as King Coya with Cumbias de Villa Donde (2009) Gaby has produced remixes for artists such as Amadou & Mariam, Brazilian Girls, Julieta Venegas, Luzmila Carpio, Chancha Via Circuito, Tom Tom Club, Petrona Martinez and Magin Díaz amongst others.

2018 sees the release of his second full-length King Coya album, Tierra de King Coya, in which he lays down his own vocals while also playing a smattering of live instruments and rhythms such as the Wayno and instruments from the Andes like the ronroco and tarka, are digitally intertwined with the ritual of dance and celebration.

Kaleema is Heidi Lewandowsky, born and raised in Buenos Aires, Argentina, where she was classically trained on the violin. Taking that foundational knowledge, she began to travel and study music all over the world, with influences from Afro-Colombian rhythms to modern Hip Hop seeping into her music as she moved.

Kaleema's home base is Buenos Aires, where she collaborates with heavy hitters in the electronic folk scene. In 2017, Kaleema released her first full length album, Nómada, which features collaborations from Lido Pimienta, Chancha Via Circuito, Sara Hebe, and many more with a follow-up remix EP released in 2018 with remixes from the likes of El Búho and Uji. She has also appeared on various compilations, including Waxploitation's Future Sounds of Argentina. 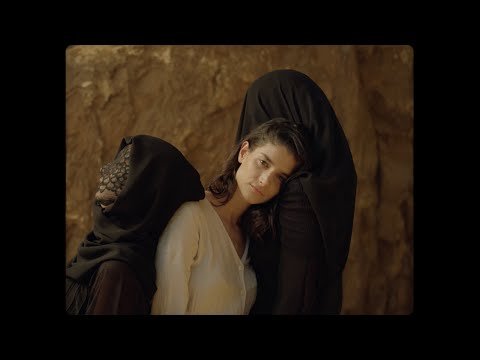 In a few hours (from 6PM BST), Argentinian folktronica musician, singer and producer Kaleema, together with other 15 Wonderwheel Recordings artists from around the planet, will give life to a special livestream celebrating the New York based label and global beats.   The online event will features live performances and… Enjoy the third and final single extracted from Kaleema‘s upcoming album Útera, out on Friday via Wonderwheel Recordings: https://wonderwheelrecordings.bandcamp.com/album/tera   “Underneath Kaleema’s beautiful crooning, pulsating and drifting synths are cushioned by bewitching rhythms that transport you into a serene soundscape. Misty melodies call to mind a mystical sunset over a… Interview: Kaleema – ‘The Most Beautiful Thing is When Two Worlds Crash’

It’s not been easy, Kaleema tells us, to make herself a nurturing musical home. Two inner worlds kept colliding. The seemingly disparate areas of her creative life, classical study and electronic production, kept crashing against each other. But Kaleema persevered through her orchestral upbringing. She found her way to the…