On 6th December the Music Halls Project will be heading over to Heath Street Baptist Church in Hampstead for a special one-off screening of Manu Delago's groundbreaking new music and film project Parasol Peak, followed by a live concert from the film's band.

Pioneer of the hang (handpan), captivating musician Manu Delago has recently release a unique and awe-inspiring movie and accompanying album, Parasol Peak, in which Delago leads an ensemble of 7 musicians on a mountaineering expedition in The Alps. Along the way, the group perform a collection of brand new compositions in different locations, at varying altitudes. Parasol Peak became an exercise in the artist removing himself from studios, tour buses and laptops, and seeking to compose and perform both within and as part of nature, using only totally acoustic instruments. Delago was not only inspired to incorporate the ensemble’s natural surroundings in The Alps, but also the percussive sounds of the group’s climbing gear.

The Austrian-born composer was discovered by Björk, who first invited him to perform on her Biophilia tour. He is now a fixture of Björk’s live lineup and has also toured with The Cinematic Orchestra and Ólafur Arnalds. Further, he earned a Grammy-nomination for his work on Anoushka Shankar’s album Land of Gold, performed Hang on Poppy Ackroyd’s latest album ‘Resolve’ and has appeared as a soloist with the London Symphony Orchestra.

With support from Owl Parliament Choir. With a Giro (d’Italia) just ended and a Tour (de France) only a few weeks away, the cycling season is in full swing, so much so we can’t welcome and back enough the cultural and sport feat undertaken by Manu Delago. The London-based Austrian Hang player, percussionist and composer is… 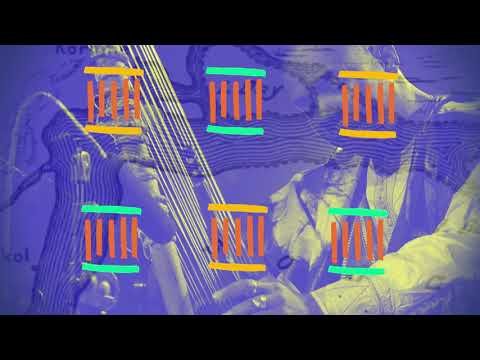 ‘Mamadou Kanda Keita’ is extracted of the “very special” collaborative album Korolen by Malian kora master Toumani Diabate and renowned London-based symphony orchestra LSO.   “Commissioned as a special project by the Barbican Centre in London and produced by World Circuit, these recordings feature Diabaté and his group of eminent Malian…