Anda Union (“Undoubtedly one of the most talked about bands at WOMAD 2011” Songlines), are a thoroughly addictive combination of Mongolian musical styles is a reflection of their roots. Hailing from differing ethnic nomadic cultures the ten strong band unite tribal and music traditions from all over Inner Mongolia in China. Anda Union bring a wide range of musical instruments and vocal styles together in a fusion that Genghis Khan himself would have been proud of. Keenly aware of the threat to the Grasslands and their age old Mongolian culture, Anda Union are driven by their fight for the survival of this endangered way of life, by keeping the essence of the music alive, influencing a generation of young Mongolians in Inner Mongolia as traditional music flourishes in the capital

Music gatherers, digging deep into Mongol traditions and unearthing forgotten music. They are on a mission to stimulate their culture and reengage young Mongols, many of who have forgotten how to speak their own language. “Our music draws from all the Mongol tribes that Genghis Khan unified. We all have different ethnic backgrounds and we bring these influences into our music. There is a wealth of folk music for us to learn, so far our repertoire of songs is like a drop in the ocean”

Anda Union all trained in traditional Mongolian music from a young age, many coming from musical families. They are part of a musical movement that is finding inspiration in old and forgotten songs. As a group they hold on to the essence of Mongolian music whilst creating a form of music that is new. Anda Union combine different traditions and styles of Mongolian music, developing an innovation previously unheard of. 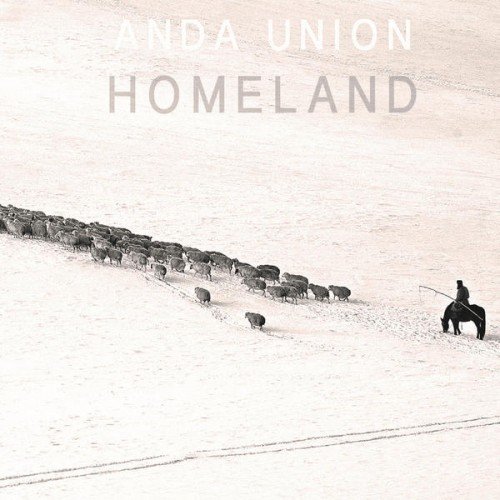 Homeland is the new album from Anda Union, who for 12 years have steadily developed a profile on the global music scene as the foremost exponents of traditional musical forms from across Mongolia. This, their second album, is a tribute to the landscapes, people and ways of life they hold…