The Jamaican roots reggae band capture the heart, soul and spirit of the genre better than any other. The vocal trio’s heavenly close harmonies, dark melodies, and Rastafarian themes, all delivered with a deep spiritual feeling, were instrumental in defining and refining the genre.

Initially breaking out with ‘Satta Massa Gana’, ‘Declaration of Rights’, ‘Jerusalem’ and ‘Let My Days Be Long’, over the next few years the trio continued to release hits. This culminated in 1976 with the release of their debut album Forward Onto Zion. Produced by Clive “Azul” Hunt it included hits, re-recordings and new material and remains a roots masterpiece that has brought the group international acclaim. 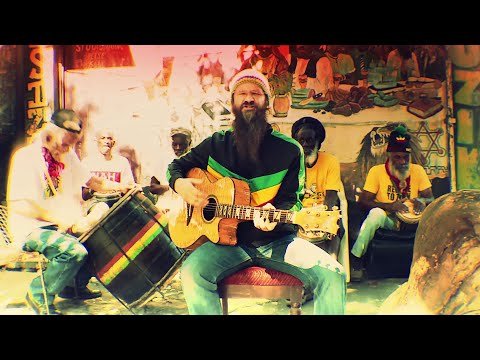 Check out the new collaborative single by Northern California-based reggae roots group Groundation and legendary Jamaican bands Israel Vibration and The Abyssinians.   The track is the first one extracted from Groundation’s tenth studio album titled One Rock and out in May via French label Baco Music and American Easy Star… Who?
Andy Williams, The Abyssinians